COMMENTARY || Why having robot co-workers might make you less prejudiced

When robot co-workers are the out-group, human workers become less prejudiced against other humans, researchers find. 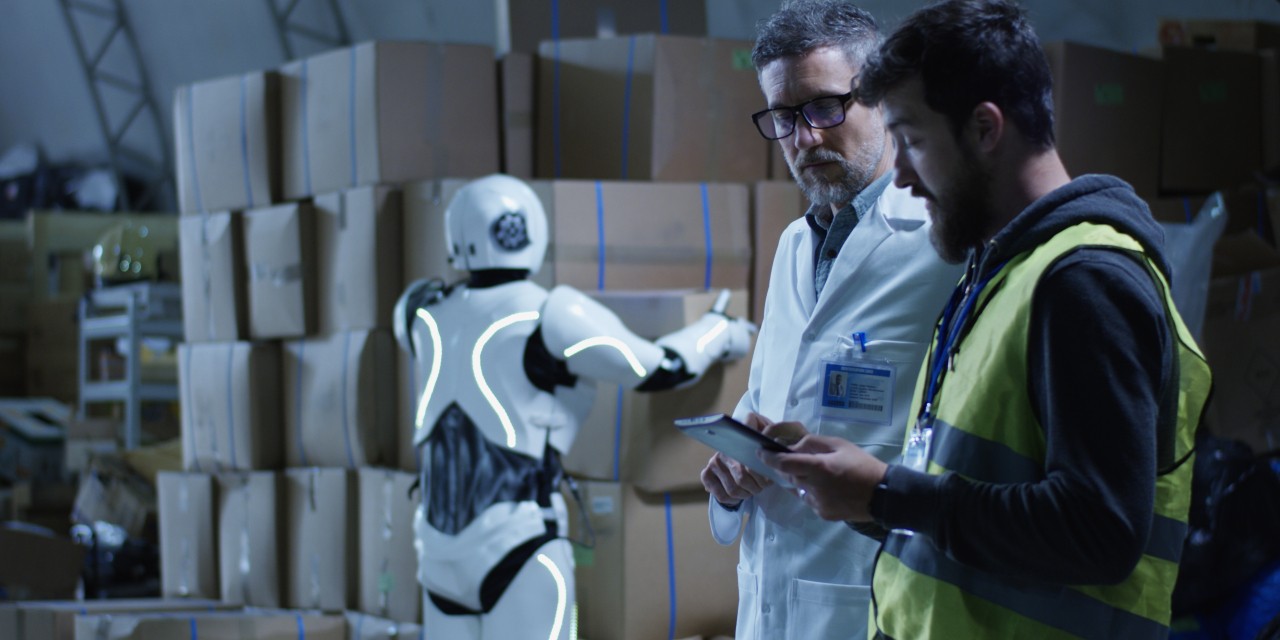 Researchers found that people who were given information about the rising prevalence of robot workers felt less prejudice toward people from different demographic groups. (Photo: Getty Images)

Automation is changing America. Robots already operate rescue missions and build our cars, and they may soon be assisting in surgery and teaching our children. As many as 73 million American jobs could be lost to automation by 2030, and economists have written at length about the consequences of this transformation. However, automation may have implications beyond the economy, and few have considered how robots will change America’s social fabric.

One possibility, raised by Andrew Yang, a Democratic presidential candidate, is that automation will turn people against each other, stoking distrust and anger. In an interview last year, Yang claimed that “all you need is self-driving cars to destabilize society,” speculating that automation could “create riots in the streets” since so many men work as truck drivers. Is Yang right?

There are reasons to believe that he is. Past technological revolutions are infamous for fuelling prejudice and discrimination. Industrialization in the United States in the late 19th century, for example, ushered in an era of ethnic tension as immigrants from Eastern Europe and Asia were demonized for taking low-paying jobs. And in Britain in the early 19th century, mechanization of the textile industry united the Luddites against the government, creating stark class-based division and rural conflict.

Some data suggest that the current wave of automation will be no different. In our analysis of 37 nations, we found that the countries with the highest density of working robots have grown more prejudiced and distrustful of foreigners over the last 40 years. Nations with rising rates of automation also tend to have rising rates of unemployment, and unemployment correlates with prejudice.

However, politicians often blame immigrants for rising unemployment even in cases where automation led to job loss. This raises an intriguing question: If people were more aware of a rising robot workforce, would they still react with distrust and prejudice toward immigrants and minorities?

Our new research took on this question and found that people’s awareness of a growing robot workforce may actually improve social relations. We conducted seven experiments, showing that when people are exposed to information about the rising prevalence of robot workers, they feel less prejudice toward people who belong to different demographic groups.

We found this positive effect in several different contexts. In one study, for example, we showed that reading a newspaper article warning about the dangers of automation led people to report less distrust of foreigners and a greater willingness to live next to immigrants and people of a different race, religion and sexual orientation.

In another study, we asked people to imagine that they were the treasurer responsible for assigning salaries in a hypothetical commune. When the commune included only humans, white research participants showed racial bias in assigning more money to white workers than to black and Latino workers. However, they were significantly less biased when the commune also included robot workers.

Our other studies showed the same pattern. Without robots, people tended to see people of a different race or religion as members of a separate group. But when people thought about robot workers, other human groups began to look more familiar. Christians and Muslims have different beliefs, but both are made from flesh and blood. Latinos and Asians may eat different foods, but they eat.

Robots did not need to be framed as a threat to produce these effects. Even the mere awareness of robots made human commonalities more visible, reducing prejudice.

These findings also reflect important truths about the psychology of prejudice. Humans will always separate “us” from “them.” This may be a universal instinct. But whom we choose to classify as “us” or “them” appears to be much more flexible.

In the film Independence Day, people of Earth were able to put aside their differences and band together in the face of an alien attack. Robot workers might have a similar effect, leading people to find common ground with others whom they typically see as different.

This article originally appeared Jan. 1 in the Los Angeles Times.

COMMENTARY || Why having robot co-workers might make you less prejudiced