COMMENTARY || Why sleep training will not hurt your child

It can be hard to hear your baby cry in their crib, but sleep training can pay off for both child and parent, says U of A physician who tried it with her own daughter. 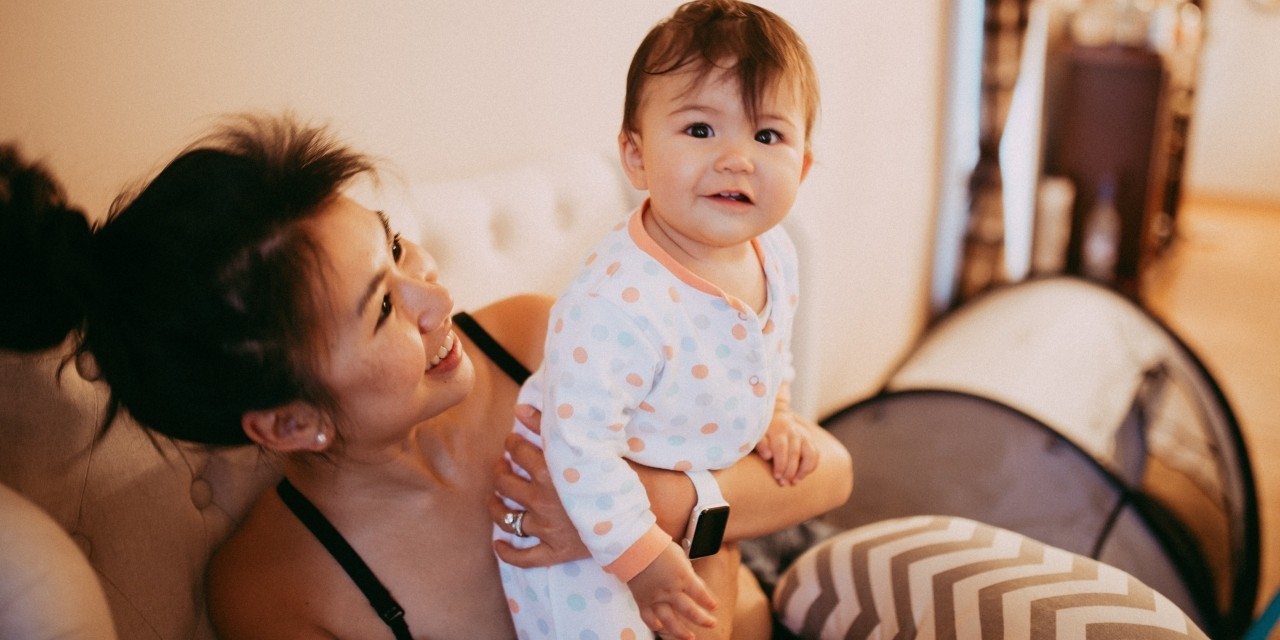 "As a mom I couldn’t stand hearing my daughter cry herself to sleep, but as a physician I knew that sleep training was safe and that a well-rested baby would be a happy baby," says Stephanie Liu, pictured with her daughter Madi. (Photo: Supplied)

Throughout my medical training, I thought putting an infant to sleep was as simple as putting them down in a bassinet or a crib. When parents approached me complaining of how difficult it was to get their infant to sleep, I would think to myself, “Put them down and that’s that!”

After my daughter Madi was born, I realized how challenging it is to get your child to sleep in their own crib or bassinet, and to sleep for more than a few hours at a time.

The first few months of Madi’s sleep were challenging, but I expected it. As a family doctor, I knew that infants are not expected to sleep through the night until they are around four months old. I would breastfeed Madi to sleep and gently transfer her to the bassinet, but the motion would cause her to wake and we would have to repeat the bedtime routine all over again. As she would wake up every three to four hours, we ended up doing this at least three times per night.

My husband and I were exhausted, but we assumed that if we could make it to four months, we would all be sleeping through the night.

In my medical practice I have reassured many parents that sleep training is safe so long as periodic checks are made. As a mother I could not follow my own advice. I read blogs written by other mothers saying that sleep training caused their child to develop attachment disorders, depression, anxiety and even attention deficit hyperactivity disorder (ADHD).

I worried that sleep training would cause my child to feel alone or unsupported. The medical misinformation I read online made it difficult for me to “practise what I preached” and delayed my decision to sleep train my baby.

No evidence of negative effects

It was only when Madi was 11 months old and I was beyond exhausted that I decided to review the medical evidence. There are two medical studies that specifically examined the effects of sleep training on child mental health and development, both of which found no adverse outcomes.

One of the studies, published in Pediatrics, showed that “graduated extinction” and “bedtime fading” (two common methods of sleep training) had no adverse effects on the stress response of infants, and no effects on parent-child attachment.

This study found no evidence that sleep training had negative effects on any of these outcomes.

Although it was heart-wrenching to hear my daughter cry when I put her in her crib, I had to trust the evidence over my fears. In my heart I knew that a reasonably well-rested, happy mother would be better for her. I reviewed a summary of sleep training published by the Ontario College of Family Physicians, which stated:

“Sleep training improves infant sleep problems, with about one in four to one in 10 benefiting over no sleep training, with no adverse effects reported after five years. Maternal mood scales also significantly improve, with patients having worse baseline depression scores benefiting most.”

As a mom I couldn’t stand hearing my daughter cry herself to sleep, but as a physician I knew that sleep training was safe and that a well-rested baby would be a happy baby. After not sleeping through the night for 11 months, I started the process of sleep training.

The process was incredibly stressful and upsetting. Ultimately, we had to try three different methods before we found one that worked for us. In the end, unmodified extinction worked.

In this method, you put your baby into their bed after their normal bedtime routine and let them “cry it out” until they fall asleep. Upon exiting the room, caregivers can watch the baby on a monitor to see how much time it takes for them to settle. Over time, the baby will gain skills to self-soothe, and this time will be less and less each night.

After three days of applying this method, Madi was sleeping from 8 p.m. to 7:30 a.m. with no disturbances. She is a happier baby because she is rested, and I feel like a new person with a full night of sleep.

Stephanie Liu is a clinical lecturer in the Department of Family Medicine. She also offers evidence-based parenting and health advice on her blog, Life of Dr. Mom.

This opinion-editorial originally appeared March 28 in The Conversation.

COMMENTARY || Why sleep training will not hurt your child