Kevin Zentner turned his academic career around by getting involved, working with the less fortunate. 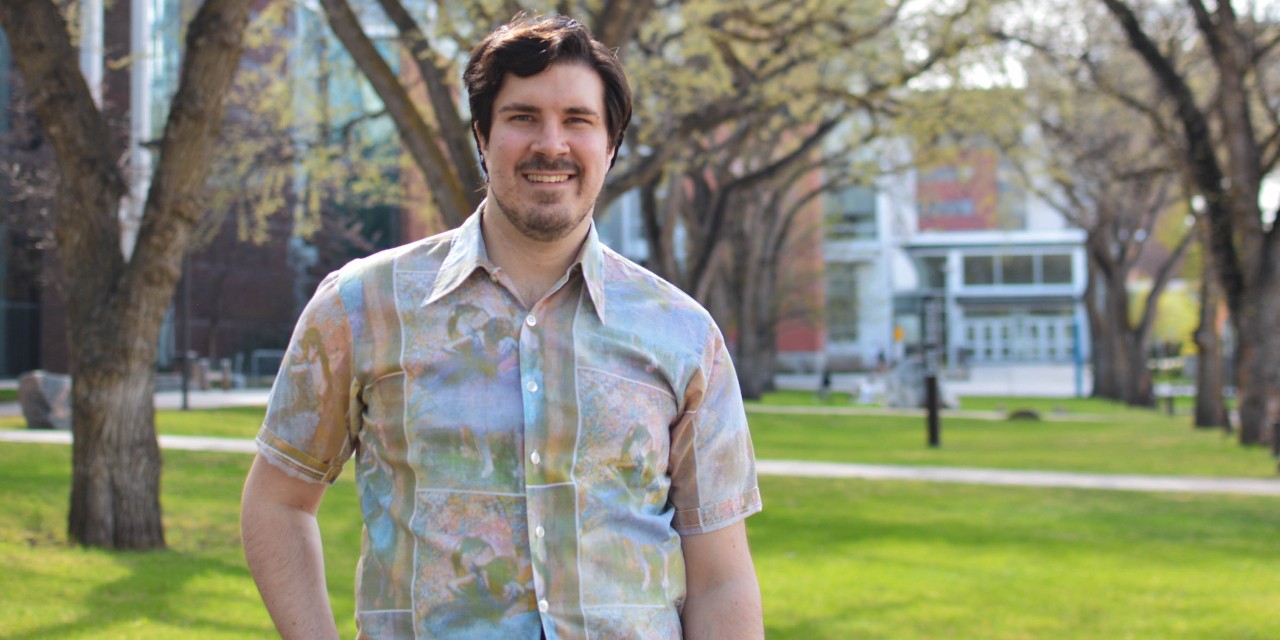 In advocating for people with disabilities, Kevin Zentner discovered a new purpose that helped him succeed as a business student. “When you care and you extend yourself, you try to get involved. That's where the learning happens. And that’s when you get successful.” (Photo: Diane Jeon)

In the weeks before his first University of Alberta classes in 2016, Kevin Zentner nervously paced the campus, trying to keep the acronyms straight.

“I had no idea what everyone was saying when they said SUB or HUB or CAB or whatever else,” said Zentner. “It sounds funny, but that anxiety was massive for me.”

In the years that followed, Zentner not only managed to differentiate the Students’ Union Building from HUB Mall, he finished a bachelor of commerce degree with a near-perfect GPA. He’s given a TEDx Talk on technology and how it affects people with disabilities. He picked up Mandarin, completed a leadership certificate program and has been involved in student leadership and countless other volunteer experiences. Not bad for a guy whose first attempt at post-secondary—a decade earlier at another Edmonton school—had ended in complete failure.

Zentner describes his first attempt at post-secondary education as “a nightmare,” three aimless semesters where his grade point average dropped “below 1.0.”

He found plenty of perspective in the years that followed. He toured Western Canada as a bassist for indie and punk bands, rolling down many highways “with a bunch of sweaty dudes.” He learned to hustle on the sales floor of a music shop, then moved into management as the company moved through a rapid expansion and transformation. Then he went back to university to learn more about supply chains and branding.

While he may have had lingering doubts about his abilities, he was determined to give his best.

Caring for more than just the 80 per cent

During his degree, he worked for Neighborhood Bridges, an Edmonton organization that helps people with intellectual disabilities and their families. The job initially fit into his schedule, but soon opened his eyes to the diversity of human experience and the barriers people need to overcome simply to survive. That became the focus of his TEDx Talk, which explored how technology can further alienate people with disabilities.

“It started as something I could do to pay rent,” said Zentner, who also volunteered with Hope Mission and the Edmonton Food Bank. He soon found himself immersed in a job that could take the occasional unexpected turn, requiring him to be ready to provide support during a crisis.

“I slept on a lot of couches in my day, helping people out because that’s what needs to happen for these people.”

While enrolled at the Alberta School of Business, Zentner became one of 12 students accepted into a leadership certificate program, a cohort group that meets weekly for two years. That led to a special project for the Winspear Centre, where he completed a study about how the soon-to-be renovated downtown concert space, which will face 97th Street, could engage the neighbourhood—not just the visitors who show up periodically in evening attire—by opening up for a wide variety of performances and events.

“There’s a lot of homeless folks around there, a lot of disadvantaged people who live in that area,” Zentner said. “They don’t want to just be the place to have the symphony, they want to be a hub for the community and for music in Edmonton.”

Zentner argues that many businesses make a mistake by targeting segments too narrowly, writing off the wider population as part of their business models. He believes that by designing better spaces, programs or procedures, they could expand their reach and impact without using traditional marketing tactics.

“We only really cater to the 80 per cent,” Zentner said. “I think there’s a lot of good work to be done in understanding the value of that extra 20 per cent and in changing the mindset for how we design things.”

Getting involved as a way to get ahead

Zentner’s first attempt at university was a flop, but it taught him that coasting won’t cut it.

“I didn’t really know how to study. I never did study,” Zentner said. “That was something I really had to learn.”

This time around, he worked hard to improve his study skills. Instead of relying solely on notes and textbooks, he talked to instructors and learned more about their expectations. He created plans to help balance course workloads. A calculus course he’d flunked twice was one of his first As.

“I didn’t feel stuck anymore,” Zentner said. “It was off to the races for me. That under 1.0 GPA turned into a 4.0 real quick, once I had built myself a model to approach university.”

Now that he’s finished, Zentner has a job lined up as an analyst for PCL Construction. Thanks to the COVID pandemic, he’s had a bit more time to play music. And he’s already got his eye on a PhD in business, hoping to understand how to explore design and accessibility.

“The number one reason why I was not successful in university the first time was that I didn’t care,” Zentner said. “When you care and you extend yourself, you try to get involved. That mentality, that’s where the learning happens. And that’s when you get successful.”