U of A project could inspire municipalities, landowners and Indigenous communities. 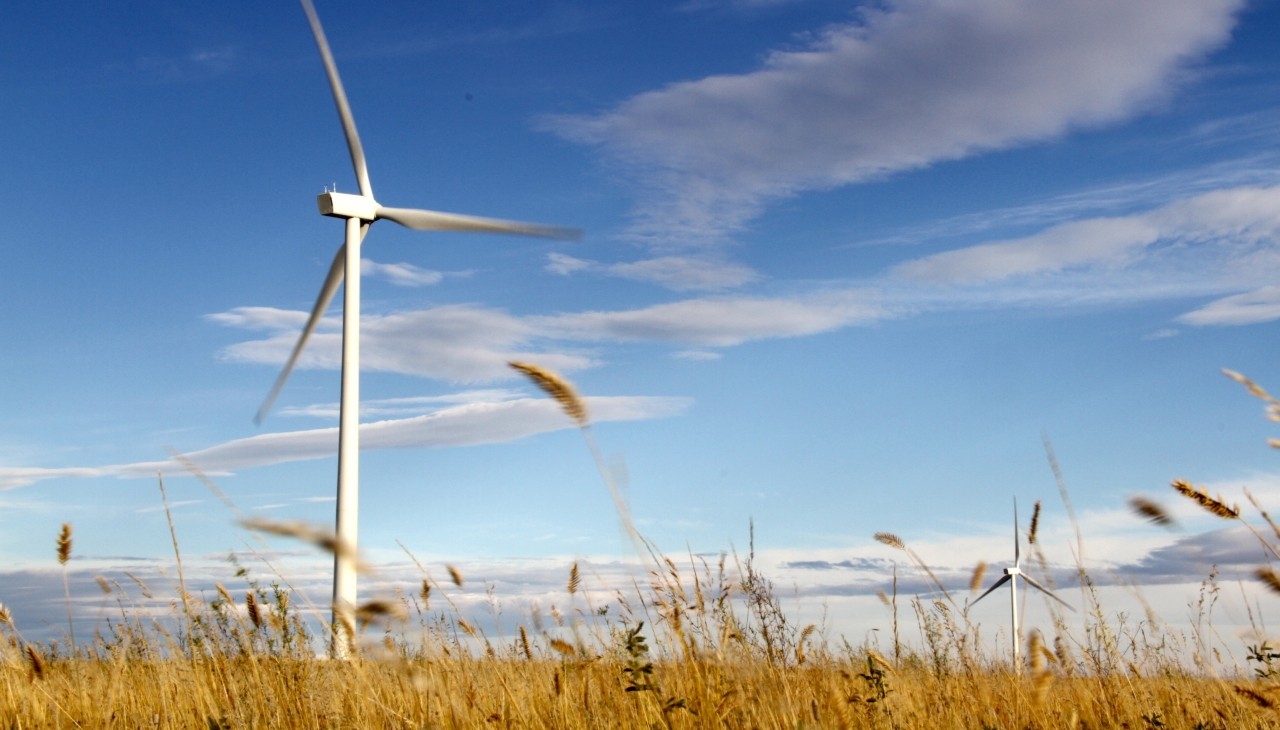 The Box Springs Wind Farm in Medicine Hat, Alta., is one of five case studies U of A researchers compiled to show how renewable energy projects can benefit rural communities in Canada. (Photo: Green Energy Futures)

Rural Canadian communities aren’t usually at the centre of conversations about renewable energy, but a University of Alberta environmental sociologist is hoping to help change that.

John Parkins is examining how energy transitions have the potential to help rural communities struggling with shrinking populations, aging infrastructure and declining primary industries. The expert in rural development worries that these communities could be sidelined during a shift to renewables, leading to opposition, resentment and a widening political gap.

“As a resource, renewables can potentially provide a solution,” said Parkins. “But there’s no automatic benefit to communities, unless communities are engaged and deeply involved in the design and implementation of these projects.”

Parkins’ report shows what’s possible for communities hoping to take a stronger command in their own backyards. In Valemount, B.C., a geothermal project has the potential to revive an old lumber town. In Medicine Hat, wind power is adding to a strong natural gas reserve. In Kimberley, B.C., a solar farm has been built on top of an abandoned mine site. And on Vancouver Island, run-of-river hydro projects are empowering the Tla-o-qui-aht First Nation.

“If we can find ways of facilitating more local benefits to individuals and communities, perhaps there will be more openness,” Parkins said. “If they don’t work hard at it, it’s all going to be owned by distant shareholders.”

While the vast majority of Canadians support more renewable energy, the economics have only recently caught up. According to global financial auditing firm Lazard, wind has gained an upper hand on coal on cost efficiency. Utility-scale solar isn’t far behind, with the added bonus of aligning more closely to daily energy use.

Yet many rural Alberta landowners remain staunchly opposed, despising wind energy more than almost any other power. Rural Alberta landowners still prefer coal mines to turbines, according to a survey Parkins conducted earlier this year and will publish in coming months. Only nuclear power faces stiffer opposition than wind.

Parkins has interviewed landowners to understand why. Oil and gas has put food on the table for generations. A way of life has hardened political allegiances, feeding perceptions of renewables as a subsidized ideological intervention. A spectrum of views persist around climate change. And despite evidence to the contrary, many think renewables just can’t be efficiently integrated into the grid.

The ways renewable projects are built also figures into that ambivalence. For the most part, Alberta’s wind farms have been large-scale, owned by utility companies or backed by international investors. As a result, Parkins said, project benefits tend to flow away from communities, pitting landowners against each other for a small share. Massive wind towers become symbols of resentment, not co-operation.

“There’s a lot of things working against the social acceptability of these farms,” he said. “This is another motivation for thinking about how to design these projects in ways that make them more acceptable.”

Parkins sees the need for outside proponents to work harder on design supported by the community, with more equitable distribution of benefits. But he added that rural communities and landowners also need to actively work to ensure energy transitions benefit their communities.

“Communities often feel that they have to accept what the proponent is offering,” Parkins said. “That’s not the case.”

The renewable map of the future

Parkins believes communities are not only better off fighting for more attractive terms, but also banding together and innovating on their own.

Small-scale community energy projects have proliferated for decades in the United Kingdom, Germany and Denmark. There have been some early successes in renewable-skeptical Alberta, including a small southern Alberta town that recently made headlines for reaching net zero on its electrical costs. For First Nations and other Indigenous communities, energy transition could mean greater energy independence.

One of the big upsides of most renewables is that scale isn’t set in stone, Parkins said. A massive investment isn’t required to add solar panels. Different ownership structures—co-operatives, development trusts, share ownerships or benefit-sharing agreements—can allow communities to find arrangements suited to their location and economic situation.

The searchable map of Canada’s 1,100 utility-scale renewable projects offers tantalizing clues about the possibilities for energy transition, including hydro projects built in the late 1800s that are still operating. In the months to come, the team hopes to conduct a national survey to gauge interest in renewables from local decision makers, planners and community leaders across the country.

Attitudes don’t change overnight. Parkins is setting his sights on research that could help inform government policy, interest corporations looking for buy-in or assist organizations like the Federation of Canadian Municipalities in advising communities about possibilities.

“One of the challenges with renewables is to try to imagine a future where people are no longer working in oil and gas as much, and are working in other kinds of sectors,” said Parkins. “We’re showing them what this might look like.“