Composing the music of the spheres 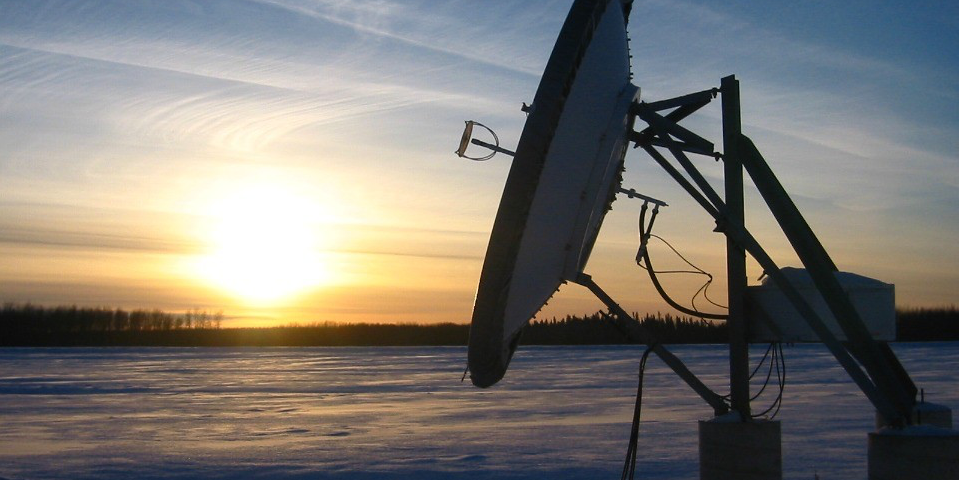 (Edmonton) Audio samples from a University of Alberta physics experiment are the basis of an international music contest that all Canadians can enter.

“The idea is to combine science and art to create a piece of music using sounds of space—electromagnetic waves converted to audio frequencies,” says U of A physicist Andy Kale.

The electromagnetic wave data come from the CARISMA network, an array of magnetometers stationed in the ground that are used to measure disturbances in Earth's magnetic field.

Kale explains how the data are turned into sound: “The audio samples are the measurements taken by the induction coil magnetometers deployed in the CARISMA array. The induction coils are essentially many turns of wire wrapped around a mu-metal core, which concentrates the magnetic field, increasing the sensitivity.

“Every time the magnetic field changes, a small voltage is induced and measured. The coils measure the changes in the Earth's magnetic field in the frequency range from 0.001 Hz to about 50 Hz.  By speeding these measurements up and converting them into an audio file, you can actually hear them.”

Audio samples from CARISMA range from popping “sferics” generated by lightning strikes to “tweeks,” sweeping “whistlers,” and chorus waves that sound like singing birds. Kale notes that in 2011, the artistic duo Semiconductor used CARISMA data to create an audiovisual piece that went on to win awards at the San Francisco International Film Festival and the Ann Arbor Film Festival.

The CARISMA experiment is led by University of Alberta professor Ian Mann, who is also a co-investigator with the organization holding the music competition, MAARBLE (Monitoring, Analyzing and Assessing Radiation Belt Loss and Energization). MAARBLE monitors data taken by instruments like CARISMA to learn more about the Van Allen radiation belts that surround the Earth.

The MAARBLE Sounds of Space music competition runs until May 31 and is open to any amateur or professional musician from countries affiliated with the collaboration, namely European Union member states, the United States and Canada.

The MAARBLE research project wraps up at the end of this year, but the CARISMA array will be in operation for at least another five years, recording more data and sounds from space.

Composing the music of the spheres
Newsroom