Memory permanence may be mediated by neural rehearsal following learning. 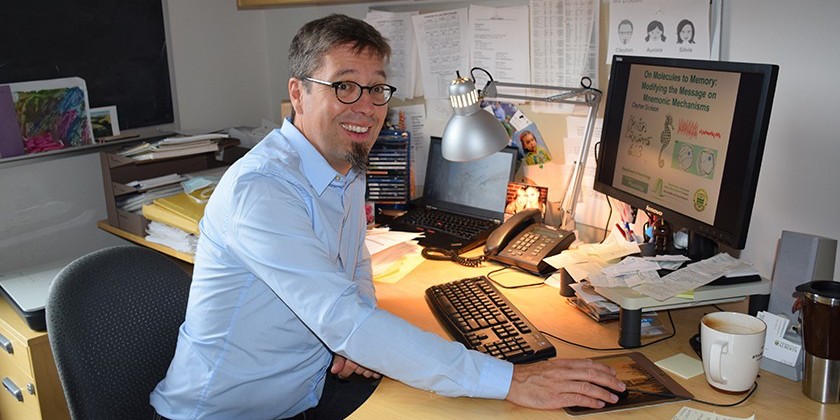 The permanence of memories has long been thought to be mediated solely by the production of new proteins. However, new research from the University of Alberta has shown that the electrical activity of the brain may be a more primary factor in memory solidification.

“It’s not just protein synthesis, long the dominant biological model, but also ‘offline’ memory rehearsal in the brain that leads to memory solidification,” says Clayton Dickson, psychology professor at the U of A and one of the authors of the new study. “Although the protein synthesis idea is entrenched in the field, we and others have been closely examining the older data that supports this and have found some perplexing inconsistencies.” For this study, Dickson worked with his undergraduate psychology honours students Jonathan Dubue and Ty McKinney as well as his departmental colleague Dallas Treit, all at the U of A and all part of the Neuroscience and Mental Health Institute.

“Learning is thought to occur ‘online’ by creating new or strengthened synaptic connections,” says Dickson. “However, we also know that the period directly following learning—when the brain is ‘offline’—is critical for solidifying that information.” Although agents that block protein synthesis can block future retrieval of this information at this stage, Dickson has long been convinced that this might be caused by disruption of electrical activity. He equates this stage to a mental rehearsal of the preceding events, activity patterns that likely help set the memory in the subject’s brain.

The stage when a brain is actively engaged in a new experience can be described as “online” activity. On the flip side of this neurological process, “offline” activity, or neural replay, is the process by which the brain rehearses what has been learned in order to strengthen the most important memories. What Dickson and his collaborators have shown is that protein synthesis inhibitors disrupt activity and can also disrupt “online” processing as well.

“Memory permanence is a critical element of our day-to-day lives,” notes Dickson. “Understanding how our brains solidify memories is essential for treating memory disorders and, in the case of post-traumatic stress disorder, for potentially ridding oneself of bothersome memories. The more we understand about the process, the more likely we can find a way for people to improve their good memories and eliminate the bad.”

Dickson's lab at the U of A is one of only a handful worldwide that critically assess the role of protein synthesis inhibition in memory and synaptic plasticity. “We are interested in what kind of neural activity patterns (i.e., brain waves) might specifically be involved in memory consolidation. We are currently trying to directly manipulate these patterns by using simple electrical methods.”

“Intrahippocampal Anisomycin Impairs Spatial Performance on the Morris Water Maze” was published Aug. 4 in The Journal of Neuroscience.