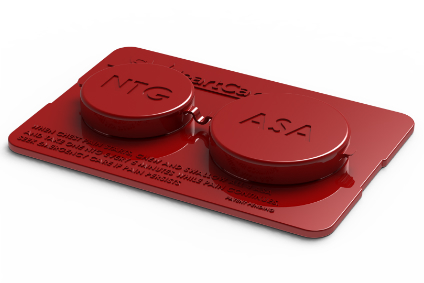 The SMHeartCard is smaller than a credit card and has separate, clearly labelled compartments for the ASA and nitroglycerin it holds. (Image courtesy SMHeartCard)

U of A-designed SMHeartCard is a handy way to ensure life-saving medicine is close by those at risk of heart attack. 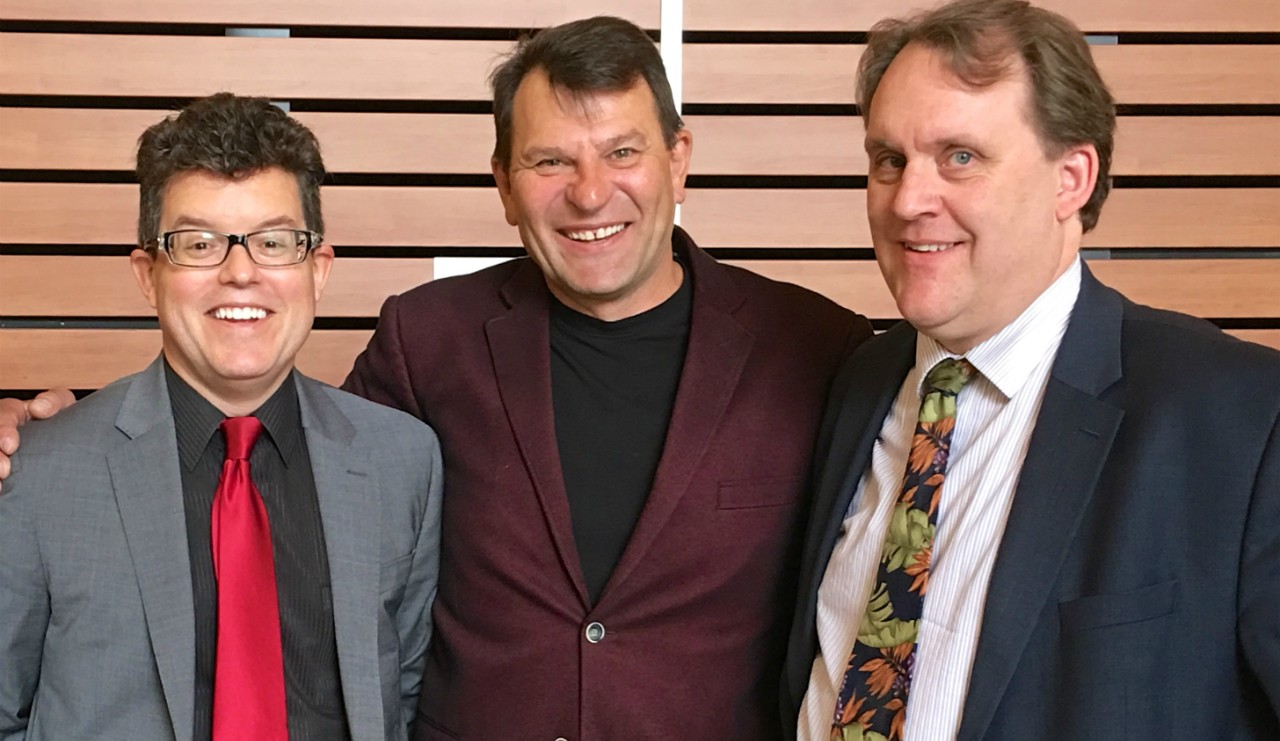 (From left) John Mackey and U of A colleagues James Stewart and Neal Davies designed and tested the SMHeartCard, a pocket-sized holder containing two potentially life-saving medications for people suffering a heart attack. (Photo: Supplied)

A brand new pocket card designed to hold life-saving heart attack medications—the brainchild of a University of Alberta physician—promises to help save lives.

The SMHeartCard, smaller than a credit card, is a container that stably holds both ASA (acetylsalicylic acid) and nitroglycerin, the standard medicine given for treating heart attack.

“Very few people at risk of heart attacks carry around the two medicines they need to urgently take in the event of a heart attack,” said John Mackey, an oncology professor in the U of A’s Faculty of Medicine & Dentistry.

“A recent study from Alberta showed that not one heart attack patient carried ASA around with them, and only 11 per cent of men and 20 per cent of women had nitroglycerin pills on them. And do you know why not?” he added.

“The time from the onset of chest pain to getting ASA and nitroglycerin is a major predictor of heart attack survival,” said Mackey. “Forty per cent of patients never make it to hospital. And that’s why the first line of treatment in the ambulance is administration of these medicines.”

That’s also why Mackey and retired engineer colleague James Stewart put their heads together to design a handy, innovative container they hope people at risk of heart attacks keep with them at all times.

The SMHeartCard features two enclosed containers, one that should be filled with four 81 mg ASA pills and the other with three nitroglycerin pills. The containers are readily accessed by flipping open cap lids.

Why wait to call 911? Because if the pain goes away quickly, it may be just angina or a warning, explained Mackey.

“Every minute that goes by in an untreated, true heart attack, however, is dangerous,” he said. “ASA immediately starts to work to open up blood clots, and the nitroglycerin works to open up blood vessels and reduce the workload on the heart. Early treatment allows for a much smaller heart attack, reduces the heart damage that might otherwise occur and, ultimately, improves long-term chances of survival.”

The key was designing a container that could stably hold the nitroglycerin, noted Mackey.

“It tends to evaporate and can’t be stored in plastic, which absorbs it.”

That’s why nitroglycerin is usually supplied in clunky spray bottles or glass bottles—hardly convenient to carry around, he added.

Mackey and Stewart developed a prototype of the SMHeartCard using polyfluorinated polymers to encase the nitroglycerin pills—the only material other than glass that can handle nitroglycerin.

They then asked U of A colleague Neal Davies, a professor and dean of the Faculty of Pharmacy and Pharmaceutical Sciences, to test the SMHeartCard.

“It turns out the container is as effective as a glass bottle, despite the fact the pills are stored at body temperature for six months. In fact, we raised the temperature as high as 60C and as low as 4C and the pills are just as stable,” said Mackey, adding that they are presenting their findings at the Canadian Cardiovascular Congress on Oct. 21.

The SMHeartCard is available online for $19.99. The ASA can be purchased separately over the counter, and while prescriptions are not needed for nitroglycerin, it is sold behind the pharmacy counter so one must ask for it.

“Most insurance plans also cover the cost of nitroglycerin,” added Mackey, who recently got to test out his product in the market.

“I was recently on a flight when the pilot asked if there were any doctors on board.”

Mackey quickly introduced himself to the flight attendant.

“A guy in the back was having a heart attack. So I reached into my pocket and opened the SMHeartCard I was carrying.”

He administered the four ASA pills it held, and the first of the three nitroglycerin pills.

When the pilot asked Mackey whether the flight needed to be diverted, Mackey advised him that the patient was well enough to continue. Later, he learned from the family that the man had had a very small heart attack and had been discharged home.

“We couldn’t believe it, but just six weeks after carrying the SMHeartCard, we’d found a use for it,” added Mackey.

“It’s exciting. I treat cancer and often have to wait weeks to see results of treatment. With this, I can see someone getting better right in front of my eyes. Our hope is that everyone who needs one keeps it on them at all times.”