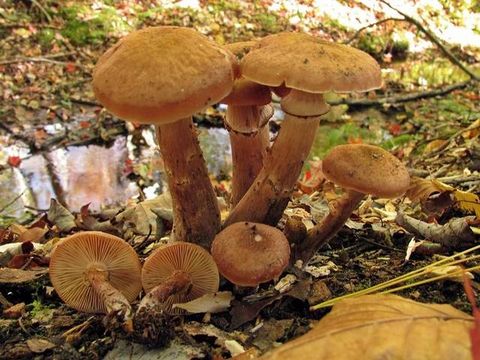 Fungi range in size from microscopic spores to the largest living organism on Earth, a vast subterranean specimen known as the “humongous fungus.” Sprawling over more than eight square kilometres in Oregon’s Malheur National Forest, the fungus is estimated to have been growing for 2,400 years. (Photo: Eric Smith, CC BY-NC-SA 3.0)

In the soil beneath towering trees, a fragile and complex relationship could hold the key to renewing a precious resource. 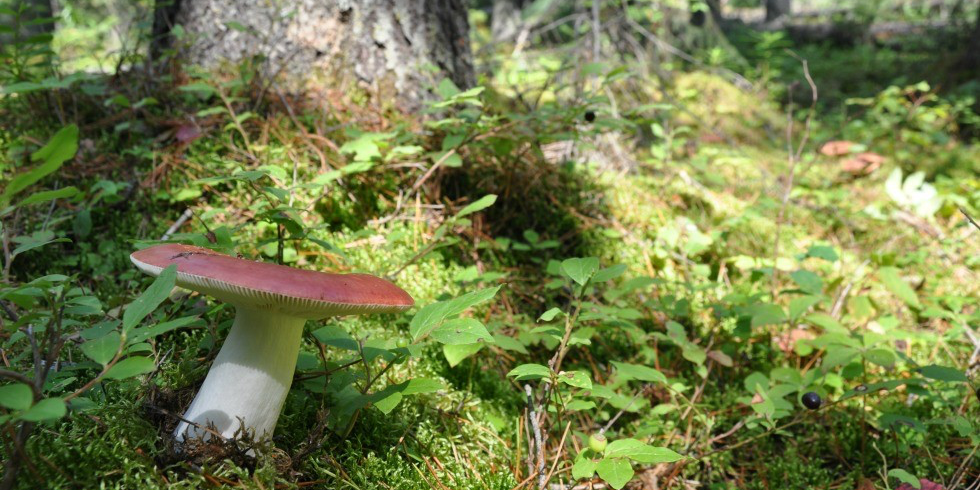 The lodgepole pine is one of the most enduring symbols of Alberta’s beauty, strength and prosperity.

Great stands of them pepper the province’s most precious landscapes—packing in below the treeline in Rocky mountain vistas, siding up to the edges of Alberta’s waterways, and even casting long shadows in breaking up great swaths of Alberta prairie.

In 1984, the lodgepole pine was adopted as Alberta’s provincial tree, largely for the economic role it played in the province’s founding long before oil was discovered, and perhaps long after the oil is gone. In 2015, Alberta produced $5.4 billion in forest products, much of it pine.

Yet for all its towering might, the life, death and renewal of the lodgepole pine depends on a unique relationship that plays out in the soil below these behemoths by throngs of tiny fungi.

Regrettably, this fragile and complex interplay between pine, soil and fungus is threatened by climate change scenarios that predict an increase in frequency and severity of forest disturbances such as wildfires, mountain pine beetle infestations and plant invasions.

Understanding whether the functional traits of soil fungi can improve lodgepole pine regeneration as successive disturbances undermine the ability of forests to regenerate is at the heart of a three-year, $483,500 Natural Sciences and Engineering Research Council of Canada Strategic Partnership Grant given to a research team led out of the lab of Nadir Erbilgin, a professor in the Department of Renewable Resources and Canada Research Chair in Forest Entomology and Chemical Ecology. 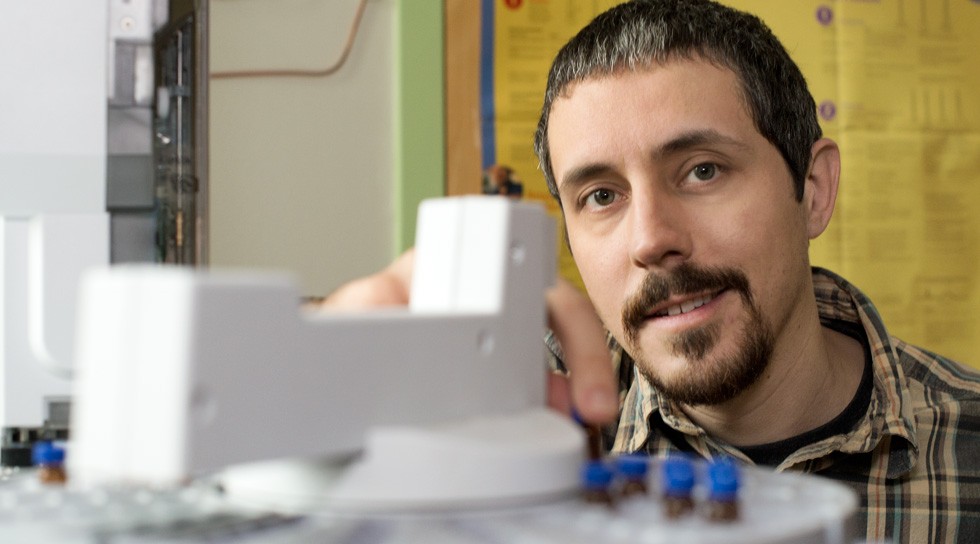 Jonathan Cale with soil samples from areas where he is studying the effects of fungi on pine trees. (Photo: Richard Siemens)

Jonathan Cale with soil samples from areas where he is studying the effects of fungi on pine trees. (Photo: Richard Siemens)

Heading up this study is forest pathologist Jonathan Cale, who explains that there are a number of fungi in the soil responsible for a variety of roles, including nutrient cycling for lodgepole pines.

For one, symbiotic fungi form a mutually beneficial relationship with pine seedlings. Growing on and inside the tree roots, the fungi act as an extension of the roots for water and nutrient acquisition and uptake from the soil.

“Tree seedlings can develop without [symbiotic fungi] but they do very poorly,” says Cale, a post-doctoral researcher, who is collaborating with renewable resource colleagues Erbilgin and Justine Karst, biological sciences researcher James Cahill and forest sciences researchers from the University of British Columbia on the project. “They actually link individual trees and seedlings together and funnel nutrients from one plant to another to supply and support the entire network.”

Fungi range in size from microscopic spores to the largest living organism on Earth, a vast subterranean specimen known as the “humongous fungus.” Sprawling over more than eight square kilometres in Oregon’s Malheur National Forest, the fungus is estimated to have been growing for 2,400 years. (Photo: Eric Smith, CC BY-NC-SA 3.0)

Cale says another group of fungi he will be looking at is responsible for breaking down plant material that falls onto the soil that provides nutrients for the symbiotic fungi.

How each soil fungal community responds depends on the makeup of the fungi and what kind of forest disturbance is in play. For instance, Cale says a wildfire that burns off all the organic matter that collects at the top of the soil will limit the food source for some of the decomposing fungi in the soil. On the other hand, pine beetle disturbances and the resulting ground litter actually have an opposite, more positive effect on the nutrient cycle, although the presence of pine beetles introduces yet another set of fungi into the mix.

“Interestingly, the pine beetle carries a whole community of fungi with it, and three of those fungi in particular are pathogens of the pine tree. And so part of what kills the tree is the fact that it is infected by these pathogens—it is a disease and insect problem all in one. It is absolutely fascinating.”

Researchers in the field will attempt to remediate struggling soil-fungal communities with soil from undisturbed areas, while more controlled experiments are taking place in a greenhouse where researchers are growing seedlings in soil collected from a variety of disturbed pine forests.

With a better grasp on the interplay between disturbances and different soil fungi, Cale hopes his team’s research turns into remediation techniques, and maybe even some insight into the pine’s defence mechanisms.

“We are trying to get a handle on how these fungal communities change under these various scenarios so that we can provide forest managers with resources and recommendations to bolster reforestation efforts under these altered disturbance scenarios in the future,” said Cale. “We want to promote healthy and rapid forest development using organisms already present in the area, so that we don’t need to use chemicals or invasive, mechanical means.”