Humans account for up to 80 per cent of Alberta’s wildfires in May, but that’s likely to change this year as public health measures keep people at home. 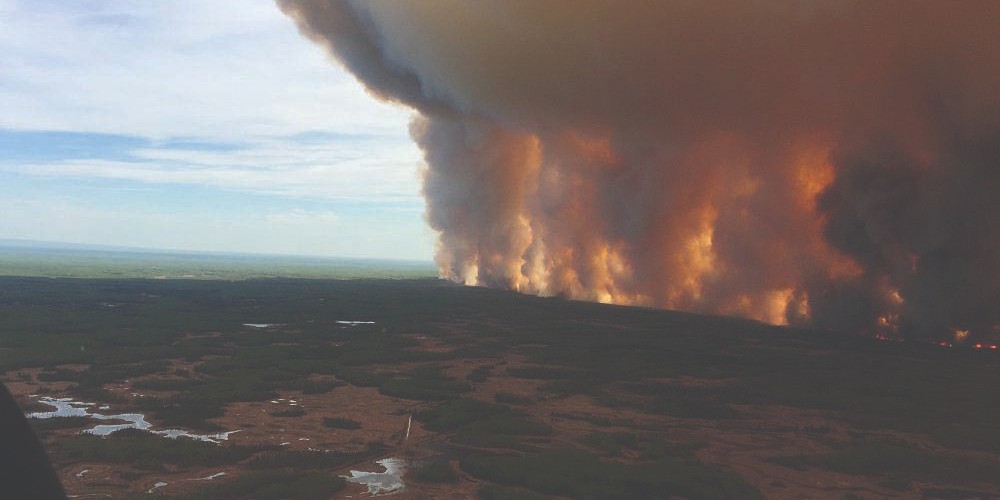 Wildfires like the Chuckegg Creek fire that forced the evacuation of High Level last year will be less likely with public health measures against COVID-19 keeping people at home this spring, says a U of A expert. (Photo: Government of Alberta)

COVID-19 may cause a drop in spring wildfires as people are still being asked to self-isolate throughout May, Alberta's riskiest fire month, says a University of Alberta expert.

“Since we’re still staying at home in May, there are fewer people recreating or working in the forests and human-caused fires will be reduced,” said wildfire scientist Mike Flannigan.

“Over 80 per cent of Alberta’s wildfires in May are started by humans.”

Potential ignition sources like campfires or sparks from recreational vehicles will be less likely to set dry, winter-killed vegetation on fire.

“Last year, May was hot and dry, so it was a very active season in terms of area burned, like the Chuckegg Creek fire,” Flannigan said. That wildfire broke out in mid-May of 2019 and forced the evacuation of 3,000 people from the town of High Level and surrounding area in northern Alberta.

In total across the province, 989 wildfires burned more than 883,400 hectares of forest last year; 71 per cent of the blazes were human-caused.

Aside from observing COVID-19 restrictions, people need to be vigilant about mitigating wildfires, Flannigan warned.

“They are preventable, so observe all fire bans and forest closures. And if you are planning a burn, obtain a fire permit. By doing that, fire management agencies know you’re burning and if they spot smoke, they can source it and won’t send crews out that might be needed elsewhere.”

People wanting to get busy burning off fields, brush or trash piles on their property shouldn’t be fooled by the recent spring thaw, he warned.

“They may think that the snow just melted a little while ago so nothing is going to burn, but with grass fires it can rain in the morning and the grass can burn by afternoon. It dries out really quickly. Only the top layer is needed to spread a fire.”

Dry leaves, needles and small twigs can also burn as soon as a day after snow melts. Runaway flames can then be fanned into a fierce fire by hot, dry winds.

“High-pressure weather systems from the Arctic pass to our east and bring strong southeast winds, and Alberta seems to be a prime location for these.”

Storms are also an ignition source later in summer, and climate change is another underlying factor in wildfire risk, Flannigan said.

“Western Canada is warming up twice as quickly as Quebec and Atlantic Canada—and the warmer we get, the more fires we will see.”