COVID-19 may spread more than two metres through the air in some indoor areas, say experts

Recent evidence no cause for panic, says U of A infectious disease specialist. 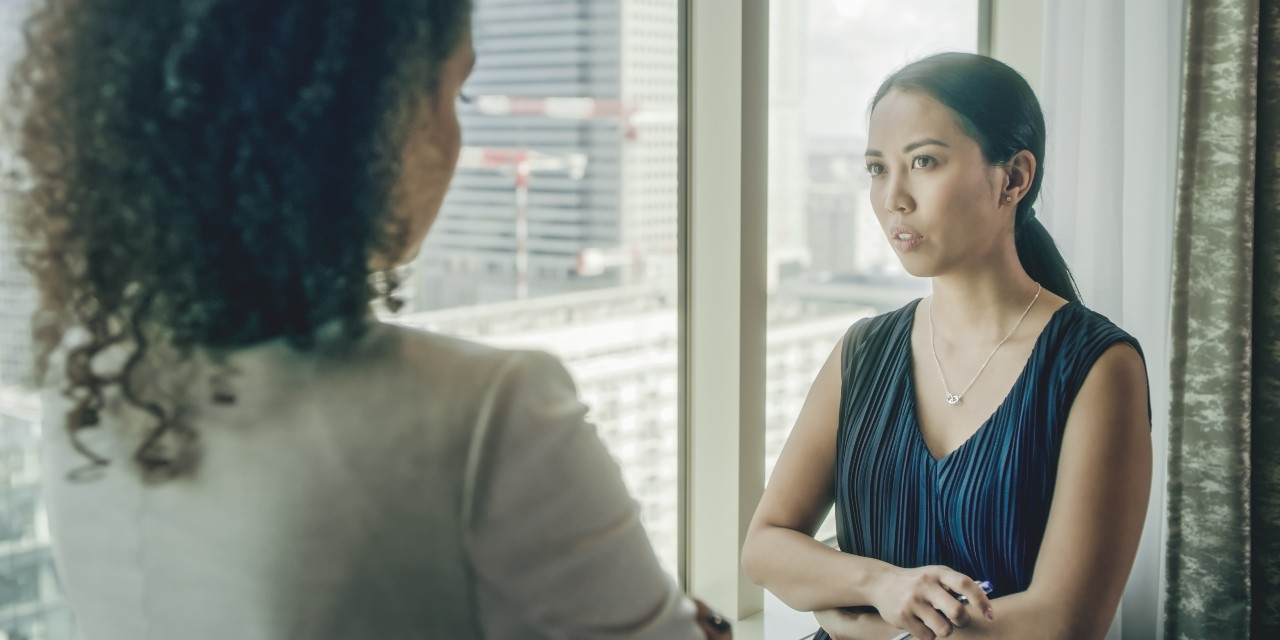 Talking, coughing or sneezing indoors creates microscopic droplets that may be capable of spreading COVID-19 beyond the two metres recommended for physical distancing—especially in poorly ventilated spaces, according to a U of A infectious disease expert. (Photo: Getty Images)

For those worried about the airborne transmission of coronavirus, University of Alberta infectious disease expert Nelson Lee wants to be clear—don’t panic.

“We're not talking about long-range transmission that can cause super-spreading events,” said Lee, one of 239 scientists from around the world who sent an open letter to the World Health Organization warning of mounting evidence that infection can spread through floating micro-particles, or aerosol.

“It's not that you’ll get COVID when you go to a grocery store and breathe in the virus—it's not that kind of transmission.

“We are only referring to micro-droplet transmission beyond two metres in an indoor setting. We want to make sure that people understand this risk and take actions to minimize it.”

The WHO has classified the virus that causes COVID-19 as one that spreads through droplets expelled from the nose and mouth of an infected person, most of which quickly fall to the ground within two metres.

But evidence suggests that in some indoor settings, the two-metre rule may not be enough, prompting Lee and his global colleagues to “clarify a few things.”

“There is a proportion of smaller particles that can be produced, according to more recent experimental findings,” he explained. “For COVID-19 and other respiratory viral infections, the virus can be transmitted through exhaled breath, talking, coughing and sneezing.”

Smaller particles can hang the air for longer periods of time—up to an hour in some cases—and travel beyond two metres, said Lee, especially in poorly ventilated areas, or where air flows in one direction.

Lee has spent much of his career studying the transmission of viruses, first in Hong Kong during the 2003 SARS outbreak, where he observed the aerosol transmission of that coronavirus. He has also published on other respiratory diseases, including influenza and Middle East Respiratory Syndrome (MERS).

“There is pretty strong evidence that under suitable circumstances these viruses can transmit beyond the conventional droplet modes of transmission,” he said.

The droplet-microdroplet-aerosol transmission of particles should be understood as on a spectrum, he added. Under suitable conditions, virus transmission may fall “somewhere between” two-metre droplets and the more extreme, long-range transmission associated with a disease like measles, where infected particles can stay in the air for hours after an infected person leaves a space, and travel much further.

Does all this point to the need for some high-tech solution, a state-of-the art ventilation system that filters out the virus in office buildings, schools, theatres and especially airplane cabins?

In some cases, yes, said mechanical engineering professor Brian Fleck, who is helping with a risk assessment of ventilation systems in all of the U of A’s buildings, considering factors such as the number of air changes per hour, type of filters used, humidity and the effect of technologies like UVC devices designed to inactivate viruses with ultraviolet light.

But in most situations, he said, the best solution is decidedly low-tech.

“There's a really simple, low-cost technology that makes this problem essentially go away—it's called the mask. But for some reason in the West, we're looking for excuses not to wear one.

“We’re sitting there asking, is there something else we can do, some magic high-tech thing, when the answer is staring us in the face.”

For high-risk settings such as an airplane cabin, high-tech air filtration systems similar to those used in clean rooms may be unavoidable, he said. But they require a lot of power to move a lot of air, and may also be uncomfortable for passengers.

“If you wanted to protect everybody, then you would try to arrange it so the air that passes by one passenger doesn’t travel through other passengers and leave at the far end of the cabin. It would be pulled away from under me.”

The WHO announced last week that more evidence of aerosol transmission is needed before it changes its guidelines for COVID-19.

Lee admits it has been poorly studied, “but in the midst of a pandemic, we should pay more attention and look at these possibilities.”

But he is also quick to point out there is really nothing new in the letter sent to the WHO and published this week in the journal Clinical Infectious Diseases—“nothing we didn’t already know or strongly suspect.”

3 Cs to protecting yourself

“We’ve known about it for a long time, but I think it’s really difficult to convey the message to the general public.

“Some people think airborne transmission is like breathing in infectious air particles while walking in the street—that is not what we're referring to. We're talking about a range of transmission scenarios beyond two metres.

And if you can’t avoid them, wear a mask.

COVID-19 may spread more than two metres through the air in some indoor areas, say experts