Cracking the code of art's meaning 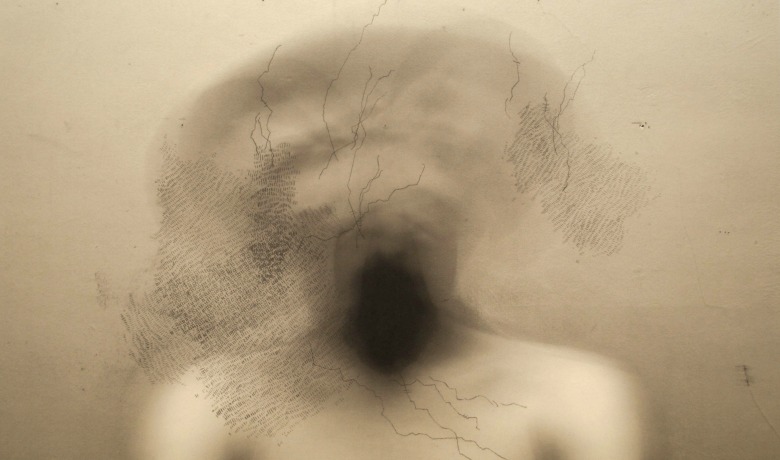 130516-grace-sippy-schism-banner
"Schism," by UAlberta grad student Grace Sippy, one of the featured artists in the Encoding Identities exhibit.

(Edmonton) You may have pondered what Edvard Munch meant to convey in The Scream. Or maybe mused on the fine line between art and erotica while gazing at the French sculptor Auguste Rodin’s The Eternal Idol. Or looked upon Francisco Goya’s The Third of May 1808 and questioned the humanity of humankind.

These kinds of reactions as we try to understand art and artists are a three-pronged process constantly occurring between artists and their works, and between viewers and those pieces. As relationships go, it’s complicated, often involving barriers imposed by time and culture. That relationship is the focus of two new exhibitions by the Art & Design Graduate Student Association at the University of Alberta.

“These shows are about permeating those barriers,” says Karl Davis, president of the student association, which has brought artworks by graduate students from across Canada, the United States and the United Kingdom to Edmonton.

“It is an investigation into the art and processes that address both the artist and viewer at the same time. It’s a way to engage with what the artist’s intent might be, how they express themselves or something about themselves, and for the viewer to experience that as well.”

To understand Goya’s intent, for example, viewers must interpret or “decode” the piece the Spanish artist completed or “encoded” in 1814. “But it does not stop there, because ‘every decoding is another encoding,’ says Davis, quoting literary critic David Lodge. “So as you’re decoding or interpreting a piece of art, you’re also encoding, adding a bit of yourself to it.”

The identity of an artwork is built through the processes of creation, presentation by curators and reception. Each of those adds a layer to the infinite process of encoding and decoding, Davis says. So although we may never really know an artist’s intentions, Davis says, the exhibitions will help us understand the barriers between artworks and their creators, as well as between viewers and art.

“It will enable artists to engage more closely with the viewer, and the viewer can engage back with the work,” says Davis.

“Throughout our history, there has always been the idea that artists’ works tell the viewer what to think. But that’s an outmoded way of thinking, because artwork can express an artists’ intent but viewers have their own sets of preconceived notions,” Davis says. “There might be epiphanies, but never a finite moment that marks or resolves the viewers’ experience. Artists sometimes struggle with an artwork’s completion until it is presented to the viewer.”

The exhibition, Encoding Identities, opens May 17 at 7 p.m. in the Society of Northern Alberta Print-Artists Gallery. A companion exhibit featuring different artworks opens May 18 at 6 p.m. at dc3 Art Projects.

Davis says the show at the SNAP Gallery will feature traditional pieces, such as prints, and the companion exhibit will showcase multimedia pieces.

Sean Caulfield, U of A printmaking professor and president of the Society of Northern Alberta Print-Artists, says Encoding Identities is a good example of why the society came into being.

“Thirty years ago, my colleagues, including Marc Seigner, saw the need to keep arts graduates here in Edmonton so these artists can help develop this city’s cultural life, and they established the society,” says Caulfield. “SNAP was important in my development as an artist as it gave me a community to work in after completing my BFA. I know it has done this for many U of A students.”

Davis says both galleries have been supportive of the student association, now in its second year. “SNAP helps promote culture in Edmonton by bringing artists here to experience what we have, and shows to the public that we have the infrastructure to present professional-level graduate student works.”

Graduate students and scholars will also meet at the U of A on May 18 for a symposium, Encoding/Decoding: Thinking Through Art and Design Practices, to address the three aspects of encoding and decoding art pieces.