Criminalization of Indigenous Peoples: Where Do We Go from Here? 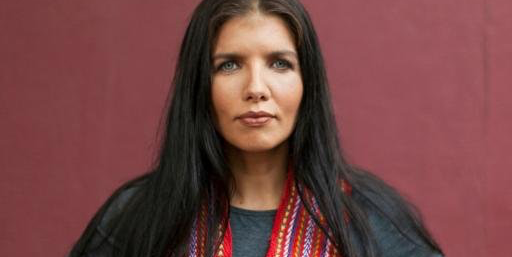 Passion spills out of Lisa Monchalin as she talks about the intersection of criminology and Aboriginal issues, the focal point of her teaching, research and publishing career. She shared that passion at the 2016 Dallas Cullen Memorial Lecture on September 22, hosted by the Department of Women’s & Gender Studies.

The event was part of the department’s Feminist Research Speakers Series for 2016-17. It was also part of a fall tour for Monchalin’s recently published book, The Colonial Problem: An Indigenous Perspective on Crime and Injustice in Canada (University of Toronto Press, 2016).

“I want to reduce the criminalization and victimization Indigenous people feel in this country,” said Monchalin, professor at Kwantlen Polytechnic University. “I have a passion that stems from a dark place, but it’s a major driver to try to make a difference. For far too long in this country, many people are unaware of a lot of the truth.”

For Monchalin, that personal connection was a youth spent witnessing injustice and shame. Her father had been targeted by police officials and felt shame about his background as an Indigenous person. Her grandmother proved to be an inspiration, pushing her to make big changes.

“She said, first off, she thought I would be someone in our family that would stand up to the shame of being native. I would be the person in our family to make a difference. This is me trying to fulfill my grandma’s vision.”

Her passion pushed her to get a PhD in criminology from the University of Ottawa and then continued with an academic career path. Her work in criminology has two parts: educating Canadians about the history of Indigenous people in this country and pushing for change in the systems that continue to oppress Indigenous populations. Monchalin refers to these as the “colonial systems implemented by European powers.”

This includes the justice system. Nearly a quarter of all federal inmates in Canada are Aboriginal (First Nation, Inuit or Métis), while Aboriginal people make up only four per cent of the overall population. The numbers are worse for Aboriginal women, who make up nearly a third of the incarcerated population.

And the numbers are even higher in the Prairies. According to the federal government, Aboriginal people made up almost half of federal inmates between Alberta, Saskatchewan and Manitoba.

“When people ask me, why are Indigenous people so overrepresented in crime, I ask them, ‘are you not educated as to what’s happened to our people?’”

Monchalin talks about the long-standing stereotypes against Indigenous people in Canada, stereotypes that still exist in media and other institutions. She points to residential schools, a major source of harm for Indigenous people, the last of which closed in 1996. Some of her students don’t even know about the schools — and, in fact, they didn’t believe her when she discussed them.

So where do we go from here?

“As a first step, we need to look at where we are and what went wrong. I am seeing universities making Indigenous courses mandatory. This is the type of thing that needs to happen.”

There has been progress in the last 10 years, admits Monchalin, but we can’t sit back and congratulate ourselves for solving all the problems. She applauds the work of the Truth and Reconciliation Commission and the Royal Commission on Aboriginal Peoples, but says there are still recommendations left unaddressed.

“We need a whole reimagining of government and systems, including the criminal justice system,” says Monchalin. “We have to consult with Indigenous leaders. It goes back to consensus decision making. We need to sit everyone down at the table.”

This year's Dallas Cullen lecture topic contributes to the Faculty of Arts' emerging discussions about our response to the recommendations of the Truth & Reconciliation Commission and our goal to Indigenize the academy. Please watch for future events related to this important project.

Criminalization of Indigenous Peoples: Where Do We Go from Here?
Newsroom