U of A looks to crowdfunding to help launch first Alberta-made satellite, support other campus projects. 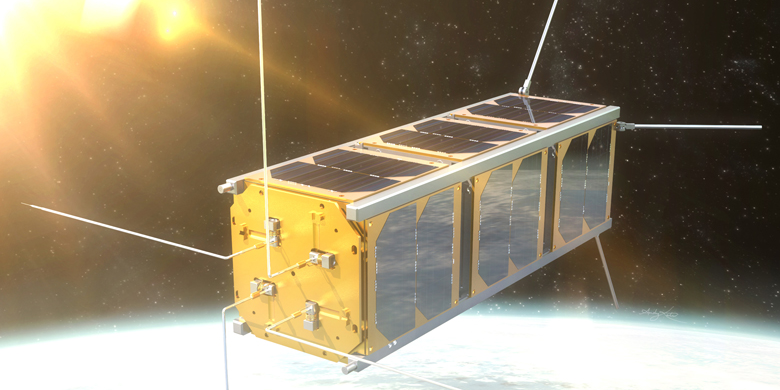 U of A physics professor Ian Mann and his student research team are mobilizing popular support through crowdfunding to raise the $60,000 needed to launch their space weather satellite project.

(Edmonton) Paying the launch fee for the first made-in-Alberta satellite is one of the University of Alberta projects being supported through crowdfunding, a dynamic online way for large groups of grassroots supporters to chip in money to finance dream projects on campus.

The U of A is the first university in Canada to work with USEED, an organization dedicated to supporting post-secondary institutions with crowdfunding.

“This is part of the University of Alberta’s commitment to growing its philanthropic outreach,” said O’Neil Outar, Vice-President of the Office of Advancement.

“The power of crowdfunding is that no amount is too small, people can give whatever they feel they can afford, and with a big crowd of supporters, it all adds up to make a difference. By donating, you join a community in supporting a student, a research team, or a project exploring something new.”

U of A physics professor Ian Mann and his student research team want to raise up to $60,000 needed for the space weather satellite project and are mobilizing popular support through crowdfunding.

“We are looking for Albertans to help the U of A launch into the space race for the 21st century by donating to this project. This is a fantastic opportunity for science and engineering students to be involved in the hands-on design, building and operation of a space mission,” he said.

Mann’s team of 60 graduate and undergraduate students are designing and building a cube satellite to be launched into space in 2015 with a swarm of 49 others through the QB 50 project, an international network focused on low-earth space exploration.

The money raised through the U of A’s crowdfunding platform will pay the fee to launch the satellite from a rocket in Brazil.

Other innovative U of A projects currently seeking crowdfunding include Pride Week 2014 activities and expanding the Play Around the World youth recreation project into the Canadian North.

All crowdfunding projects have to be related to campus and must have student involvement.