New U of A research first to look at why Indigenous people want to leave or stay in their community after mandatory evacuation notice. 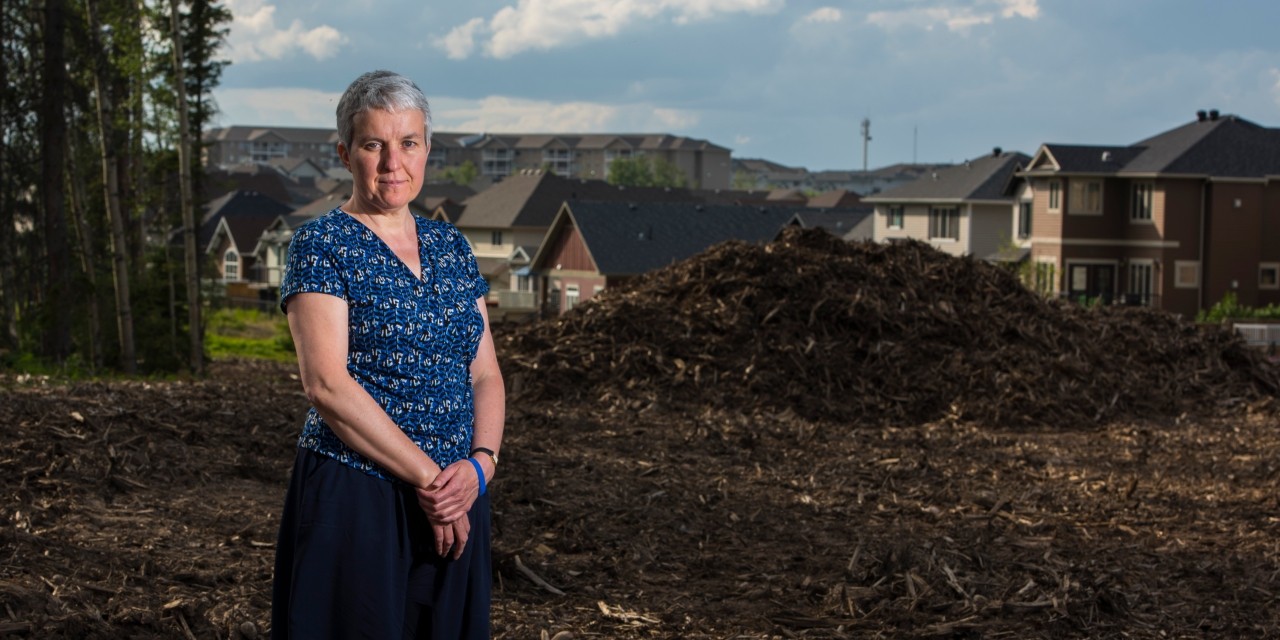 Researcher Tara McGee looked at the experiences of a First Nations community during a mandatory wildfire evacuation. She found that allowing residents to stay in their traditional territory or nearby Indigenous communities may be better options than evacuating them to large, unfamiliar towns or cities. (Photo: John Ulan)
Tara McGee, Associate Professor - Human Geography Department of Earth and Atmospheric Sciences, in Fort McMurray on July 13, 2016. Photo credit - John Ulan

In the first study of its kind, researchers led by Tara McGee in the U of A’s human geography program looked at how the Mishkeegogamang Ojibway Nation in northwestern Ontario responded to a mandatory wildfire evacuation in 2011. They found that some residents wanted to leave, but others were reticent until being encouraged by fellow community members or directed to leave by law enforcement.

“People also wanted to stay within their community and traditional territory, because that is home,” said McGee, whose research focuses on human responses to environmental hazards.

“In some cases, people had never left their traditional territory before, and the idea of going to a town where they had never been was extremely unfamiliar during an already traumatic time,” she noted. “As a result, quite a few people either wanted to stay or actually did stay behind.”

Evacuation in the event of wildfires generally brings evacuees to large towns or cities with resources and housing already in place. But McGee said that may not be the best approach for remote Indigenous communities faced with a fire or other threat.

“We need to investigate the option of allowing people to stay within their traditional territory safely, if there are the resources to do that, or alternatively, evacuating to another Indigenous community,” she said.

“That way, access to appropriate supports and language barriers would not present issues the same way as when people are evacuated to large, unfamiliar towns and cities.”

McGee said she hopes future research will take her to other provinces and territories in Canada to understand how other Indigenous communities respond to evacuation notices, and to aid in federal, provincial and regional policy development for future evacuation needs.

The study, “Residents’ Wildfire Evacuation Actions in Mishkeegogamang Ojibway Nation, Ontario, Canada,” was conducted as part of the First Nations Wildfire Evacuation Partnership and published in the International Journal of Disaster Risk Reduction.