UAlberta researcher says some measures are more effective than others in preventing and treating the common cold. 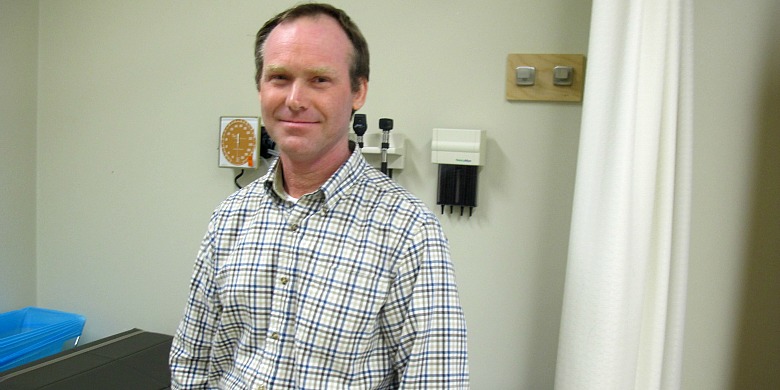 Michael Allan looked at hundreds of studies on what works to prevent and treat the common cold, and found that many popular remedies have little to no benefit.

(Edmonton) A cure for the common cold continues to elude the medical community, but when it comes to prevention and treatment, simple often is best, says a University of Alberta researcher.

The average Canadian comes down with two to three colds a year, and for children it’s much higher, at six per year. A new review in CMAJ that looks at what works in preventing and treating colds points to handwashing and a variety of other possible treatments with small benefits to improve symptoms. It also shows that many popular treatments such as over-the-counter cough remedies, vitamin C, garlic, ginseng and echinacea have little to no benefit.

“The best things to prevent a cold that we know of are still the basics—washing your hands and avoiding contact with sick people,” said Michael Allan, a professor of family medicine in the Faculty of Medicine & Dentistry.

Keep colds away with handwashing

Allan led the review with Bruce Arroll of the University of Auckland, New Zealand, which included multiple interventions and hundreds of studies. Handwashing and physical precautions such as wearing gloves were singled out as the methods most likely to be effective at reducing the risk of catching a cold or spreading one.

In two Iranian studies, zinc was shown to reduce the number of colds in children aged five to eight, but some potential bias raises questions about the results.

The reliability of research is often low for other preventive measures such as probiotics, gargling, garlic, ginseng, echinacea, homeopathy, or vitamin C or D. Vitamin C has been well studied, but shows little to no benefits, Allan said. Ginseng—found in the popular remedy Cold F/X—has not been shown to consistently reduce the number of colds or days where subjects felt sick.

“Except for the basics like handwashing or avoiding sick people, we can’t really promote the use of anything at this stage. Nothing has very strong research to support it.”

When your body does succumb to a cold, one of the most effective treatments isn’t found in the drugstore, but in the supermarket: honey. A single nighttime dose of honey (half a teaspoon to two teaspoons) can have a small beneficial effect on the cough and sleep of children older than one year. (Honey shouldn’t be given to kids less than a year old.)

“It’s more effective at reducing cough and improving sleep than cough suppressants are,” Allan said. “There’s no data for adults, however, just for kids.”

Zinc taken orally, either in lozenge or pill form, has shown to reduce the duration of colds by 1.5 days; however, it can taste bad, causes nausea in some people and does not seem to help children. Combinations of antihistamines and decongestants also show some benefit in adults, but they should never be given to children under the age of six and likely have no effect in older children.

When it comes to relieving pain or fever, studies show that both ibuprofen and acetaminophen work, but ibuprofen is more effective in fever control, Allan said.

Treatments such as Vicks VapoRub, over-the-counter cough remedies, intranasal ipratropium and antibiotics have not shown to be effective, nor have alternative therapies such as nasal irrigation, humidified air, echinacea, Chinese herbs, ginseng, vitamin C and zinc taken via nasal spray.

Though a cure remains elusive, reviews like this point to therapies that might help ease discomfort and symptoms for adults and children alike. Allan credits the U of A for giving him the flexibility and skills to do the research and then translate that to medical professionals and the public.

“The U of A has allowed me to gain experience as a researcher and as someone who synthesizes evidence,” he said.

Listen to Allan discuss his findings in a three-part podcast series on www.therapeuticseducation.org or at www.cmaj.ca