For more than 35 years, Philip Currie's name has been synonymous with dinosaurs in Alberta and Canada. 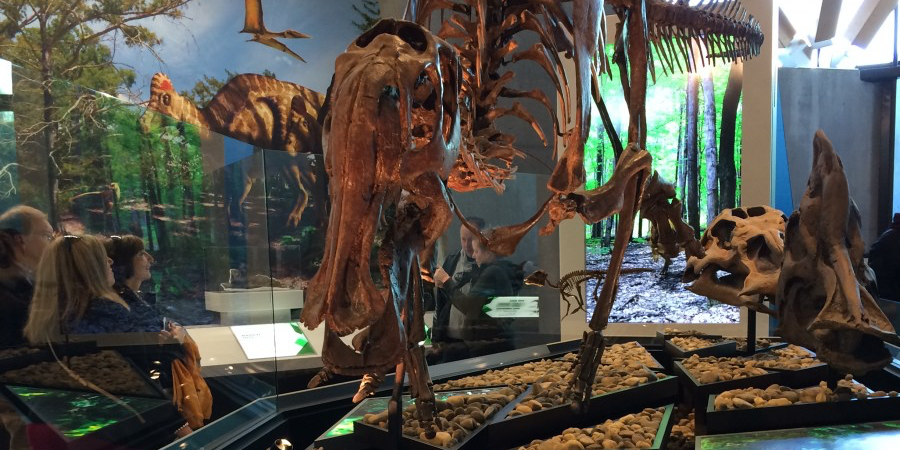 Named after Canada’s leading paleontologist and University of Alberta professor, the Philip J. Currie Dinosaur Museum officially opened this fall in Wembley, Alberta. Now, thanks to a generous endowment established by the museum society, the University of Alberta will be home to the Philip J. Currie Professorship in Vertebrate Paleontology. The Department of Biological Sciences is now recruiting for this new research leader and hopes to have the position filled by next summer.

“This exciting new appointment in vertebrate paleontology is a bold experiment between the University of Alberta and a committed collective of local stakeholders in the Grande Prairie region of Northern Alberta,” says professor Michael Caldwell, chair of the Department of Biological Sciences. “The goal is to bring the highest level of scholarship and science into the very heart of their community by giving a talented paleontologist access to a unique resource—not only in terms of fossils but also people and infrastructure—in a museum research location remote to the University of Alberta but still a part of this great university. I am truly excited to help guide the creation of this appointment and to have the opportunity to lead the search to find the person who will spearhead this bold new opportunity for all stakeholders.”

The research program, teaching commitments and service roles of the successful candidate will be conducted through the facilities of the Philip J. Currie Dinosaur Museum in Wembley, Alberta, at the U of A in Edmonton and at various post-secondary institutions within Campus Alberta.

“For more than 35 years, Philip Currie’s name has been synonymous with dinosaurs in Alberta and Canada,” says U of A President David Turpin. “The impact of his research has been realized around the globe and has established Alberta as an internationally renowned dinosaur hub. Due in no small part to the work Dr. Currie has completed during his tenure, the University of Alberta is recognized as one of the premier places in the world to study vertebrate paleontology. The establishment of the Philip J. Currie Professorship in Paleontology will ensure that we remain at the forefront of this discipline.”