Subscribers receive practical tips on how to break the cycle of negative thoughts associated with stress, anxiety and depression. 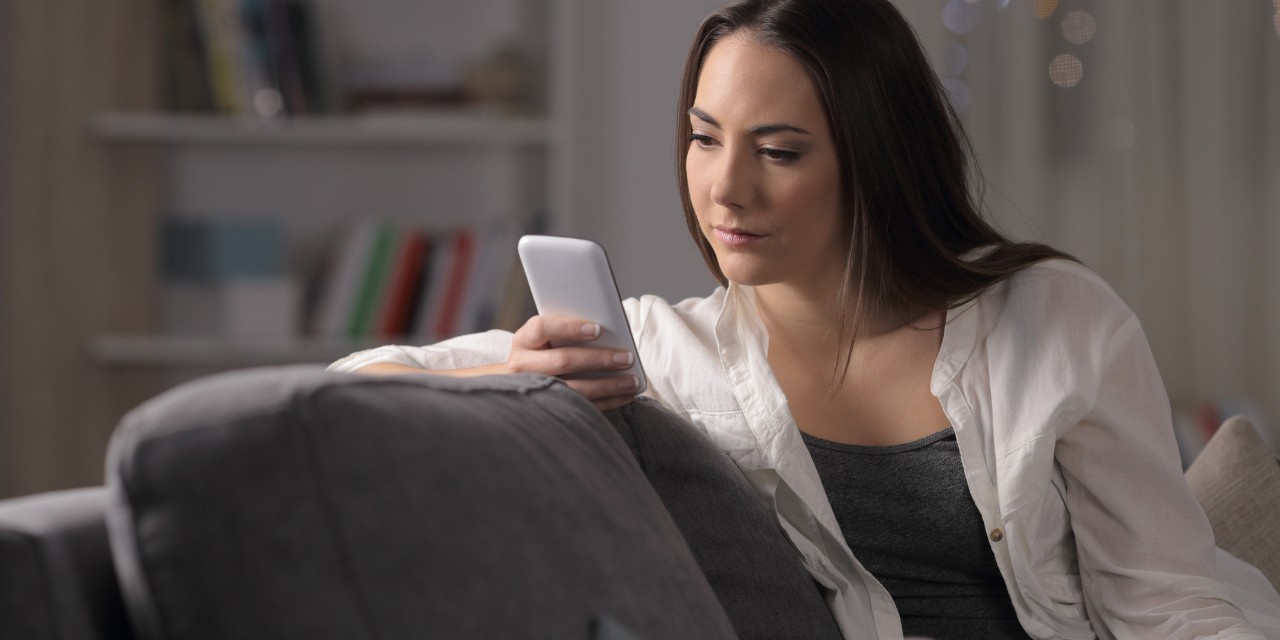 Text4Hope, a new service that sends positive text messages to subscribers each day, can help relieve stress and anxiety by breaking patterns of negative thoughts and emotions, according to a U of A psychiatrist who led the project. (Photo: Getty Images)

More than 40,000 people have signed up just one month after the launch of a made-in-Alberta texting service that aims to help people maintain their mental health during the COVID-19 pandemic.

Up to 80 per cent of people are feeling stressed by the pandemic and as many as 40 per cent exhibit signs of generalized anxiety and depression, according to preliminary survey findings by Vincent Agyapong, University of Alberta psychiatry clinical professor and project lead of the Text4Hope service.

“When people are anxious or depressed or stressed, they tend to selectively become preoccupied with negative automatic thoughts,” he said.

The daily inspirational messages are meant to play a role similar to cognitive behavioural therapy, where a therapist helps a patient evaluate and challenge their negative thoughts, he added.

“When you have this repeated day after day, the messages have the ability to change your pattern of thinking, and once your mind is off the negative, then the stress, anxiety and depression resolve after a while.”

Subscribers text “COVID19HOPE” to 393939 and then receive daily messages such as, ”Put yourself on a media diet: It’s important to stay informed, but only check the news and social media intermittently, rather than continuously,” and, “Try to do something manageable today that gives you a sense of accomplishment (e.g., shower, exercise, do some laundry).”

Many of the messages include links to online mental health resources for those who want to read more, and all the texts come from the same number, so you can scroll back and read them again later.

The first text sent out includes the Alberta-wide Mental Health Help Line number (1-877-303-2642) because, Agyapong pointed out, the service is not meant to replace one-on-one counseling for those in crisis.

The initial text also includes a link to a survey, and followup surveys will be sent at six weeks and three months to track the changing mental health profile of subscribers and assess the impact of the text tool.

Agyapong launched the original service, called Text4Mood, in January 2016 before the Fort McMurray wildfires. It quickly attracted 10,000 subscribers, and 83 per cent reported the messages improved their overall mental well-being, he said.

“During natural disasters, we can rapidly deploy mental health support and resources to communities on very short notice,” Agyapong said.

When the extent of the COVID-19 pandemic’s impact became clear in mid-March, Agyapong approached Alberta Health Services and Text4Hope was launched within a week.

Most of the messages were composed by Marianne Hrabok, associate adjunct professor of psychiatry, clinical psychologist and former professional practice leader for psychology with Alberta Health Services in Edmonton.

“My general sense is that mental health issues are going to increase dramatically—not just because of the direct effects of the pandemic, but also because of the neglect of general mental health during the period when isolation is recommended to prevent infection,” Agyapong said.

The Text4Help messages are being translated into French and other languages so the program can be implemented elsewhere. Agyapong said he has had inquiries from as far away as Australia.

AHS has now launched additional services for two target groups who may be suffering more than others during the pandemic—text “Open2Change” to 393939 to receive addiction-related messages and text “CancerCare” to 393939 for messages aimed at people who are undergoing cancer treatment.

Agyapong said the way the COVID-19 Text4Hope program seems to have resonated with the public has helped his own mental health through this period.

“I always say there is no greater joy or satisfaction than honest dedicated service to help people,” he said. “That’s how I build my own resiliency, by reaching out and helping people. It’s worked for me for years.”