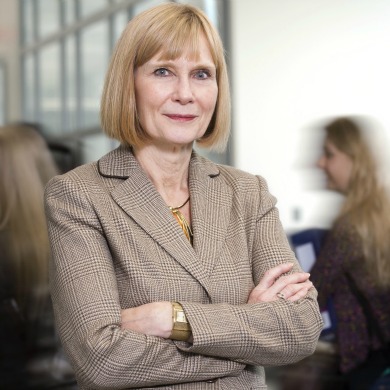 120622-anitamolzahn-banner
Anita Molzahn, dean of the Faculty of Nursing

(Edmonton) The University of Alberta Board of Governors has reappointed Anita Molzahn as dean of the Faculty of Nursing. Her second five-year term is to begin July 1, 2014, following an earned administrative leave.

“Since her appointment in 2008, Anita has demonstrated exemplary leadership and operational oversight of one of the largest nursing faculties in North America,” said Carl Amrhein, provost and vice-president (academic). “Under her leadership in teaching, research and practice, the Faculty of Nursing’s mission of ‘contributing to the attainment of health equity in the global community, to the development of nursing and health-care services, and to the promotion of optimal health for all’ is particularly well served.”

A product of the U of A, Molzahn received her registered nursing diploma from the Royal Alexandra Hospital School of Nursing in 1974 before coming to the U of A, where she received a nursing degree (1980), a master of nursing (1986) and a PhD in sociology (1989).

“I am an alum, I have all my degrees from the U of A, so the University of Alberta has always held a special spot in my heart,” said Molzahn. “There is no question the U of A Faculty of Nursing is one of the top nursing programs in Canada, and indeed around the world. A second term as dean provides me with a wonderful opportunity to solidify its good standing.”

Molzahn has always had an affinity for instruction, dating back to her days as a renal dialysis instructor for the U of A Hospital beginning in 1975. She began teaching orderly students in the Department of Nephrology in 1979 before being hired on as a sessional instructor in the Faculty of Nursing in 1984 while holding a graduate position with the Department of Sociology from 1986 to 1987. Molzahn was named an assistant professor in the Faculty of Nursing in 1987.

Molzahn's areas of scholarly interest are vast, but mainly involved finding ways of measuring quality of life for people with kidney disease and other chronic illnesses, and looking for interventions to enhance quality of life.

“Nursing is so diverse, and there is always a need to find a better way of doing something,” she said. “Research seemed like a logical way to get some of the answers to questions I had—I still have questions.”

In 1992, Molzahn left the U of A to head up the University of Victoria’s School of Nursing. Four years later, she was named the dean of that university’s Faculty of Human and Social Development, a position she would hold until 2003.

In 2008, Molzahn returned home to take on the role of dean of the U of A’s Faculty of Nursing—and went straight to work.

She oversaw completion of a successful Canadian Association of Schools of Nursing accreditation process that saw her faculty receive the highest level of accreditation. “It took a lot of work, which turned into a nice external recognition of excellence, and I couldn’t be more proud.”

The faculty has also received a boost in research funding since Molzahn started—$8 million last year alone—coinciding with a steady increase in research and publication productivity.

The accreditation and the increased faculty output came amidst a monumental move into the Faculty of Nursing’s new home in the Edmonton Clinic Health Academy. “The move has been a major accomplishment and opportunity for the future,” said Molzahn.

Exponential growth is not without its challenges, however. Molzahn says the Faculty of Nursing is faced with a professoriate that is aging. To remedy this, she and her team have recruited 15 new tenure-track faculty in the last four years, along with eight new lecturers coming on board next year. Even with that, Molzahn says they will need to recruit a dozen more faculty in the next five years.

“We’re going through a major period of renewal that will be very important to our future,” she said, adding that an energized faculty is paramount to her top priority going forward: enhancing student engagement.

“Coinciding with the Dare to Deliver 2011–2015 academic plan, one of the things I want to focus on in the coming years is enhancing student experience at the undergraduate and graduate level,” she said.

Two of the strategies Molzahn says she is prioritizing to ensure nursing students get the best possible student experience are increasing the number of undergraduate research experiences and providing better global citizenship opportunities.

“We have been sending students to Ghana, but there are some other countries that would like to partner with us; that will allow more of our students to participate in an international experience,” said Molzahn. “We have, partly because of our size and the outstanding quality of our faculty, some great opportunities going forward, and I’m so excited just to be part of it.”