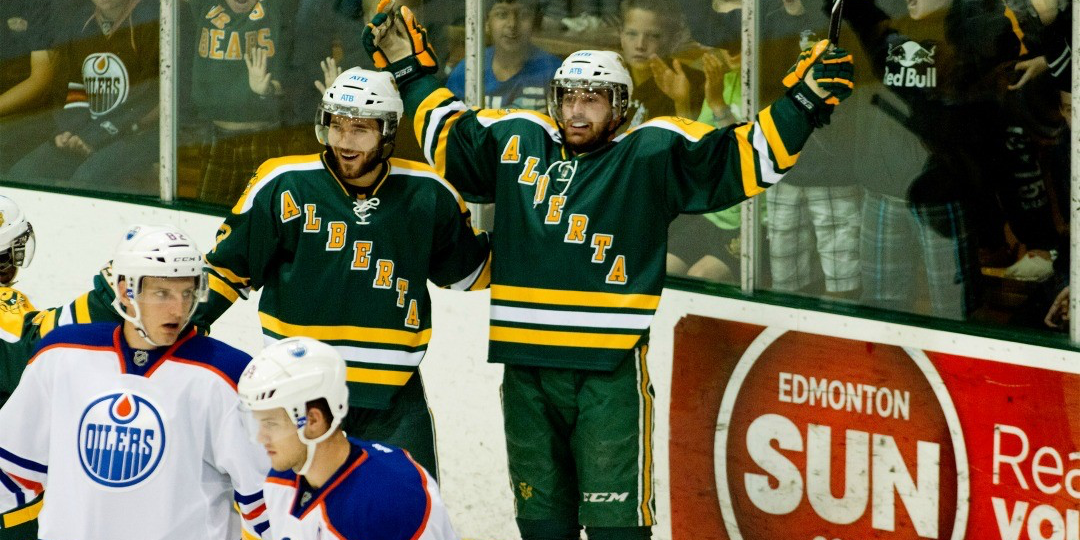 On Sept. 17, the Canadian Interuniversity Sport champions, the University of Alberta Golden Bears hockey team, will drop the puck in their annual tilt against the Edmonton Oilers rookies at 7 p.m. Tickets are $30 and available for purchase at the ARZ sales office (780-492-2231) in the Van Vliet Centre.

Last year, en route to winning their record 14th national championship, the Bears posted a 4–3 victory in front of a packed house in Clare Drake Arena. The win bumped the U of A’s record against the Oiler rookies to 13-10 overall. Though the history of the game itself dates back to 1988, the Bears have only won a national championship title and a game against the Oilers rookies in the same season twice before, in 2005 and 2013, while losses to the Oiler rookies paired with national titles occurred in 1992, 1999, 2000, 2004, and 2008.

“On behalf of the Golden Bears hockey program, and Golden Bears and Pandas Athletics, I would like to thank the Edmonton Oilers organization, and in particular, general manager Craig MacTavish, for the continued commitment to the relationship between our organizations,” said Bears general manager Stan Marple. “The exposure to National Hockey League professionalism and competition is very important to us, and of course this game raises significant publicity and revenue, which keeps us competitive in the CIS hockey landscape. We are very grateful and fortunate that the Oilers are committed to the greater hockey community in Edmonton.”

The Bears have won the last two contests, but the Oilers rookies won two of three before that. Current Oilers who have played in the game include Jordan Eberle (’08 and ’09), Oscar Klefbom (2013) and Martin Marincin (2013). Last year’s game also featured 2013 first-round draft pick (7th overall) Darnell Nurse, as well as forwards Jujhar Khaira, Mitch Moroz and Greg Chase.

"We are very pleased to continue our partnership with the University of Alberta and Golden Bears to play the annual Edmonton Oilers rookie game,” said Edmonton Oilers general manager Craig MacTavish. “The game carries a long-standing tradition and offers a high level of competition for our players, and it is an excellent way for both the Oilers and Golden Bears to showcase our bright young talent.”