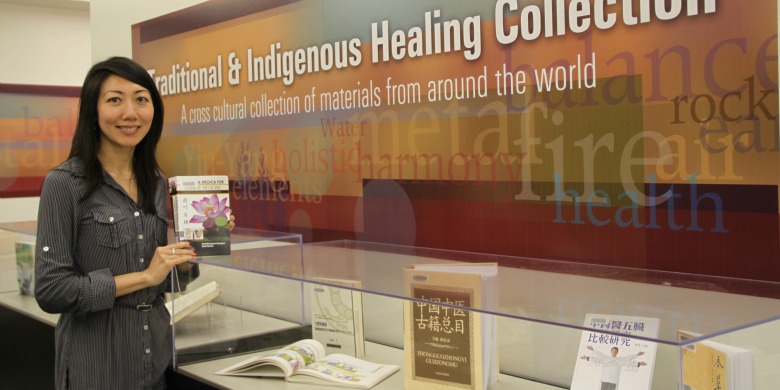 (Edmonton) Chinese medicines might not be a curriculum focal point at many North American pharmacy schools, but that doesn’t mean there isn’t growing interest in traditional herbs and remedies, including at the University of Alberta.

Raimar Löbenberg, professor and chair of pharmaceutical sciences in the Faculty of Pharmacy and Pharmaceutical Sciences, says there is far less development of traditional Chinese medicines in Canada than in Asia or Europe, but there is a growing appetite for knowledge.

“Right here at our Drug Development and Innovation Centre (DDIC) at the University of Alberta, we see many more people coming to us with traditional or herbal medicines than western medicines,” said Löbenberg. “We’ve found that some of the traditional medicines work very well.”

Löbenberg, a member of the specialty committee of traditional Chinese medicine in pharmaceutics, a subcommittee of the World Foundation of Chinese Medicine Science, said development of traditional medicines in Canada has lagged behind that in places like Europe because of differences in how these medicines are covered by public health insurance. In short, they’re not covered in Canada.

Since its launch in 2009, the DDIC has worked with industry on pharmaceutical science research and commercialization, including traditional medicines. Löbenberg said researchers are developing several products using traditional medicines for conditions such as osteoporosis and arthritis pain—products that have thus far yielded encouraging results.

“From what we’ve seen, the pre-clinical effectiveness has been very good,” he said. “There is quite strong evidence that the herbal extracts are quite potent.”

Löbenberg said working with traditional Chinese medicines is complicated work because the number of herbs, extracts and ingredients can far exceed western drug development, in which researchers typically work with one substance. But in some areas, western drug research has hit a wall, he said, and traditional Chinese medicines are a natural place to turn.

“In the future, there might be quite a bit of interest in this kind of medicine. If viable alternatives are available, or even if a traditional medicine is known to be as good as or even better than a western drug, with fewer side-effects, then why don’t we use it?”

Knowledge needs to improve, Löbenberg said, although he noted there is a growing discussion among faculties at the U of A about how to incorporate traditional medicines into curricula. One of the DDIC’s goals is to break new ground in education and knowledge translation.

Another area where the U of A has made knowledge gains is the small but growing collection of books about traditional and indigenous medicines in the John W. Scott Health Sciences Library. The collection was created a few years ago thanks to a donation by Joel Wilbush, the late physician and anthropologist, who gave his collection to the Centre for the Cross Cultural Study of Health & Healing.

“It’s an extraordinary collection. Very few universities have individual collections around the whole traditional and indigenous area,” said Earle Waugh, director of the centre, which brings together academics, health professionals, students and community members to bridge the gap between western medicine and traditional healing practices.

The centre has steadily added to the collection, Waugh said, and it is set to grow once again thanks to a future donation by Chinese physicians from Shanghai who recently visited campus. The collection will be highlighted during a special Chinese New Year-themed celebration Feb. 11 in Classroom F of the Walter MacKenzie Health Sciences Centre.

The public festivities, hosted by the centre and the John W. Scott library, include a lecture by Löbenberg, who will talk about the quality of traditional medicines.

Daxiong Xiang, head of the department of pharmacy at the Second Xiangya Hospital, Central South University in Hunan, will shed light on how traditional Chinese medicines are used in Chinese hospitals.