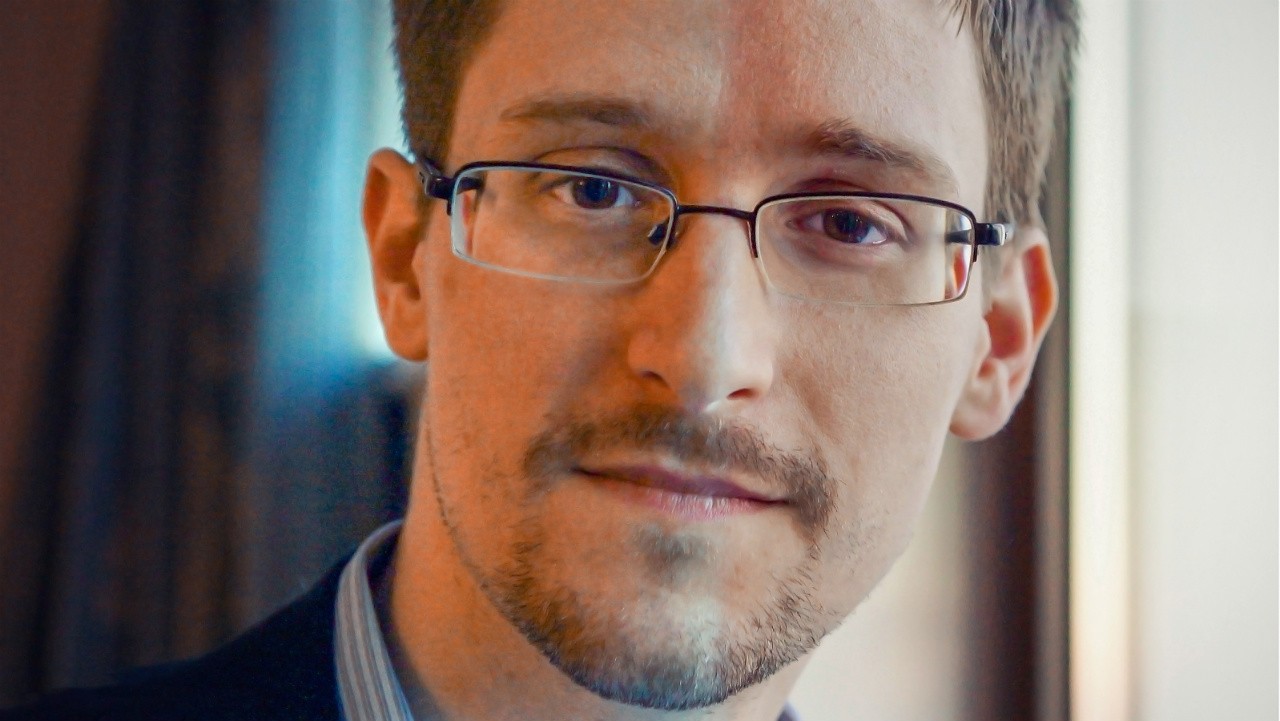 In a livestream event at the U of A earlier this week, American whistleblower Edward Snowden called the unprecedented growth in state and corporate surveillance part of “the greatest redistribution of power since the industrial revolution." (Photo: Laura Poitras/ACLU)

Internet giants such as Facebook and Google take advantage of their users’ ignorance to collect vast files of personal information, Edward Snowden told a University of Alberta audience Tuesday.

“As intrusive, invasive or illegitimate as these collection activities are, they're operating largely on this ignorance,” said Snowden, who came to prominence in 2013 when, as a contractor with the National Security Agency, he shared classified documents with journalists that revealed the existence of global surveillance programs. He was charged with espionage and theft of government property and has been living in Moscow, where he has secured asylum until 2020.

Appearing via livestream, he called the unprecedented growth in state and corporate surveillance part of “the greatest redistribution of power since the industrial revolution … and it's happening in a context in which you have not and will not once be asked for or permitted to cast a vote.”

Facebook has been embroiled in a scandal since last week that has seen its shares plummet after a Canadian whistleblower revealed that political consulting firm Cambridge Analytica had been improperly harvesting personal data from millions of Facebook users.

This past week, the social media company was further exposed pulling expansive records from users’ cellphones, said Snowden. After downloading a zip file with his own data from the social sharing network—an option available to all users—a New Zealand software developer said it included every call made on his mobile phone and texts between October 2016 and July 2017.

Facebook claims its users have consented to this access in privacy agreements, which may be true, said Snowden, “But the reality is … these agreements change so frequently and have such complexity that, even if you wanted to, you don't have time to read them.

"What this means is we are being disempowered. These companies know everything about us and we know nothing about them.”

In response to the breach, Facebook CEO Mark Zuckerberg has promised to give users more control over their personal information. But in repairing the damage, the company should go well beyond the letter of the law, said Snowden, defending itself "not on what is legal, but what is right."

Despite what the NSA leak has taught us about the extent of government control over private information, said Snowden, state and corporate surveillance has only grown in recent years, amounting to “the most effective means of social control in history."

Last year the U.K. passed “the most extreme surveillance bill in the history of democracy," he said, and France and Germany have passed similar bills. In Holland, 60 per cent of the country’s youth voted against a surveillance bill this month in a referendum, but it was finally carried by the majority of the population.

"In the United States, surveillance laws are so abusive that experts say they go beyond laws in countries like Russia and China,” which are now modelling their own surveillance bills after those in the U.S., said Snowden, adding that American courts refuse to challenge them for fear of criticism or being perceived as activist.

Earlier this year, the U.S. Congress passed a bill to renew the NSA’s warrantless Internet surveillance program. Such unbridled surveillance, along with fostering public ignorance, only erodes the foundation of democracy, said Snowden, ultimately placing the onus on citizens to determine truth.

“When a government, corporation or other powerful figure wants to deny reality, we have to be able to prove what is true,” he said. “We are being forced to rely upon democracy's last resort—the fourth estate (the news media)."

Snowden said the classified NSA documents he revealed in 2013 ranked journalists between hackers and terrorists on a hierarchy of danger: “Police and intelligence services are increasingly considering investigative journalism to be a kind of threat."

Governments often use “national security” as a euphemism to secretly determine what is considered a threat, when that determination should fall to citizens, he said, pointing out that states often get it horribly wrong. For example, in the 1960s, the FBI branded Martin Luther King the biggest threat to the country despite his subsequent iconic stature as perhaps the greatest American civil rights activist of the 20th century.

"Why are we here, what are we fighting for and what is the project of our civilization if not to protect values, even in the face of danger from our own worst instincts?” he asked. “(If we don't) we are not citizens—we are subordinates."