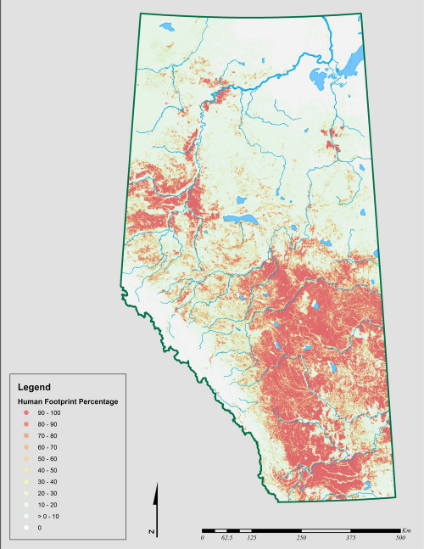 This map shows the percentages of human footprint in areas throughout Alberta. Only about 10 per cent of boreal forest in northern Alberta has been affected by human activity. (Image: ABMI) 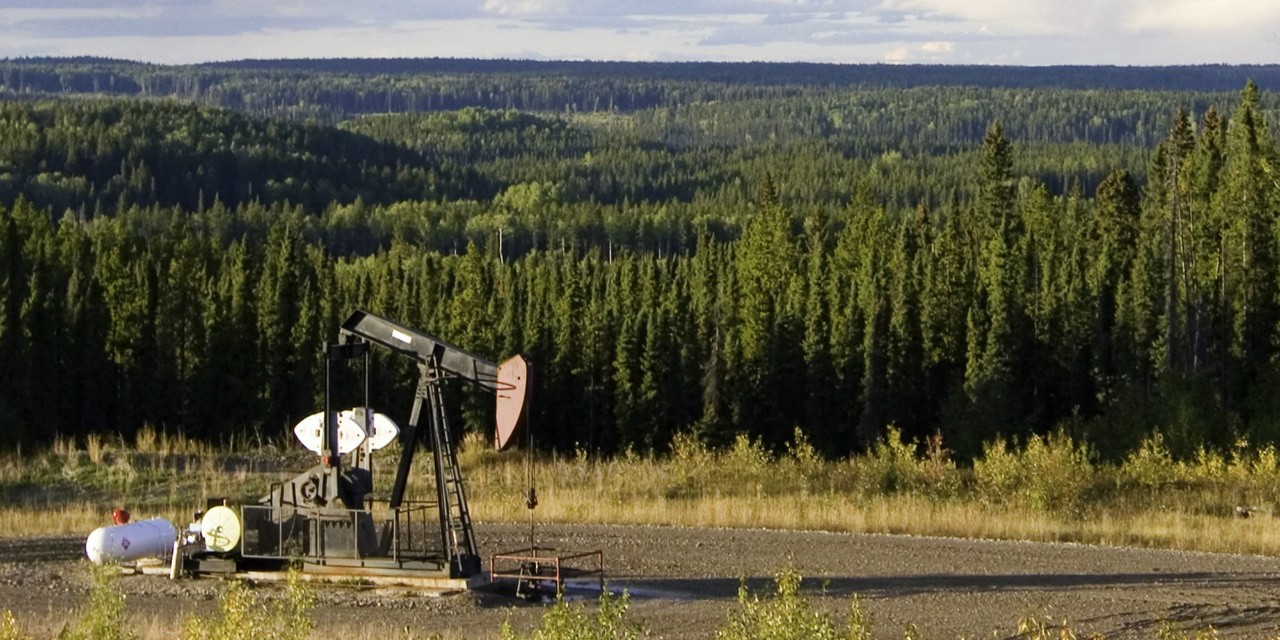 A new report from the Alberta Biodiversity Monitoring Institute shows that northern Alberta has been largely untouched between 1999 and 2015, but human activity in the entire province converted an area of native ecosystems about 3.5 times the size of Banff National Park into residential, recreational or industrial landscapes. (Photo: ABMI)

Human activity within Alberta’s boreal forest has affected less than 10 per cent of the area, according to a report released by a University of Alberta-affiliated biodiversity institute.

That and other land-use tidbits are at the heart of the Alberta Biodiversity Monitoring Institute’s Status of Human Footprint in Alberta, which provides comprehensive data on the extent of land transformation that occurred in Alberta from 1999 to 2015.

“If one looks in the boreal forest, even though we are developing it and we hear on the news that we’re modifying it greatly, our rate of development is actually quite slow,” said Jim Schieck, the institute’s science centre director. “What I find more interesting is at this stage, development in the boreal forest is still in its infancy—less than 10 per cent of the landscape has been disturbed in total.

“There is a whole lot of the boreal forest that no one has ever been near.”

Schieck is quick to point out that doesn’t mean all is fine.

Though northern Alberta has been largely untouched over the years examined in the report, human activity in the entire province converted an area of native ecosystems roughly three and a half times the size of Banff National Park into residential, recreational or industrial landscapes.

The report—which used detailed satellite and aerial imagery to compile the data, a first for a Canadian province—indicates the human footprint in the province increased by 3.5 per cent, or 23,000 square kilometres. On a cumulative basis, humans visibly altered just over 29 per cent of Alberta’s land base. Agricultural land use is by far the biggest contributor to the total at 20.2 per cent, followed by forestry at 4.3 per cent and energy at 1.9 per cent.

“It’s true there is still a significant amount of undisturbed land in the province. That means there’s still time to make informed, far-sighted decisions about how to manage Alberta’s natural heritage,” he said, adding the report provides strong, reliable data with which to make evidence-based decisions.

The report also sheds light on how land use has changed over time and space, and how it may continue to develop, added Jahan Kariyeva, director of the ABMI’s Geospatial Centre.

“The report helps us see the trends in the human footprint to better understand how we are impacting biodiversity,” she said.

She also noted that the majority of the human footprint is a historical footprint—made up of farms and ranches—that has existed for decades and contributed to the province’s economic sustainability.

A closer look at the patterns of footprint distribution reveals that location, extent and type vary widely across the province. For example, the human footprint ranges from a high of 78 per cent in central Alberta, where Edmonton is located, to a low of 0.1 per cent in the Canadian Shield Natural Region in the far northeast.

Schieck explained that while Albertans have done a good job of protecting large swaths of land, such as the Rocky Mountains or Wood Buffalo National Park, which is the second biggest national park in the world, parts of the province have gone the other way.

He pointed to the moist mixed grass areas, a transition zone found between grassland and parkland.

“We convert native grassland because it grows good crops,” he said. “That’s very beneficial for agriculture—we did it on purpose and have achieved our goal there. But there are also ecological consequences to native species due to the loss of natural habitats.”

He said the report points out that as a society, “we are scratching along the edges” of the remaining undisturbed patches.

“The present report is just a look at the data. It says, ‘Here’s what we have and here’s how it’s changing.’ It is up to society to look at the results and ask whether the changes are what we want for our landscapes.”