Dialogue confronts dark side of diversity 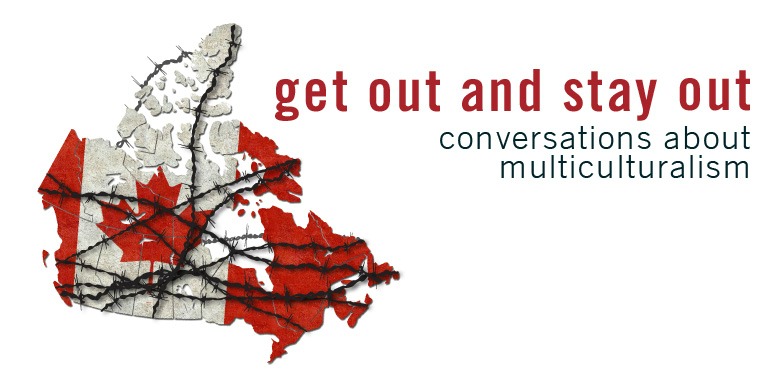 (Edmonton) Academics and community leaders met last week to discuss issues of racism, multiculturalism and xenophobia in Edmonton. The event, part of a dialogue series from the University of Alberta’s Kule Institute for Advanced Study, produced recommendations that would help address issues on diversity in Edmonton.

Representatives from government and civic groups, including the Edmonton Police Service, Edmonton City Council, Racism Free Edmonton and other members of the public, met at the Edmonton Clinic Health Academy for critical discussions as a way to combat those issues.

The John Humphrey Centre for Peace and Human Rights co-sponsored the two-day event, Get Out and Stay Out: Conversations About Multiculturalism. The series started with a dialogue between University of Western Sydney scholar Alana Lentin, who spoke on “The Crises of Multiculturalism: Racism in a Neoliberal Age” and U of A researcher Mojtaba Mahdavi, whose talk, “Towards the Dignity of Difference? Neither End of History nor Clash of Civilizations,” is also the title of a recently published book he co-edited.

Both presentations aimed to reconcile cultural differences, especially within multicultural democratic states. Mahdavi notes that multiculturalism now should represent a form of dialogue, with the self and others, and that neither assimilation nor exclusion—common approaches to dealing with differences among people from different cultures–are good alternatives.

“We must not, as we’ve done in the past, simply listen to others. We must also talk with each other; truth does not exist out there, we get to it through dialogue,” Mahdavi said. “All cultures have something to offer and people across all cultures appreciate a certain value system, such as democracy, social justice and fairness.”

In Towards the Dignity of Difference, which Mahdavi edited with U of A professor Andy Knight, the pair argue for the dignity of difference as a third way for policy makers and societies to redress conflicts and issues that are the result from the increasing global mix of cultures.

“The solution is for people to engage in a serious critical dialogue with their culture and with others. We all need to learn from each other. We need to stop excluding others from the public sphere as well as stop trying to assimilate them into public life,” Mahdavi said. “There needs to be more social gatherings amongst groups to listen and understand each other. We want to make sure things that happen to minority groups in other countries don’t happen here.”

Renée Vaugeois, executive director of the John Humphrey Centre, says the topics at the meetings are relevant to Edmonton today.

“Edmonton is a city that has experienced an influx of temporary workers and new Canadians, so this topic is at the heart of what is happening in the city.”

During a roundtable session, members from community groups working on promoting diversity in Edmonton discussed their successes and challenges, with a focus on the issues Edmontonians and Canadians face with racism and diversity. Researchers from the U of A presented studies that deal with multicultural issues.

Recommendations to help promote diversity in Edmonton included effecting change through education and having more open, frank discussions on racism. Participants also agreed on the need for a forum that promotes dialogue among minority groups in the city.

The Kule dialogues are an opportunity for researchers and community members to work together to address issues in society through funding the institute provides for innovative research.