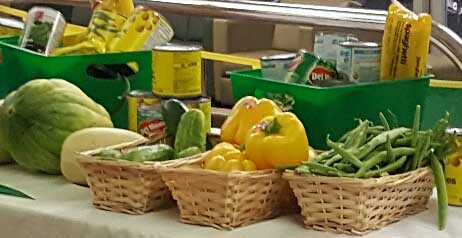 The study's four-week menu was based on a principle called the 4-A Framework which says foods should be adequate, accessible, acceptable and available.

The most recent news for people with Type 2 diabetes is darn good—it takes just a few realistic adjustments to their diet, without an overt focus on weight loss, to reduce the risk of developing the disease’s serious long-term complications.

The changes recommended for diabetes control will also make them feel part of their family and social groups, because they are changes that people without diabetes easily can and should be making, too.

“For people with diabetes who feel a bit marginalized, that inclusion can make a big difference in terms of their mental state and their ability to enjoy their lives,” said Catherine Chan, a co-author of a just-published study on the effectiveness of lifestyle intervention on Type 2 diabetics.

The study showed that even without major weight loss people with Type 2 diabetes can significantly improve blood glucose control and reduce sodium levels in their diet.

“Our primary outcome was that hemoglobin A1c, which is a measure of how well-controlled blood glucose is in the past three months, decreased 0.7 per cent,” said Chan, a professor of nutrition and physiology in the Department of Agricultural, Food and Nutritional Science.

“A decrease of .5 per cent is considered clinically relevant. That person could be expected to have a lower risk of complications if they’re able to maintain that number.”

Study participants also reduced their sodium intake from by about 570 milligrams per day from over 3,000 mg. That’s close to the “upper tolerable limit” indicated by Health Canada and certainly much better than the 3,500 mg most Canadians consume, said Chan.

There was only a marginal decrease in overall body mass index, but while weight loss is definitely encouraged as a diabetes management tool, the weight results send an important message, said Chan.

“Even with a small change in weight you can get improvement in your health. I think people have the idea that you’ve got to get into a size 4 in order to be a success, but in terms of managing diabetes that is not the case.”

Without good management, diabetes can lead to heart attacks, strokes, blindness, kidney failure, nerve damage and blood vessel disease that can require amputations in extremities such as feet and legs.

For the study, led by recent PhD graduate Ghada Asaad, participants followed a four-week menu based on a principle called the 4-A Framework (and subsequently outlined in the book Pure Prairie Eating Plan, written by Chan and Rhonda Bell). It says foods should be adequate, accessible, acceptable and available. That means the recommended foods must meet guidelines that lead to blood glucose control; be within an individual’s financial means; be acceptable to cultural norms and people’s tastes; and be from local sources or regularly imported.

In addition, the study’s 73 participants (62 of whom completed the three-month followup) received specific advice on how to adapt the meals they were eating so they met the Nutrition Therapy Guidelines of the Canadian Diabetes Association, which include reducing calories, eating low-glycemic index carbohydrates, focusing on nutrient-rich foods and spacing their meals out.

During five group sessions they learned how to implement the guidelines with practical advice relevant to their own lives. There were cooking classes that demonstrated how to season without salt, individual alterations of the menu plan to substitute their own family’s preferences, hands-on translations of food labels on items from their own cupboards, and grocery store field trips.

“They could see ways that they and their families could all enjoy the same food together and that they do not have to feel so isolated,” said Chan.

That’s good news not only for people with Type 2 diabetes, but also for those without this disease.

The Canadian Diabetes Association says that 9.2 per cent of Canadians have diabetes (of those, 90 to 95 per cent have Type 2 diabetes, which usually occurs in adulthood and is tied to diet and lifestyle). That number is rising rapidly and is estimated to be 10 per cent by 2020, with an estimated cost of $16.9 billion to the Canadian health care system.

The study, co-authored by MSc graduate Diana C. Soria-Contreras and nutrition professor Rhonda Bell (also in the Department of Agricultural, Food and Nutritional Science), was part of the Physical Activity and Nutrition for Diabetes in Alberta (PANDA) Trial. It is published in Healthcare.