The medals I won sit now in a drawer, but incredibly, they aren’t my greatest treasures from a lifetime spent pursuing them. 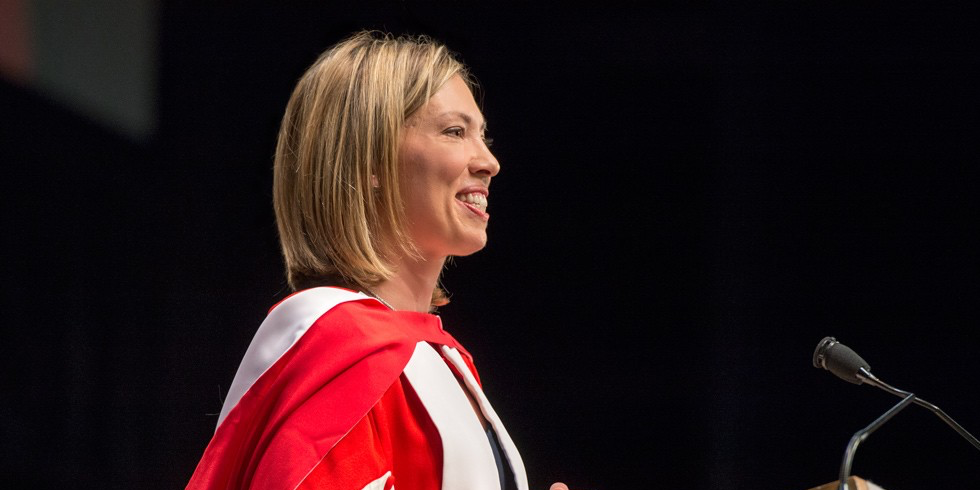 (Edmonton) During her first ever Holmenkollen, one of Norway’s most popular cross-country skiing competitions, a young and determined Beckie Scott focused on having the race of her life.

All the years of preparation—a youth spent zigzagging the province for weekend races, joining the Canadian national ski team at 19, leaving her family and hometown of Vermilion—were about to come to bear over 30 kilometres of gruelling terrain through Oslo, where skiing is revered much like Canadians worship hockey.

It was Scott and her dream. And a naked Norwegian wearing a Viking helmet.

The man, who also displayed a Norwegian flag around his neck, raced beside the track cheering, “Heja! Beckie! Heja!”—likely the result of a Jägermeister-fuelled evening of fanatic cross-country debauchery.

Instead of visualizing a podium finish, Scott’s thoughts turned to her teammates and how she couldn't wait to tell them about her bizarre encounter with the nude Norseman. It was an early lesson that some things are more important than the pursuit of goals and dreams, said Scott, a three-time Olympian and gold medallist in Salt Lake City in 2002, upon receiving an honorary doctor of laws degree from the University of Alberta on June 4.

“The medals I won sit now in a drawer, but incredibly, they aren’t my greatest treasures from a lifetime spent pursuing them,” Scott told graduands of arts, physical education and recreation, and native studies. “It’s my friendships, it’s the friends that I made, it’s the moments of shared experience, the heartbreak, the hilarity as we leaned on each other for comfort, for support, as we had so much fun pursuing our goals together.”

Scott said her journey in sport was full of life lessons—none more important than failure, particularly early in her racing career. “I actually consider myself something of an expert on the subject,” she said.

Despite all the hard work, the confidence, the determination to join the sport's elite, Scott’s dreams of success “were almost completely destroyed nearly every time I raced” through regular "crushing defeats, terrible results and heartbreaking disappointments."

But she held her dream close and didn’t give in to self-doubt.

“I held on to the very simple notion that, although I didn’t know if it could be done, I also didn’t know—yet, anyway—that it couldn’t,” she remembered.

Tens of thousands of kilometres of races, 17 World Cup medals and an Olympic gold later, Scott said she learned far more about persistence and resilience from finishing at the “back of the pack” than standing atop the podium.

Scott encouraged grads from the class of 2014 to follow their dreams with the same inspiration and determination, to use their enormous power to make change and be part of “something that is bigger and greater than yourself.”

“Seize the moments when they come to you, step up, challenge yourselves and dig deep to find the courage that you need, when you need it. But above all, enjoy the journey.”