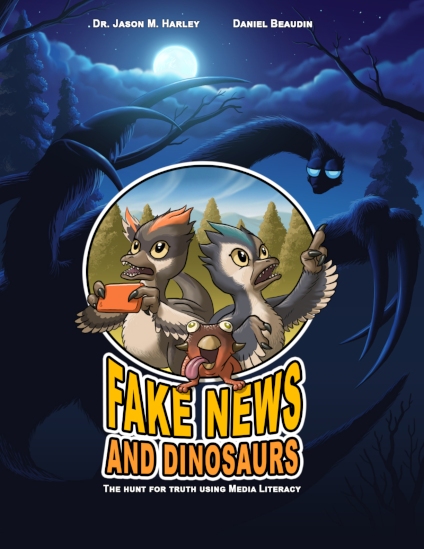 "Fake News and Dinosaurs" follows two inquisitive young dinosaurs who have to sort out misleading media accounts and their own biases to solve a mystery. (Photo: Friesen Press) 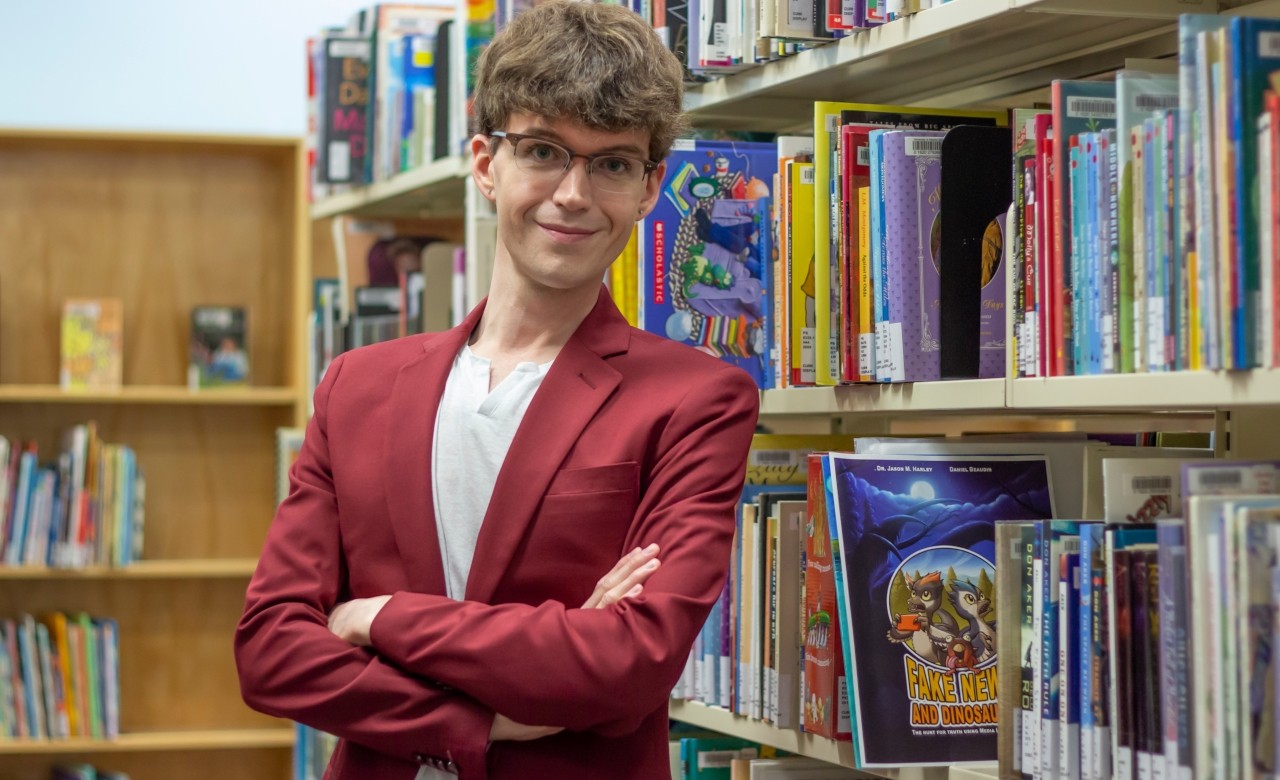 A new graphic novel created by a University of Alberta educational psychologist and an illustrator aims to help young readers spot fake news through a story about a pair of young dinosaur sleuths.

Jason Harley was preparing an undergraduate course for pre-service teachers with a large media literacy component, and found a lot of good material from publishers about applying critical thinking to the inflated promises of advertising, but nothing about applying those skills to other kinds of information that purport to be true.

“I couldn’t find any resources related to fake news—nothing about learning to recognize your emotional responses to what you’re reading, or about being critical and reflective about the quality of the sources you’re reading, about potential biases from where you’re looking in the first place, what you’re considering, what you’re discarding. These are really fundamental 21st-century concepts.”

To fill the gap, Harley and their partner Daniel Beaudin, a professional illustrator and graphic designer, created Fake News and Dinosaurs: The Hunt for Truth Using Media Literacy, which has just been published by Friesen Press.

The colourful graphic novel, intended for readers aged eight and up, follows some inquisitive young dinosaurs—troodons to be precise—who must contend with a glut of misleading media accounts and their own biases to get to the bottom of the death of a farmer’s prized duck-billed dinosaur, allegedly at the hands of a vicious “forest monster.”

While most psychological perspectives on fake news—defined as purposely misleading information to further some financial or ideological end—focus on the role of cognition, Harley said the educational content of the graphic novel is informed by their own research on the role emotions play in learning.

Research has shown that emotions like fear and anger can be distracting and have a negative impact on our ability to effectively process information, Harley noted.

“Fake news relies on strong distracting emotional responses to help fool people, a little like misdirection. The book gives concrete examples of how easy and tempting it is to fall victim to fake news, but also points to practical things we can do to avoid being taken in by and acting on false information,” Harley added.

In warning about the pitfalls of fake news and showing readers of all ages how to help protect themselves and others from it, Harley said they and Beaudin did not want to use disproven tropes in their depiction of dinosaurs. Beaudin researched widely to get the details right, going so far as to confirm some of the character design with a paleontologist based in British Columbia who had recently unearthed the remains of a pterosaur—a small flying dinosaur—on Hornby Island.

“We wanted to make sure the dinosaurs were representative of what the current scientific understanding of them is,” Beaudin said. “Then, keeping in mind the physical details and proportions of these magnificent creatures, I designed a civilization and architecture tailored to them.” ”

Harley admitted real dinosaurs didn't go to school or keep other dinosaurs as pets as the characters in Fake News and Dinosaurs do, but noted they and Beaudin were determined to eliminate the tendency in similar works of fiction to delineate characters using stereotypical trappings of gender, a nod to the more nuanced understanding of gender toward which society seems to be headed.

“A lot of children’s and young adult books wildly anthropomorphize animal characters, so they do things like give female dinosaur characters long eyelashes and lipstick, even breasts. Reptiles don’t have breasts, they’re not mammals,” Harley said.

“You see this in a lot of great children’s books because people are so reliant on the social construct of gender. So, in our book, we just use singular they/them/their pronouns for everyone—there is no gender in the book anywhere. Even if it’s not the first, it’s one of few children’s books to do this, helping people to step away from that gender binary, if only for 48 pages.”