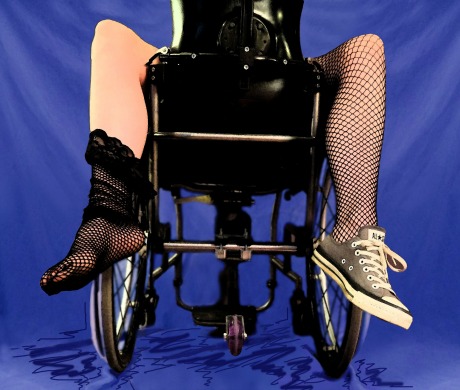 121015-disability-banner
The (dis)ability symposium brings together scholars, artists and activists
at the intersections of feminist, queer and disability movements. (Photo: C. Hilliard)

(Edmonton) As a Trudeau and Vanier scholar at the University of Alberta, Danielle Peers stays on the leading edge of queer and crip theory.

But when it comes to real life and attending local queer events, too often she takes a pass because many venues are not wheelchair accessible. For other gays and lesbians with disabilities, finding love and intimacy can be hampered by the physical and cultural structures that exclude them.

“If you have an attendant for your care needs and you want to go to a gay bar, now you have to deal with potential homophobia of that attendant, be it a family member or a hired caregiver—assuming you can get into the bar,” said Peers, a PhD candidate in the Faculty of Physical Education and Recreation. “A lot of stuff around disability supports assumes you’re non-sexual or straight; a lot of stuff around queerness assumes that you are able-bodied.”

It’s these types of intersections between feminist, queer and disability movements that will be examined during (dis)ability? queer and feminist perspectives, a two-day symposium at the U of A Oct. 18 and 19 that will bring together leading scholars, artists, activists and community members.

“This is a chance to explore how the connections between the queer and feminist movements have shifted or have not shifted in terms of the ways that they can help us account for the systems of oppression that underlie disability,” said Peers, who is co-chairing the event with Lindsay Eales, a fellow physical education and recreation grad student, and Chloë Taylor, assistant professor of women’s studies.

“We want to look at how these movements and different ways of thinking overlap and intersect and help us think about each other’s social struggles—how they overlap, or don’t overlap yet, theory-wise,” Peers added, “but also how they overlap in both our daily experiences and our activism.”

For Peers, her own overlap involves her experiences as a feminist, queer and disability activist and researcher.

“You can think of intersections as in the overlapping experiences of a queer, female, disabled person like me. Or you can think about how the social structures that reinforce ableism, sexism and homophobia overlap: both lead you to a more complex analysis than simply considering disability in a vacuum.”

Peers and Eales will host roundtable discussions about desiring disability, and Department of Philosophy graduate students Catherine Clune-Taylor and Joshua St. Pierre will host a roundtable on building alliances.

The symposium also features Crip Tease: An Evening of Irreverent Art, a one-day exhibit Oct. 18 featuring 16 North American artists, plus an activist dance party. It’s also being held in conjunction with Alberta Eugenics Awareness Week, which aims to raise awareness of a chapter in Western Canadian history that Peers notes was not only racist, but also affected people who were disabled, queer, Aboriginal and from other ethnic backgrounds.

(dis)ability is open to the general public and is sponsored by the Social Sciences and Humanities Research Council, Trudeau Foundation, faculties of Physical Education & Recreation and Arts, Institute for Sexual Minority Studies and Services and Living Archives on Eugenics in Western Canada.