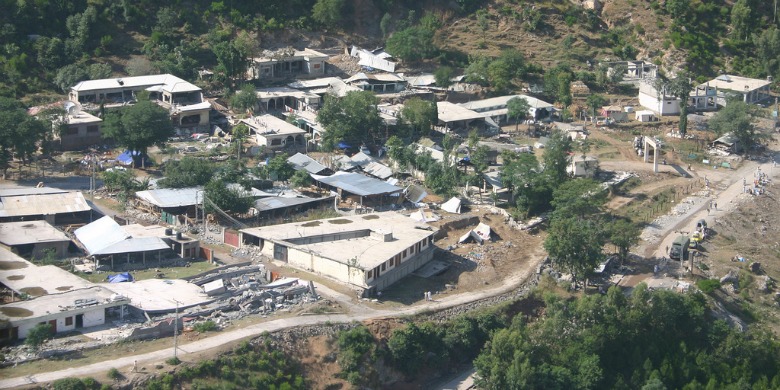 (Edmonton) Women who suffered spinal injuries in the 2005 Pakistan earthquake continued to endure hardships years later, including abandonment by spouses and families, according to new research from the University of Alberta.

Zubia Mumtaz, an assistant professor in the School of Public Health who studies how gender and class inequalities affect maternal health, worked with a team of graduate students to document the experiences of paraplegic women three years after the 7.6-magnitude quake that devastated Kashmir. They found that women—far more than men with similar spinal cord injuries—lacked necessary supports to care for themselves or their families.

“After the media attention has gone away, after everybody’s gone home, what happens? Everybody has walked away from these women—forgotten about them completely,” Mumtaz said. “Society did not want them. They were just abandoned.”

Mumtaz and her team travelled to remote villages, often on foot, in the Himalayan regions where 80,000 people were killed and 100,000 injured in the Oct. 8, 2005 earthquake. Previous studies showed that a large majority of patients who suffered spinal cord injuries in the disaster—65 to 74 per cent—were women.

“The earthquake was unique in that it took place at about 9 o’clock in the morning, when the women were at home but the men were out in the fields. When the homes crashed, when the roofs collapsed, those that weren’t killed were pinned by the steel roof beams,” Mumtaz said.

Although families initially rallied behind paraplegic women after the quake, that support largely evaporated, according to interviews three years later with 73 people from six villages in the Bagh district of Kashmir and a rehabilitation facility in Islamabad.

Abandonment was a common occurrence, said Mumtaz. Of 30 women who were married at the time of the quake, 24 were abandoned by their husbands and left at the National Institute of Rehabilitation Medicine, some with their children. Husbands remarried women—often young brides—who could be easily manipulated and fulfil household duties such as child-rearing, farming and fetching water, she said.

“The men thought nothing of remarrying if their wife was paraplegic, but no wife would dream of leaving her paraplegic husband,” Mumtaz said.

Although some women were cared for by blood relatives, sometimes it came with a price. Paraplegic women in Bagh received a stipend from a Dubai-based humanitarian organization—a payment that in some cases was also a source of family strife.

“One woman said, ‘They are nice to me because I have this money,’” Mumtaz recalled. “But in some cases, the husbands would travel all the way to the rehab facility to take the stipend to support the new family they created.”

In contrast, paraplegic men did not experience lack of support from wives or family. Although many expressed a desire for employment opportunities, they were far more vocal about advocating their own cause, she said.

“These women of course did not ask for that because this is a tradition in which women have not worked—economic dependency is the norm. But in this situation, I think they need to do that, and perhaps some kind of long-term government assistance could help, too.”

Mumtaz hopes increased awareness will help these women so they’re no longer “brushed under the carpet.”

“These are very invisible women. The women are invisible, the issues are invisible. This kind of research helps remove the cobwebs and bring attention to them, and hopefully improve their quality of life.”

Mumtaz’s research finding was published in this month’s issue of Disasters.