U of A researchers find biomarkers for identifying Alzheimer’s and mild cognitive impairment in saliva samples. 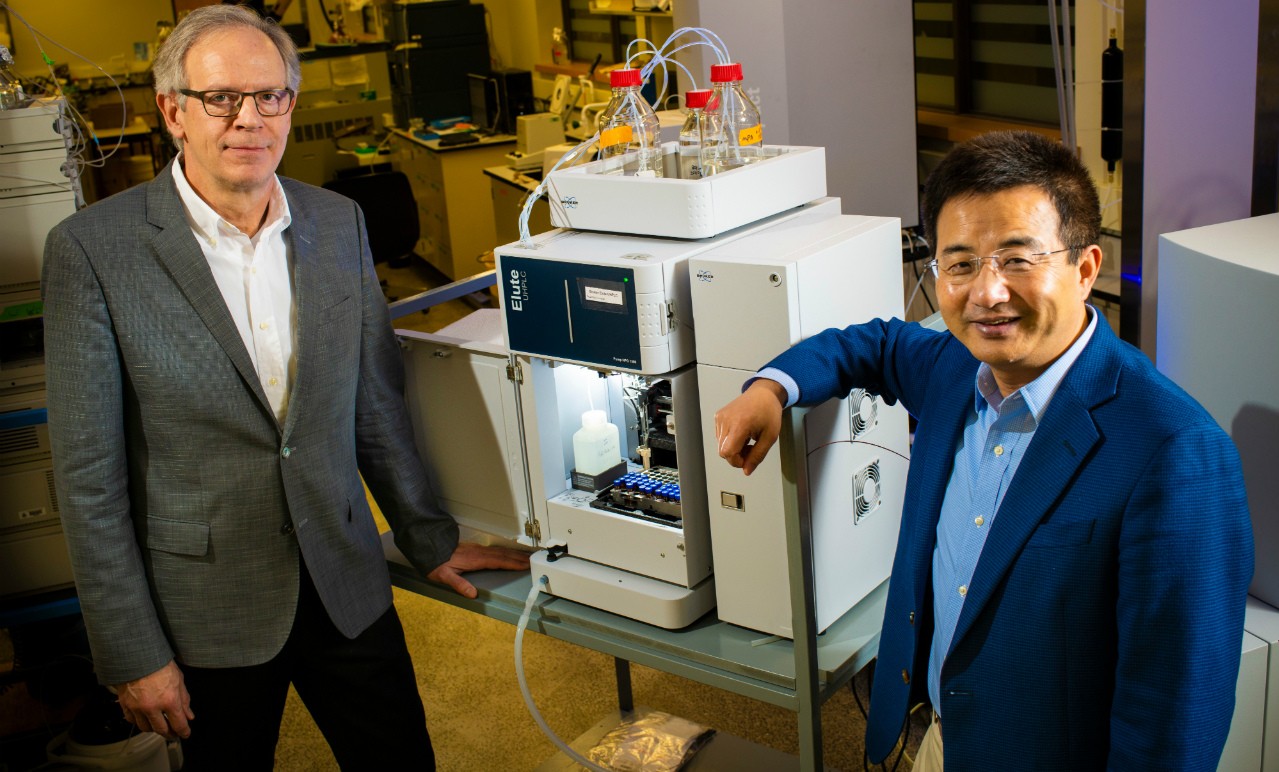 Roger Dixon (left) and Liang Li are working together to develop a saliva test for Alzheimer’s disease. (Photo: John Ulan)

The discovery of three biomarkers that detect mild cognitive impairment and Alzheimer’s has the potential to lead to the development of a saliva test to diagnose the chronic neurodegenerative disease.

University of Alberta scientists Liang Li and Roger Dixon examined saliva samples from three sets of patients: those with Alzheimer’s, those with mild cognitive impairment and those with normal cognition. Using a powerful mass spectrometer, the pair examined more than 6,000 metabolites—compounds that are part of our body’s metabolic processes—to identify any changes or signatures between groups.

“We found three metabolites that can be used to differentiate between these three groups,” said Li, adding that while the results show promise, the sample size was small.

“If we can use a larger set of samples, we can validate our findings and develop a saliva test of Alzheimer’s disease,” he explained.

A saliva test would prove useful in clinical settings for its ease and non-invasive nature. It also has the potential to detect neurodegenerative diseases sooner, allowing for early intervention.

“So far, no disease-altering interventions for Alzheimer's disease have been successful,” said Dixon. “Researchers are aiming to discover the earliest signals of the disease so that prevention protocols can be implemented.”

The biomarkers could also be used to conduct efficacy testing for treatments.

“Using the biomarkers, we can also do testing to see what types of treatments are most effective in treating Alzheimer’s disease—from diet to physical activity to pharmaceuticals,” added Li.