UAlberta scientists crack mystery that could change our understanding of cellular disease. 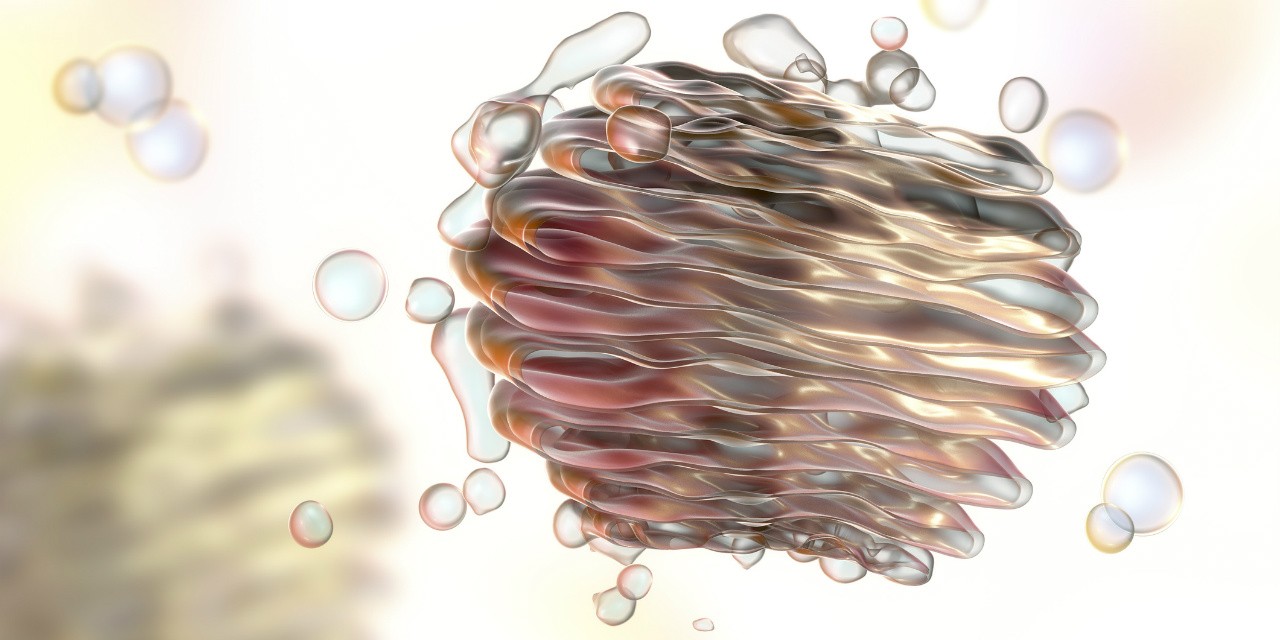 Artist's conception of the Golgi apparatus, showing the hallmark "stacked pancake" appearance. UAlberta research reveals that this cellular structure is older and more complex than previously thought, which could lead to new insights into cellular diseases.

New research by University of Alberta cellular biologists is putting into question existing theories about what’s responsible for organizing a central part of our cells, known as the Golgi apparatus.

“The Golgi sorts material as it is made and directs it to different locations. It is like a cellular post office. Our research—which goes back in time to examine how cells evolved over billions of years—challenges existing theories around how the cell’s Golgi is structured,” said Joel Dacks, a U of A cellular biologist and Canada Research Chair in Evolutionary Cell Biology, who led the study.

“This is critical because when this important element of a cell’s membrane trafficking system malfunctions in humans, diseases such as Alzheimer’s and Parkinson’s occur.”

The study—conducted in partnership with scientists in the Czech Republic—aims to explain fundamentals of how healthy cells work, which should help in understanding disease when cells go wrong, he noted. “You can’t figure out why your car doesn’t run if you don’t know how cars work in the first place.”

Scientists have long postulated that a single gene is responsible for the Golgi apparatus’s hallmark stacked membrane look, a collection of flattened membrane-enclosed disks known as cisternae, he explained.

Using new and existing genome sequence data and computational analysis, Lael Barlow, a PhD student and the paper’s first author, examined the evolution and prevalence of genes that were thought to be responsible for Golgi stacking across the broadest range of organisms, from amoeba to fish to humans.

“After testing every gene proposed as responsible, we found that none of them match the predicted pattern of presence and absence across genomes as the gene for stacking of the Golgi,” said Barlow.

Instead, the authors suggested a previously proposed explanation—many different types of genes, each acting in overlapping and complementary ways, might explain the phenomenon and should be studied a lot more.

“The analogy would be that instead of a great song being the result of a single essential solo artist, with backup singers, the song is the result of a choir and many choristers that can compensate for one another,” noted Dacks.

Moreover, their study provided the most detailed picture to date of Golgi organization in our ancient cellular ancestry, showing that it was more complex than previously thought, and importantly, that the separate “pancake” organization had already been set up, more than a billion and half years ago.

“It’s very exciting, kind of like replacing old grainy aerial photos of a Mayan settlement with much higher-resolution images of the same site, showing that the society was more complex than anticipated at that time point and how it was organized,” said Dacks.

“This work points to a new path to understanding the organization of a critical part of our cells and brings into the light an even more detailed picture of our deep evolutionary history.”

The study, published in BMC Biology, was funded by the Natural Sciences and Engineering Research Council of Canada (NSERC).