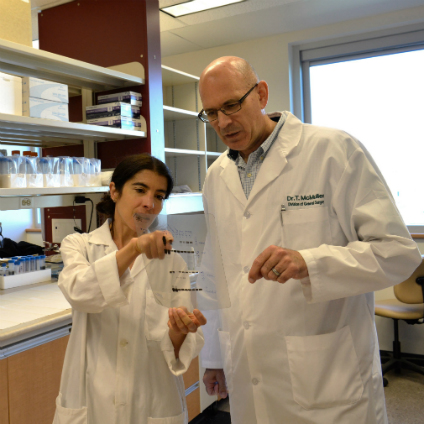 U of A researchers identify two key features in patients that shed light on appropriate dosage. 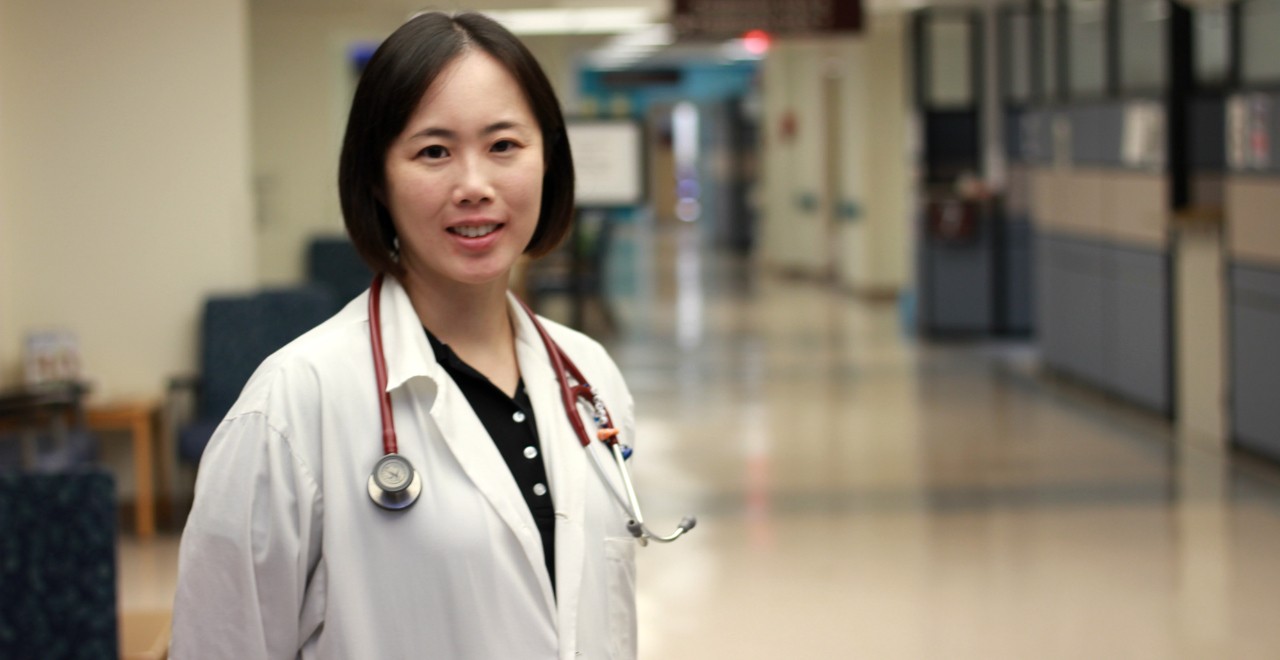 Oncologist Karen Chu led a U of A study of thyroid cancer patients that showed those with two key features of the cancer were much more likely to be disease-free after five years if they were treated with high-dose radioactive iodine. Chu says steps are already being taken to change clinical practice in Alberta based on the results. (Photo: Faculty of Medicine & Dentistry)

Research from the University of Alberta is prompting doctors to re-examine how they treat patients with thyroid cancer in Alberta.

Researchers found patients whose thyroid cancer showed two key features—lymph node metastasis at the time of surgery and an extension of the tumour beyond the thyroid—were much more likely to be disease-free after five years if they were treated with high-dose radioactive iodine. Patients with those same features had a much greater chance of the disease recurring if they were treated with low-dose radioactive iodine.

“The evidence was so compelling based on what we saw that we think it’s appropriate that we examine our own local guidelines and look at it in Alberta right away,” said Todd McMullen, an associate professor of surgery and oncology at the U of A and an endocrine surgeon at the U of A Hospital who participated in the study.

According to McMullen, a major difficulty facing surgeons has been determining which patients will benefit from less aggressive treatment and which ones need high-dose radioactive iodine.

To find out, the researchers examined the records of 1,067 thyroid cancer patients at Edmonton’s Cross Cancer Institute from 1995 to 2008. Of those, approximately 200 patients with the more aggressive form of the disease were followed over time based on how much radioactive iodine they were treated with.

“We found there were probably three or four times more recurrences in patients that had low dose as compared to high dose,” said McMullen.

“That helps guide us in terms of letting us know which patients likely still need higher doses,” added Karen Chu, an assistant clinical professor with the U of A’s Department of Oncology who led the study.

“The more radioactive iodine we give, the more likely they’re going to have long-term complications. If we can find the right dose so we only treat them the one time, in hopes that is the cure, then they would not need to have more treatments afterwards and won’t have all the long-term side-effects,” she explained.

According to the researchers, approximately one-third of patients will need a higher dose of radioactive iodine. Chu said finding the right balance is key. Too high of an overall lifetime dose can lead to infertility, permanent dry mouth, dry eyes, bone marrow suppression and a risk of secondary malignancy. Treating patients with too low of a dose initially will lead to additional treatments in the future, meaning more radioactive iodine in the long run.

“A lot of these patients are young. So they are living with this for a very long time. If we don’t have to treat them a second time, or a third time or a fourth time, that is the best way to go,” said Chu, who is also a radiation oncologist at the Cross Cancer Institute.

The team is hoping to expand on its findings through a potential multi-centre clinical trial in the future. McMullen and Chu said steps are already being taken to change clinical practice in Alberta based on the research. They hope new guidelines for surgeons will be in place by the end of 2018.

“These are things we already monitor for,” said McMullen. “That’s why we can change what we do relatively quickly. It’s just a question of putting the protocols in place.”