U of A biologists determine when and where disease transmission between elk and cattle is most likely, develop guidelines to help ranchers prevent it. 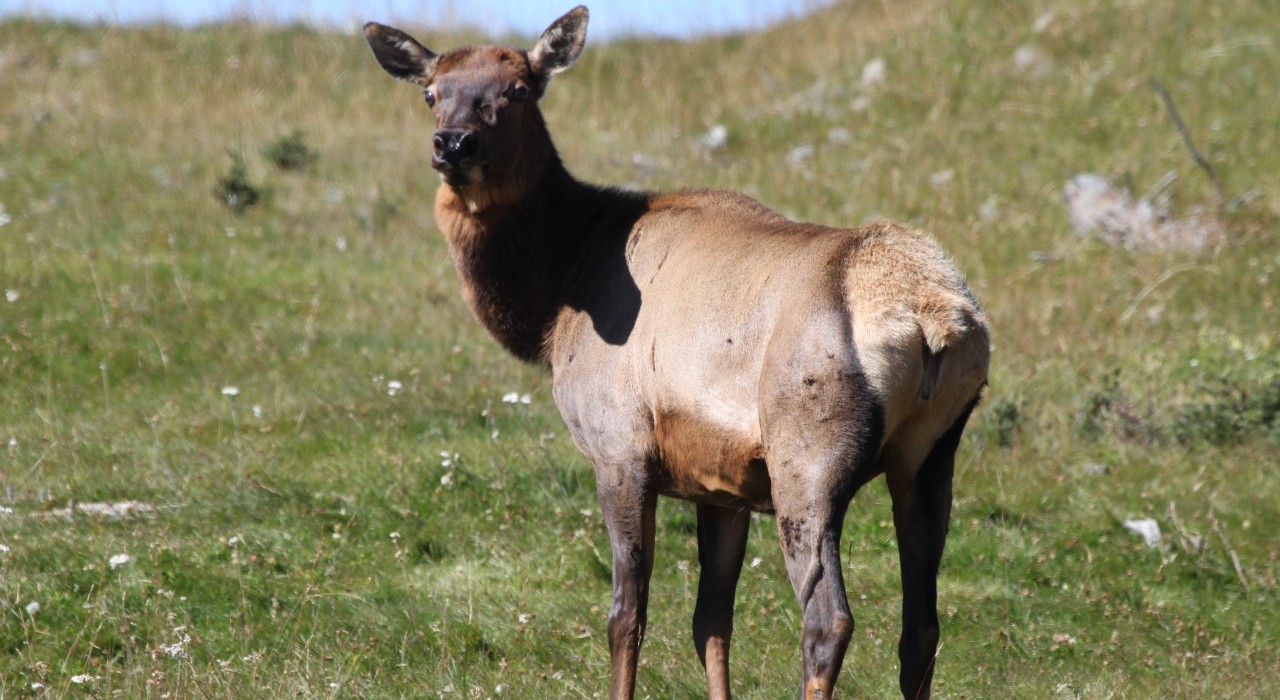 The foothills of southwestern Alberta are home to wild elk as well as cattle on ranchlands—and when the species intermingle, the potential for disease to spread is higher, according to a new study. (Photo: Mark Boyce)

Diseases transmitted from wildlife are a common threat to livestock and humans in Alberta, according to new research by University of Alberta biologists.

“One of the biggest risks to the livestock industry is the transmission of disease from wildlife to livestock,” said Mark Boyce, an ecologist in the Department of Biological Sciences.

Boyce said the long list of diseases that occur between livestock and wildlife includes anthrax, bovine tuberculosis, brucellosis, and many species of worms such as tapeworm and roundworm.

“And in addition to infecting one another, many of the diseases that are shared by wildlife and livestock are zoonotic, meaning that they also can infect humans,” he noted.

Boyce said the foothills in the southwestern part of the province are home to wild elk as well as cattle on ranchlands—and when the species intermingle, the potential for disease to spread grows.

The researchers used data gathered from GPS-collared elk combined with cattle management information from 16 cattle operations in southern Alberta to identify locations and times where the probability of disease transmission is high.

They found the highest risk occurs in winter months, when livestock and elk are in the same pastures and use the same resources.

Based on their results, the researchers developed guidelines to help producers minimize the risk of infection.

“Livestock management that minimizes the risk of contact with wildlife will reduce the risk of disease transmission,” said Boyce. “This includes keeping cattle in pastures near farm buildings during winter and calving season.

“It is also important to keep mineral supplements and hay next to ranch buildings, again to reduce the contact between cattle and elk,” he added.

The study was led by PhD student Mathieu Pruvot, supported by the Boyce lab. Marco Musiani from the University of Calgary and Margo Pybus, an adjunct professor at the U of A, were also collaborators.

The research was funded by the Natural Sciences and Engineering Research Council of Canada and Shell Canada, as well as the Alberta Conservation Association and Alberta Innovates.

The study, “Integrating Livestock Management and Telemetry Data to Assess Disease Transmission Risk Between Wildlife and Livestock,” was published in Preventative Veterinary Medicine.