New advisory for pediatricians indicates no level of lead is safe for developing brains. 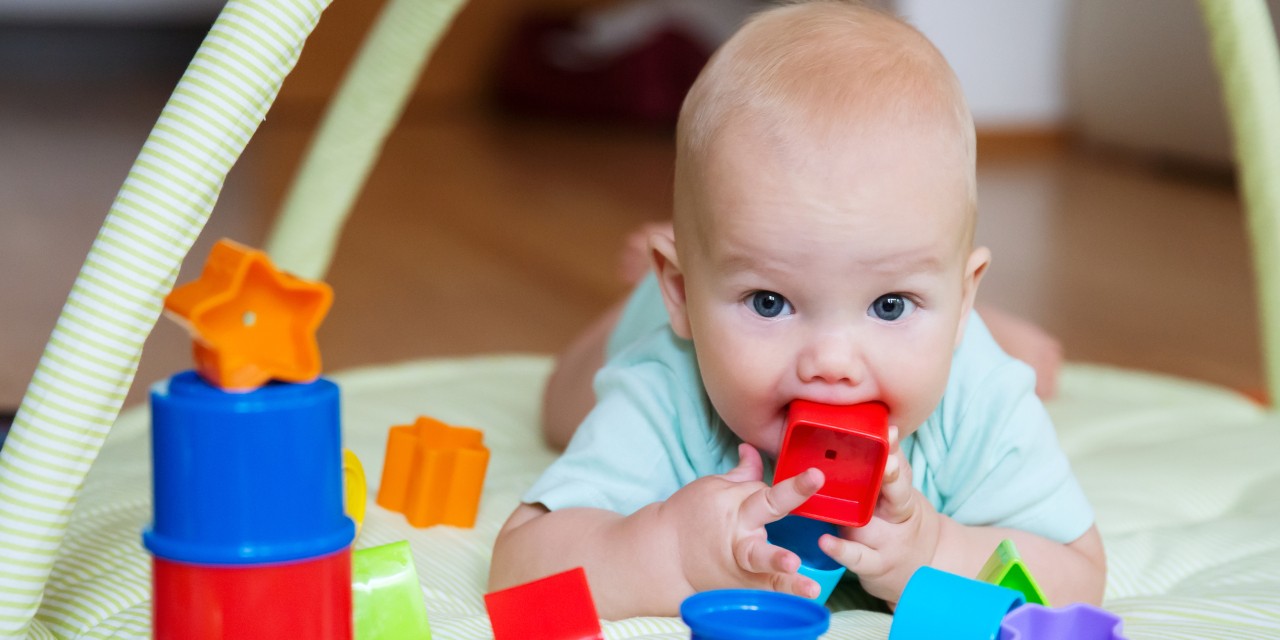 Babies can be exposed to low levels of lead from plastic toys, imported jewelry, old paint or water from lead pipes, says a U of A co-author of a new pediatric advisory stating that no amount of lead exposure is safe for young children. (Photo: Getty Images)

Exposure to any level of lead can cause neurodevelopmental damage in children, according to a newly published advisory from the Canadian Paediatric Society.

“Lead is what we call a ‘no-threshold chemical,’ which means no level of exposure is safe,” said co-author Irena Buka, a University of Alberta pediatrician and director of Edmonton’s Children’s Environmental Health Clinic.

The discovery of the link between high levels of lead in the environment and significant damage to major organ systems in children led to the removal of lead from common products such as household paint and gasoline in the 1990s.

As a result, acute lead poisoning is now rarely seen in Canada, but Buka said pediatricians and parents should watch for signs of low-level lead exposure.

She urged doctors to test for blood lead levels in any child with a speech delay, cognitive impairment or other missed developmental milestone.

Buka pointed out there can be a latency period of several years between lead exposure and detection of developmental delays, so the absence of lead in the blood cannot be used to rule out a link to lead.

She said sources of lead in Canada can include old paint, imported jewelry, toys, plastic products and drinking water.

Earlier this year, Health Canada cut the maximum acceptable concentration for lead in drinking water in half, to 0.005 milligrams per litre. Though most treated water across the country is below this limit, lead water service pipes and plumbing can contribute to overall lead exposure. For example, the water utility in Edmonton reports that 1.6 per cent of homes in the city have lead water service pipes. The company offers a program to replace lead pipes, prioritizing homes with young children and pregnant women.

Buka said children most at risk come from countries where environmental exposure to lead is higher than in Canada, such as Mexico, where lead has been used to glaze cookware.

She added the risk is also linked to poverty, due to substandard housing and poor nutrition.

“Poor children may be living in older housing where lead paint is crumbling and the children are able to access it, especially small babies who are crawling on the floor and picking up dust on their fingers and putting their fingers in their mouths,” she said.

Buka said while children in general will absorb more lead than adults when they ingest it, children with a lower intake of protein, calcium and iron will absorb even more.

“So if you have children who are not receiving a nutrient-rich diet, those children are at significantly higher risk,” she explained.

Buka said one in six Canadian children has a neurodevelopmental delay, and the World Health Organization estimates three per cent of children with intellectual disabilities worldwide are delayed because of lead exposure. While that will vary from country to country, she said it’s important to be sure it’s not happening here.

“I think it’s been felt for many decades that Canada is a new country with new infrastructure and that the issue is unlikely to occur here,” she said. “But many developmental delays in Canada are idiopathic, meaning nobody knows why they happened.

“If we don’t address all potential causes, then we’re getting behind and we’re not serving the next generation and the generation after it.”