Does renaming historical monuments remove the stain of racism?

Panelists debate what to do with public monuments celebrating racist historical figures and whether changing their names makes us better. 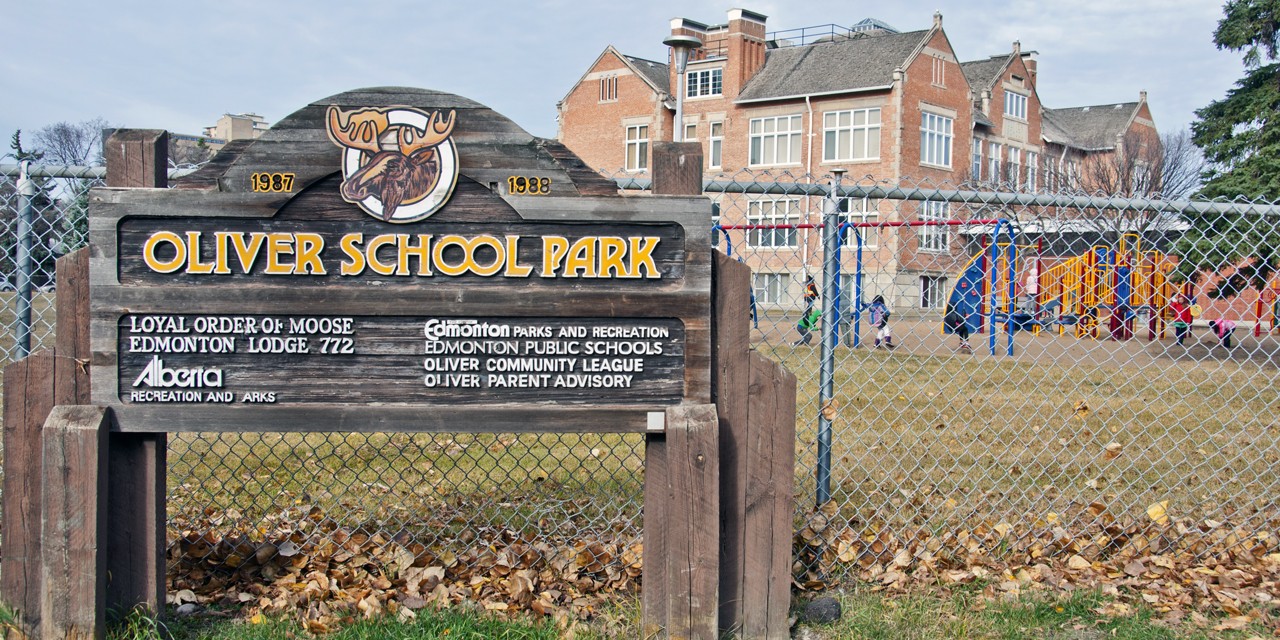 Oliver School, as well as pool, arena, park and neighbourhood in downtown Edmonton are all named for local 19th-century politician and journalist Frank Oliver. One of Edmonton’s early boosters, Oliver also successfully lobbied to have the Papaschase Cree removed from their Treaty 6 Reserve territory south of Edmonton.

Canada’s first prime minister, Sir John A. MacDonald, was a colonial oppressor who broke treaties and starved thousands of people on reserves. One of the “Famous Five,” women’s rights activist Emily Murphy, believed Chinese immigrants would corrupt the white race by turning them all to drugs.

That’s just the beginning of a long list of once revered national figures who have fallen from grace for colonial and racist views. What to do about all the schools, statues and plaques erected in their name?

It’s a question that has fomented heated debate across the country of late, as we celebrate Canada’s 150th birthday and attempt to engage with indigenous demands for reconciliation. Many wonder why those who suffered under colonial rule should be constantly reminded of a painful heritage.

During a U of A panel discussion Tuesday on the controversial legacies, UAlberta historian Shannon Stunden-Bower said Frank Oliver, 19th-century politician and owner of Alberta’s first newspaper—the Edmonton Bulletin, was one of the worst offenders.

One of Edmonton’s early boosters as a member of Parliament, Oliver also drafted a law to prevent blacks from immigrating to Canada and successfully lobbied to remove the Papaschase Cree from their Treaty 6 land.

"Today we now understand that he did so at the expense of Indigenous peoples," said Stunden-Bower. "And we can't celebrate the former without inappropriately and offensively glorifying that latter."

Acknowledging calls by Papaschase Cree to remove Oliver’s name from public monuments—including a school, pool, park and neighborhood in downtown Edmonton—Stunden-Bower pointed out that the city had no problem tearing down Oliver's home in 1957 to accommodate commercial development.

So after demonstrating "a willingness to do away with commemorations when they stand in the way of redevelopment and capital,” she asked “why are we unwilling to do so when those targeted through egregious colonial policies tell us these commemorations are offensive and intolerable?

“We need to tackle the hard stuff too.”

Oliver's case exposes “unresolved patterns of injustice clearly linked to contemporary inequalities,” she said and his commemoration should be resolved. But she warned against allowing the debate to distract from more crucial grievances, such as upholding treaty rights, providing adequate funding for water and education on reserves and "reckoning with legacy of the structures of colonialism that continue to dominate Canadian society.

"In dealing with names and statues, we're dealing with the easy stuff. We need to tackle the hard stuff too."

Historian Sarah Carter, cross-appointed to the Faculty of Native Studies, agreed, noting that Canadian Indigenous scholars and journalists are themselves not rushing into the naming debate. She quoted Kwantian First Nations writer Robert Jago, who wrote in the Globe and Mail that “very few (Indigenous people) are concerned with the issue.

“It’s not a priority,” he wrote, “when they’re looking at how to decolonize the school system and there are so many other issues to address. We are tired of seeing our politics knocked off track by flavor-of-the-month intrusions."

According to legal historian James Muir, the naming of such monuments is always a reflection of the times in which they were erected, so he sees no harm in renaming them to reflect contemporary values, continuing to rename them as times change.

“Why should a black child have to sit in a school named after someone who fought to preserve slavery?” said Muir of a similar controversy in America. By the same token, “I can’t see a reason for making an indigenous child go to a school named after John A. MacDonald.” He suggested a monument should perhaps be renamed every 20 years or so to reflect more current aspirations.

“I understand the impulse to retroactively kick Oliver in the goolies…But I have a fear that rewriting history to take out the bad people, the problematic people and the remarkable, that were nonetheless fatally flawed, is bad practice."

Such erasure makes it “too easy to congratulate ourselves on how far we've come, instead of coming to terms with the fact that this country, this province and this city were built on a racist matrix. We can't ignore or forget our colonial past or colonial sins by changing the names of things.”

It amounts to a free pass, she said, easily accomplished “without examining our own contemporary complicity in propping up the structures and systems that continue to marginalize and disempower.

Trevor Stace of the Little Grand Rapids First Nation in Manitoba, a former U of A history student now pursuing a doctorate at Wilfrid Laurier University, proposed a compromise—a public database, accessible by smartphone from a given monument’s location, that would provide further context–including the good and the bad–on controversial figures.

Does renaming historical monuments remove the stain of racism?