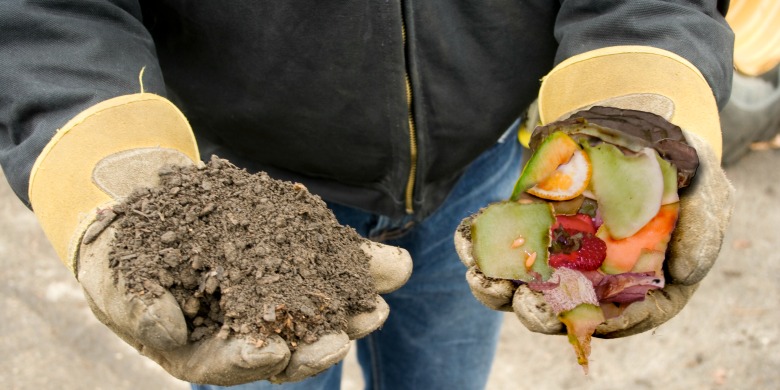 131023-anaerobic-digester-banner
Digest this: UAlberta will divert 1,500 tonnes of organic waste from landfills every year while creating a supply of heat, power and compost, thanks to a partnership with the City of Edmonton.

(Edmonton) Imagine turning 1,500 tonnes of kitchen scraps into a renewable energy source and in the process raising the bar in waste reduction.

That’s a lot to digest—literally and figuratively—thanks to a new partnership between the University of Alberta and the City of Edmonton’s anaerobic digestion facility. Located at the Edmonton Waste Management Centre, the anaerobic digester will use micro-organisms to convert organic waste into a biogas that provides a steady supply of heat and power. The leftover “digestate” is then processed into compost.

The digester was one of eight projects that received funding from the Climate Change and Emissions Management Corporation. The partnership will help the U of A reach its waste reduction targets, including diverting 50 per cent of all solid waste away from landfills, said Len Sereda, director of energy management and sustainable operations.

“We are very pleased to be a partner on this joint initiative with the city, which is a great opportunity to deal with waste in a very sustainable way—using it as a valuable resource,” he said. “This project aligns with our waste diversion goals, and demonstrates and takes action on sustainability. This is our opportunity to show others in the industrial-commercial-institutional sector what can be done with organic waste from a sustainability perspective.”

In total, the anaerobic digester facility will divert 40,000 tonnes of organic solid waste from the landfill each year. By avoiding landfill methane emissions and using biogas for heat and power instead of other fossil fuels, the facility is expected to cut greenhouse gas emissions by almost 200,000 tonnes over 10 years.

In addition to advancing waste management in the region, this partnership presents unique opportunities for teaching, learning and research at the U of A, said Daryl McCartney, a professor of civil and environmental engineering in the Faculty of Engineering and executive director of the Edmonton Waste Management Centre of Excellence.

There are several other opportunities for grant funding and undergraduate teaching, McCartney said, adding that many of his students are often required to design an anaerobic digester but until now haven’t had access to one. One idea he’d like to explore would involve creating a scaled-down version of the digester that would allow graduate students to pilot research and test new ideas before trying them on a larger scale.

“This will be the first of its type in Alberta and one of the largest in North America,” he said. “When you have access to new technologies like this, it creates opportunities that allow us to train students to investigate this type of technology.”

Sereda says about 60 per cent of the university’s waste is organic, which prompted exploring technologies such as anaerobic digestion. Once operational in 2015, the digester facility will help the U of A reach its 50 per cent landfill diversion target by processing kitchen trimmings collected from CAB, Lister Centre and other dining areas on campus.

Over the longer term, the university will continue to enhance existing recycling programs and look at post-consumer organic waste, which Sereda notes is more complicated to collect.

“It’s really a matter of education, awareness and behaviour to get consumers to put that organic waste into organic containers that can be put into the digester,” he said.