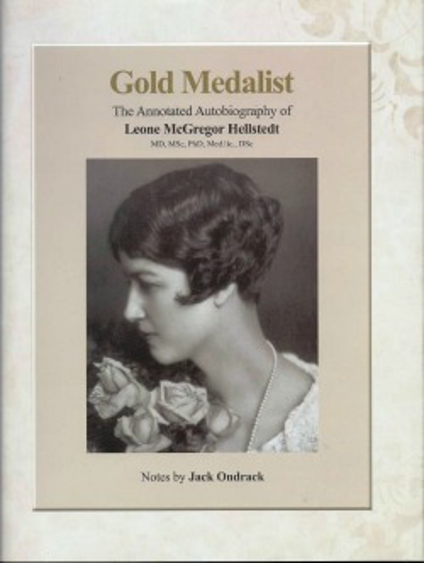 Jessy Ardern was recently named the inaugural recipient of the Leone McGregor Writing Competition for her complex and imaginative account of the U of A alumna’s life. 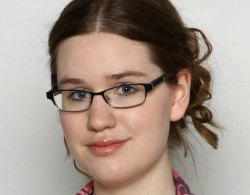 A year ago, Jessy Ardern had never heard of Leone McGregor. Not many people had, despite the fact that McGregor graduated at the top of her class in 1925, becoming the first woman to receive a medical degree from the University of Alberta, and went on to live an incredible life that took her to Harvard, Germany and Sweden.

But now, after conducting weeks of research—including reading the alumna’s annotated autobiography three times—Ardern is a veritable expert on McGregor’s life. She’s also an award-winning playwright, after recently learning that Leone, her submission for the U of A’s first Leone McGregor Writing Competition, was selected as the winning entry.

“I had no idea what to write about at first,” admits Ardern, a third-year BFA Acting student who came to the program with a background in playwriting.

It wasn’t until her second reading of the autobiography that she began to formulate a theme for her play, based on some philosophical questions raised by McGregor’s story.

“On an individual level, she was very good and very smart and very capable, but she had no interest or involvement in the huge political things that were happening around her,” Ardern explains. “She had no interest in what was happening in World War II, even though she had friends who disappeared and friends who died and friends who were helping the Jews. That became really interesting to me—the question of whether you can lead a good individual life, while ignoring wider problems.”

Tackling this question involved drawing together information from different times in McGregor’s life, which Ardern ultimately decided to structure as a memory play. “It made sense to me because it meant that elements of her life could be connected through memory, and they could happen simultaneously, or happen over and over again, in a way that a chronological play can’t do.”

The play is set in a campus office in 1977, near the end of McGregor’s life, as she waits to receive an honorary degree from the U of A. The other main character is a figure who appears from her past—Matthew Halton, a fellow U of A alumnus who went on to become a famous CBC correspondent during the Second World War.

Ardern chose to make Halton’s character a “touchstone and conscience” for McGregor as they talk throughout the play and often-troubling memories from different periods of her life unfold.

“Matthew Halton was really interesting to me,” Ardern explains. “Again, he was this figure I’d never heard of, and I looked him up and just thought he was fascinating. He’s a bit of a swashbuckler reporter.”

Ardern admits that taking on an artistic adaptation of someone’s life presented unique challenges, and says she stuck very closely to the historically documented information in the autobiography, which was published in late 2013 by Jack Ondrack (’63 BA, ’66 MBA).

“I’ve done adaptive work before, but never in the context of it being a historical figure that’s so close in time,” she explains. “I felt a lot more pressure not to fabricate and move things around too much, which is always a tricky balance.”

The end result of her efforts is a play that Ondrack says he found “absorbing” and “wonderfully imaginative,” and that the award committee praised for being “thoughtful and evocative” and “portraying a deeper, nuanced portrayal of Leone in a very creative manner.”

As the winner of the competition, Ardern receives a $10,000 prize, which she intends to put toward tuition. The award committee also gave an honourable mention to English student Erika Luckert for her entry, The Interpretation of Dreams.

The Leone McGregor Writing Competition will be offered again in 2015, this time with two categories: one for full-time undergraduate students, and one for all other students registered at the U of A. The deadline to enter is 3:00 p.m. on June 15, 2015.

Find out more about the Leone McGregor Writing Competition

On the Curious Arts blog: Jessy Ardern shares her tips on how to prepare an entry for the U of A’s Leone McGregor Writing Competition