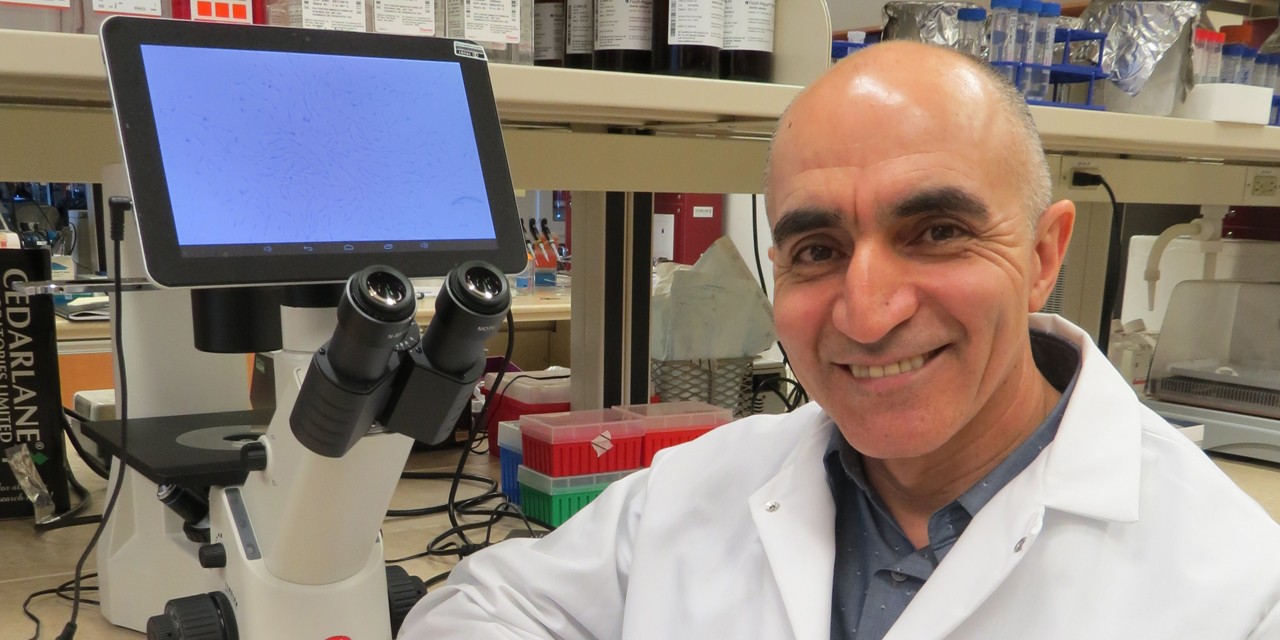 Researchers in Shokrollah Elahi's lab found cholesterol-lowering drugs may also be of benefit to patients with HIV and cancer. (File photo)

Early-stage UAlberta research suggests that taking a cholesterol-lowering statin regularly may help boost the body’s ability to fight off chronic conditions like HIV and cancer.

“We concluded that atorvastatin (marketed under Lipitor, among other brands) may be beneficial to patients with HIV and cancer by preventing their T-cells—a type of white blood cell that kills cancer cells or other cells infected with viruses—from shutting down,” said Shokrollah Elahi, an immunologist and assistant professor in UAlberta’s Faculty of Medicine & Dentistry.

When T-cells sense an unwelcome presence, such as a cold virus, for example, they mobilize and move into a state of constant alert to kill the virus, explained Elahi. Once the T-cells have finished eradicating the virus, in a healthy person, they express molecules on their surface called “immune checkpoints” and shut themselves down until the next problem arises.

In a chronic infection or disease, a malignant tumour for example, the same killer T-cells reach a state of exhaustion, harness their immune checkpoints and effectively shut down completely.

“Cancer cells are clever, too, because they express molecules that mimic immune checkpoints’ molecules, effectively accelerating the shutdown process of our body’s natural immune fighters,” explained Elahi. “This is why immune therapies have been at the forefront of cancer treatment in recent years.”

Enter atorvastatin, a cost-effective drug with minimal side effects that appears to reduce the majority of immune checkpoints that are typically found on T-cells in human tissue in Elahi’s lab.

“Most current immune therapies work on one or two checkpoints, only, and are very expensive,” added Elahi. “These are promising early results, which we now need to replicate in trials with patients.”

The study was published in Oncotarget.

‘Never boring’: New book recounts life and legacy of composer Malcolm Forsyth
U of A scientist lending expertise to NASA Mars 2020 rover mission
Tiny versions of ancient spear-throwing weapons were likely used to train children, U of A archeologists find
Up to 70 per cent of us feel like a fraud, says U of A psychologist
Agricultural ‘mini-internship’ gives U of A students hands-on career experience
Elder-friendly care after emergency surgery dramatically improves outcomes for older patients: study
Newsroom