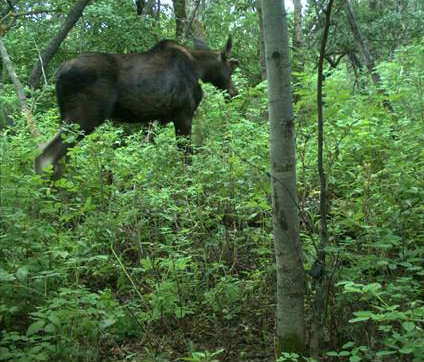 A moose caught on camera in Edmonton is the largest species spotted in the Urban Wildlife Information Network to date. (Photo: UWIN)

City of Edmonton, U of A join world’s largest urban wildlife monitoring network

City and university are first Canadian partners in U.S. study aimed at understanding how humans and animals interact in cities. 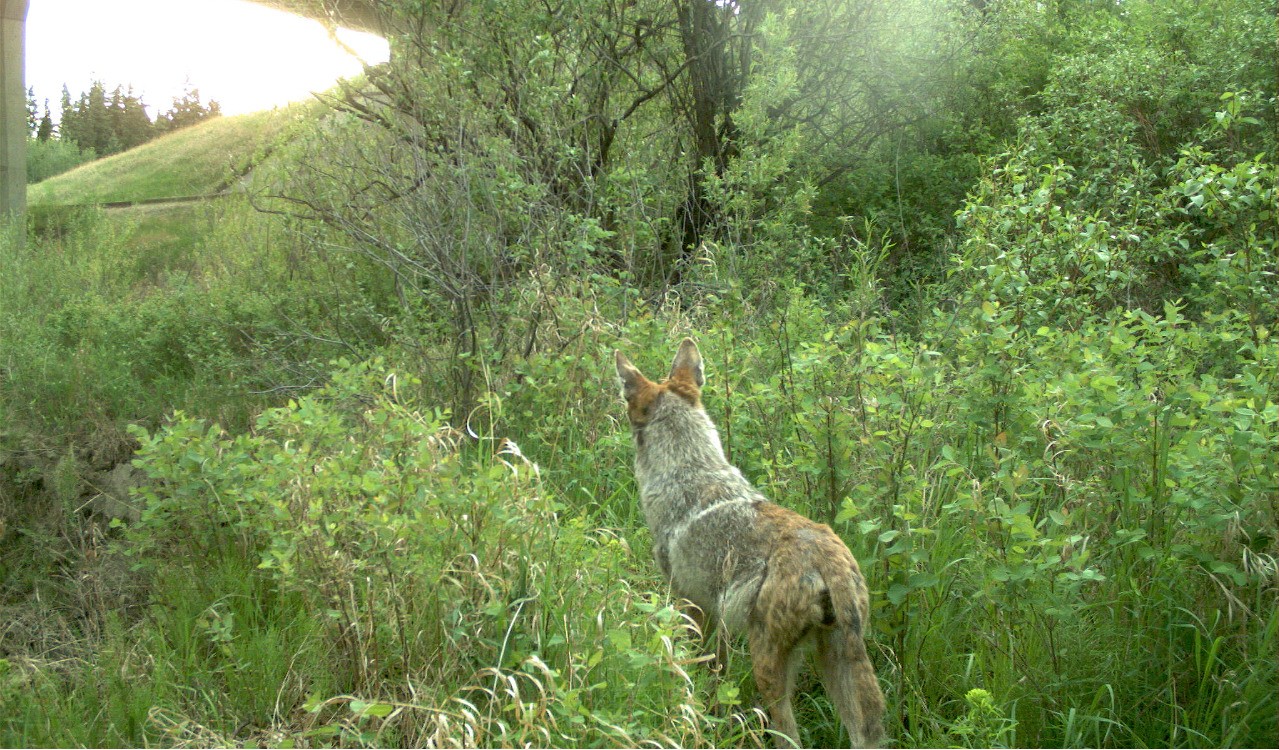 This coyote was captured in Edmonton's river valley by the Urban Wildlife Information Network. Researchers in Edmonton and 11 U.S. cities are using motion-triggered cameras to detect and study wildlife in urban natural areas. (Photo courtesy Colleen Cassady St. Clair and City of Edmonton)

Edmonton is the first Canadian city to join a U.S. study looking for ways for humans and wildlife to coexist more harmoniously in urban areas, thanks to a partnership between the city and the University of Alberta.

The Urban Wildlife Information Network (UWIN) is compiling and comparing data in several cities in the U.S. to better understand the ecology and behaviour of wildlife.

“So far, we've detected moose, deer, porcupines and coyotes—though no raccoons yet,” said U of A biologist Colleen Cassady St. Clair about the first data shared by Edmonton, captured by motion-triggered cameras installed in and around the city.

She said Edmonton has a lot to contribute to the network in both wildlife diversity and green areas, and that the information the researchers collect about urban wildlife will support better ecological practices in Edmonton and beyond.

“The information being put together builds a richer understanding of human-wildlife conflict and helps us work towards more effective strategies to coexist with animal populations,” said St. Clair.

The first findings from UWIN are expected to be published in the coming months.

One early takeaway from the report is that while deer have been spotted in every member of the 12-city network, the largest species spotted to date is quintessentially Canadian: a moose, caught on camera in Edmonton.

The project started as an initiative of the Lincoln Park Zoo in Chicago in 2012. It has since grown to include Edmonton and 11 other partner organizations across the U.S., including zoos, universities and the National Park Service.

City of Edmonton, U of A join world’s largest urban wildlife monitoring network