Edmonton, U of A team up to help citizens guide climate change action

Innovative collaboration between city and university could show the world how to involve citizens in fight against global warming. 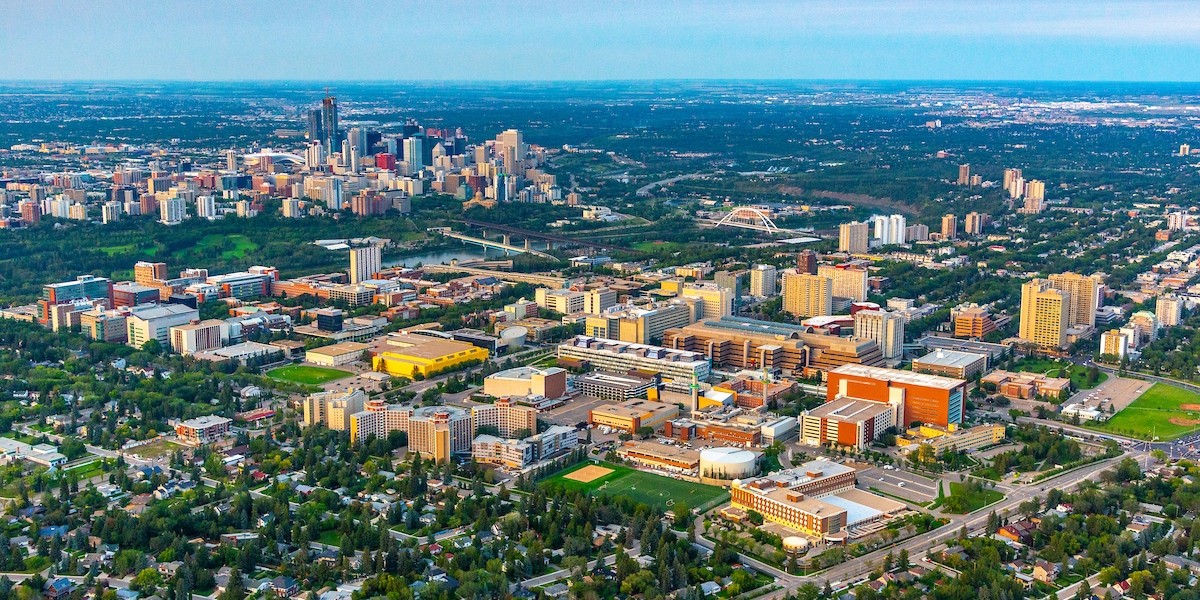 A partnership between the City of Edmonton and the U of A yielded a process for consulting citizens about energy strategy. The approach helped inform Edmonton's Energy Transition Strategy and could also be useful in other cities around the world. (Photo: Richard Siemens)

An innovative partnership between the University of Alberta and the City of Edmonton is putting the city in a unique position to answer the climate change challenge.

Over the past few years, the partnership has modelled a process for consulting citizens about energy strategy—resulting in the city’s Energy Transition Strategy—that could prove useful in other regions around the world.

With the help of a polling firm, U of A political scientist David Kahane—an expert in deliberative democracy who spearheaded a project called the Alberta Climate Dialogue—worked with the city to convene about 60 Edmontonians representing a “demographic and attitudinal cross-section of the city.”

The full results of that dialogue were published last year, just before the UN Intergovernmental Panel on Climate Change appealed to cities to accelerate climate change intervention, since municipal leaders are often able to take action faster than other levels of government and innovate small-scale solutions for export elsewhere.

The Edmonton group was guided through six days of deliberation in 2012, learning about climate change, intervention strategies, and what kind of action was under city control, and examining a variety of energy consumption scenarios ranging from “business as usual” to a low-carbon strategy, said Kahane.

They would debate, sometimes argue, but generally listen carefully to what others had to say, finally arriving at a consensus on what direction the city should take.

“As a first-hand observer, I could see that the process had real meaning,” said Edmonton Mayor Don Iveson. He said it was heartening to see that “citizens, given the opportunity to debate and be informed about this issue … would come to the same conclusion our administration was recommending.

“That is, we should take action … and that such action is not just about greenhouse gases, but that there are other benefits—cost savings for citizens and businesses, and improvement in air quality—that everyone can get behind regardless of their position on anthropogenic carbon.”

Kahane said the city was careful to include those who lives depend on the energy industry and those skeptical of climate change, as well as those predisposed to advocating a low-carbon strategy.

In the end, the group came up with recommendations aimed at establishing Edmonton as “the nation’s leader in setting and achieving the highest standards of environmental preservation and sustainability.”

The plan, finally released in 2015, was supported by 94 per cent of its members and unanimously approved by city council.

“People at the city saw the controversy that attached to climate goals, and reckoned the only way they could move in a progressive direction was if they could show elected officials that citizens would stand behind an ambitious climate policy when they understood the issues," said Kahane.

"The eagerness of people to really do the hard work of understanding issues, when they know their voices will make a difference, is very moving,” he added.

Kahane admitted that consulting citizens directly about policy is not an easy process.

“The incentives are all lined up so that the last thing you want to do is host a conversation where unpredictable things are going to happen,” he said. “But unless you're willing to do that, you're going to miss the wisdom that the public holds and the information you need to align policy with where the public is and could be."

Last year, Alberta Climate Dialogue released the results of its five-year, Social Sciences and Humanities Research Council-funded initiative in a book, Public Deliberation on Climate Change: Lessons From Alberta Climate Dialogue. Kahane said he hopes it will serve as a beacon to other jurisdictions looking for ways to tackle climate change at a grassroots level.

And while he admitted prospects for slowing the pace of global warming are daunting, the consultative process gave him reason to look on the bright side.

"I have a nine-year-old and can get pretty depressed about the world our kids will inherit and how inhospitable the environment might be for them relative to what I grew up with,” he said.

“On the other hand, in these innovative citizen involvement exercises, I think there's a glimpse of healthier ways people can relate to one another, and forms of shared action and intention that can grow out of that."

Edmonton, U of A team up to help citizens guide climate change action