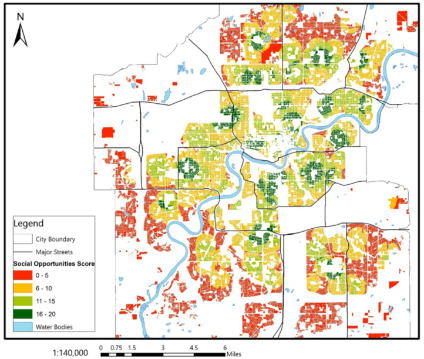 Data from the study show a "doughnut" pattern: more age-friendly services and infrastructure are available in central Edmonton than in the city's outskirts. (Image courtesy Kristen Knudskov)

Edmonton’s core better equipped than outskirts to support people who want to grow old in their own homes: study

As baby boomers age, researchers expect demand to increase for neighbourhoods with age-friendly features and infrastructure. 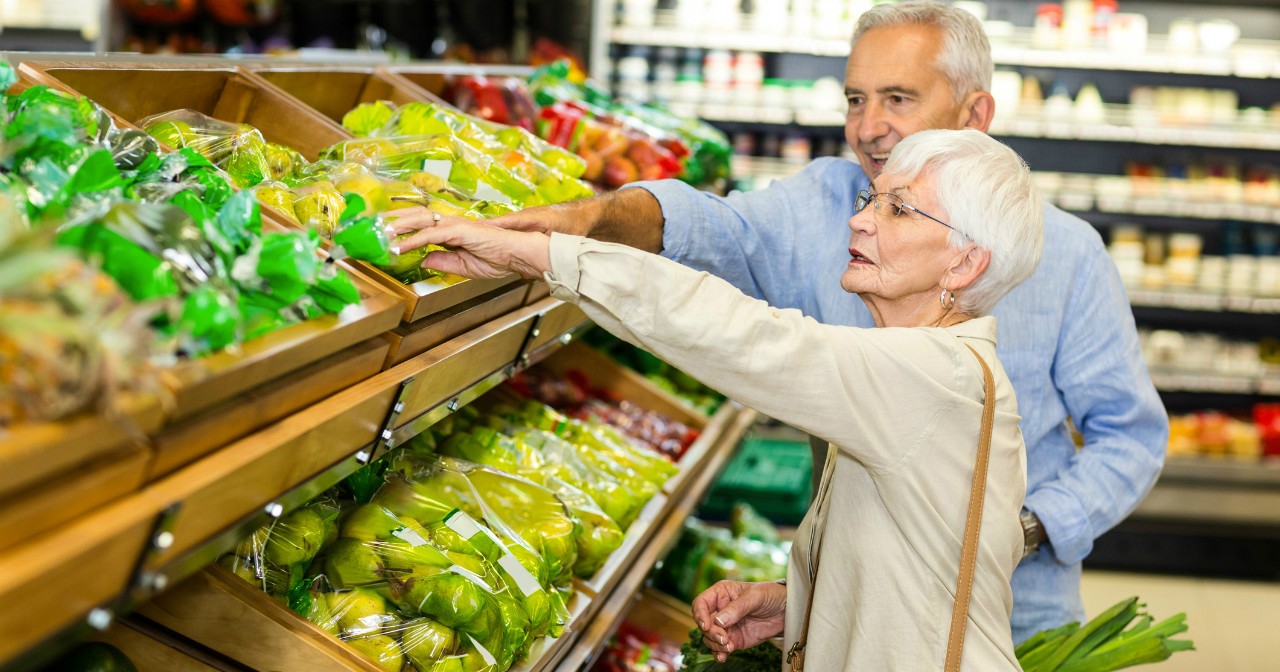 Neighbourhoods in Edmonton's core tend to have more amenities like grocery stores, family doctors and bus service that seniors need to be able to grow old at home, a UAlberta study shows.

Urban planners could find ways to make communities on the outskirts of Edmonton easier for older residents to age in place, according to a University of Alberta study.

“The most livable communities for seniors, broadly speaking, are in the city core,” said study author Kristen Knudskov, a master of science student in the urban and regional planning program. “Moving towards the perimeter of the city, the communities become less age-friendly, but that also happens to be where a lot of the seniors are located.”

Despite its relatively young population, Edmonton is still experiencing the collective aging of the baby-boomer generation. Knudskov said aging in place, which is the ability to grow old in your own home, allows older adults to thrive in their community while relieving the health-care system of some of the financial burden that comes with caring for an aging population.

“This demographic trend, in conjunction with the desire to age in place, will increase demand for neighbourhoods with substantial age-friendly supporting features and infrastructure.”

For the research project, Knudskov started by identifying five categories, each made up of a series of indicators that facilitate aging in place:

She then pulled data from a number of sources, including work from previous classes, and using a proximity of 400 metres (a five-minute walk) or 800 metres, she gave each equally weighted indicator a score. Some bits of information were easier to gather than others. For example, one element of the analysis is sidewalk quality. “I screened Edmonton 311 calls for snow removal problems or sidewalk damage, and then mapped the density of the calls.”

With a detailed suitability analysis in hand, Knudskov plotted the results on a map of Edmonton.

“As expected, parcels within in the city’s core are, on the whole, better equipped to permit aging in place,” she said. “However, developing neighbourhoods lack implementation of vital features and services. The result is a clear doughnut shape in the resulting map.”

Knudskov said the city core generally scored better because of the transit connections, amenities and recreation opportunities, although sidewalks in the core scored lower.

She said she expected communities south of the river to score better than those in the north, but that wasn’t the case.

“The southside seems to get the new exciting developments, but overall, south of the river—especially in terms of social and recreational opportunities—didn’t score so well,” Knudskov said. “There are a lot of people in the older demographics in the south.”

She added the lack of social and recreational opportunities, along with underdeveloped amenities and transit networks, were common themes among areas that scored lower, especially on the city’s perimeter.

“In the end, this project advocates for an equitable distribution,” she said. “The best thing for this report is for the information to end up in front of decision-makers when the time comes.”

The study was a final term project in an advanced geographic information systems course that saw students systematically look into ways to make Edmonton more livable by relying on geospatial data.

Knudskov said she returned to her education after she realized her career in finance wasn’t where her passion was.

“I took a trip through Europe and saw some amazing cities there, and I realized that making an impact on your city can make a big difference on your quality of life.”

Edmonton’s core better equipped than outskirts to support people who want to grow old in their own homes: study