Eerie tales from the crypt (well, actually, from campus) 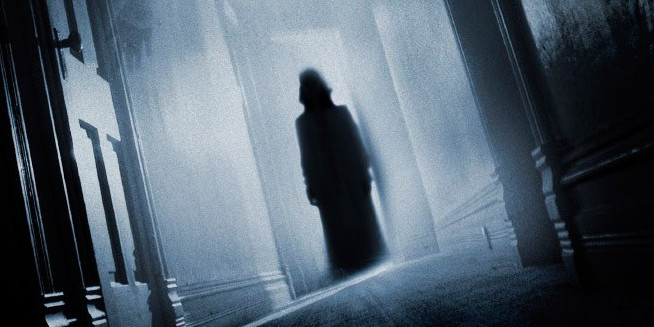 I’ve had a lifelong interest in history and mystery, so collecting ghost stories was a perfect fit for me. When I was hunting for stories for my first book, Ghost Stories of Alberta (Dundurn 1993), I would go with my husband on his work trips around the province. While he inspected buildings, I visited libraries, museums, archives and seniors homes asking about local folklore. After that book was published, I was flooded with mail from readers with their own stories to tell, leading to More Ghost Stories of Alberta (Lone Pine). Since then, I’ve gone on to write numerous ghost books set in Alberta, British Columbia, Ontario, California, Washington and elsewhere.

Although it’s impossible to say absolutely that a ghost story is true, I have learned to judge authenticity by the storyteller’s emotional involvement. Whatever has occurred to these people affected them emotionally, and that was evident in their retelling of the experience. So, just in time for Halloween, I offer some eerie UAlberta stories.

Convocation Hall is the scene of a heartwarming campus legend. The story goes that, beginning on Nov. 11, 1939, and all during the Second World War, the pump organ in Convocation Hall would sound the Taps melody each night, even though no one could be seen anywhere near the keyboard. The building is dedicated to those associated with the university who fought in the wars, so although the story might be exactly that — only a story — it is a fitting tale.

One evening in the 1990s, a meeting on the second floor of Ring House 1 was interrupted by a gust of cold air wafting up the stairs. A woman excused herself from the others and went downstairs to close the front door, which she presumed had blown open. But the door was closed and locked, as it had been by the last person who entered. When the meeting concluded, two people stayed behind to tidy up. As they chatted, they heard what sounded like a roll of paper being laid out. They searched the entire house but found nothing to account for the sound they’d both heard so distinctly.

Staff and visitors have reported other strange occurrences in the house over the years. Disembodied footsteps periodically reverberate on the stairs. Doors have been known to open and close mysteriously. And sometimes the smell of cigarette smoke wafts through the air when no one is smoking.

The ghost is said to be Emma Reid Newton, who lived in the house from 1941 to 1950 while her husband, Robert Newton, was president of the university. Perhaps she is living her afterlife in the house she loved.

The Ghost of Corbett Hall

Her name is Emily, and she has been seen striding across the stage at Corbett Hall to accept her teaching certificate. The young woman’s triumphant moment, repeating in an infinite ethereal loop, is said to harken back to the early 1930s, when the building housed the Edmonton Normal School, where teachers were trained. Why this ghost is called Emily is as much of a mystery as the ghost herself. What I have discovered in all my years of collecting stories is that people almost invariably name their ghosts. Interestingly, “George” is the most common name for a male spirit.

When the influenza pandemic of 1918 swept its deadly path across the world, the university’s newly opened Pembina Hall served as a temporary hospital. Once the crisis had passed, the building welcomed students again. Legend has it, though, that the spirit of a nurse has lingered and has been seen hurrying through the halls of the building. Some think she’s forever searching for her fiancé, who died in the epidemic.

Eerie tales from the crypt (well, actually, from campus)
Newsroom