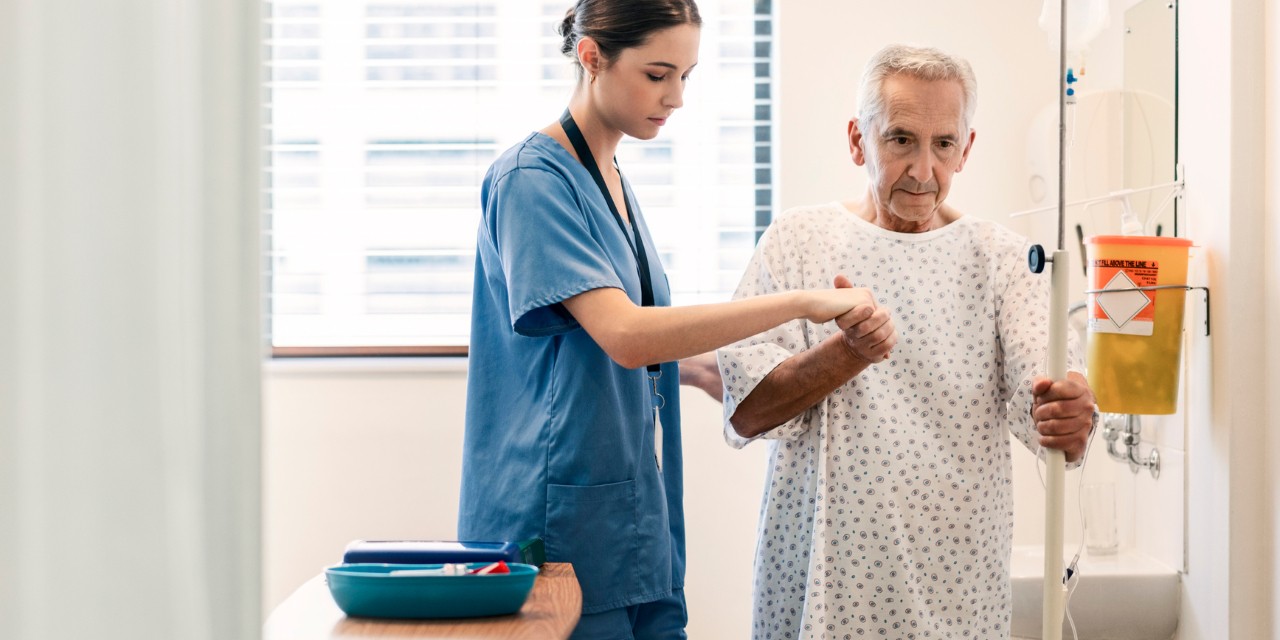 Tailoring care for older patients who have had emergency surgery can reduce complications and deaths, decrease the length of hospital stays and cut down on the need for alternate care at discharge, according to a new study led a University of Alberta researcher.

Rachel Khadaroo said the connection between age-related frailty and an increased vulnerability to post-surgical complications and death has been increasingly well understood over the past 20 years.

“Older patients who come in for emergency surgery are extremely vulnerable because they don’t have the preparation time that they get with elective surgery,” said Khadaroo, an associate professor at the U of A and surgeon and critical care specialist at the University of Alberta Hospital. “I can’t suggest that we delay your emergency surgery so that you can quit smoking and optimize your heart.”

Khadaroo said the goal of the study was to find out whether redesigning the hospital care patients receive after emergency surgery could improve outcomes.

“I want patients to have a successful operation, be able to go home and have a great quality of life afterwards,” she said.

The results showed that for patients who received the optimized care, major complications and deaths were reduced by 19 per cent, the average length of stay in hospital was three days shorter, and more patients returned home rather than needing continuing care.

The study followed 684 patients at the University of Alberta and Calgary Foothills hospitals from 2014 to 2017. All were 65 years or older and living independently when they were admitted for emergency surgeries, ranging from appendicitis and gallstones to hernias and obstructed or perforated intestinal organs. One hundred fifty were classified as well, 395 as vulnerable or pre-frail and 139 as frail.

One hundred forty of the patients received the “Elder-Friendly Approaches to the Surgical Environment” (EASE) treatment program designed by Khadaroo’s team, while the rest received standard care.

The EASE program included an assessment by a geriatrician within 48 hours of admission, being assigned to a special ward with other post-surgical seniors, modifications or removal of commonly prescribed medications, and early consultation on what kind of care would be required after discharge.

Khadaroo wrote a special set of doctor’s orders for the intervention patients, which included delirium screening, early withdrawal of tubes and drains, early mobilization to get patients out of bed and walking around, and a medication review.

“My order set was unique because it tried to pre-empt problems,” said Khadaroo. “For example, I ordered the removal of the urinary bladder tube as quickly as possible because the tube can increase the chance of infection. Any type of bag or line that you have also increases the chance that you’re not going to walk very well.”

“I also changed the dose of some of our pain drugs to be more elder-friendly—smaller doses more frequently—to reduce the chance of delirium, which is associated with an increased risk of death and worse chance of going home.”

The intervention group of patients also participated in a bedside reconditioning program (BE FIT) that had them doing seated hip marches, wall-assisted calf raises and standing up from a chair.

“It is something that patients can do to help keep strong when they’re in hospital,” said Khadaroo. “There’s not much to do around here, so why not keep your muscles as strong as possible?”

Khadaroo based her interventions on elder-friendly care models developed for acute care and orthopedic care. She said it is hard to tease out which intervention made the most difference because they were bundled, although she plans further study on getting patients out of bed early with her bedside reconditioning program.

She said the aging population and extended lifespans mean a growing number of emergency surgeries are being performed on older and frailer patients. Some suggest such patients should not be eligible for emergency surgery because of the increased risks, but Khadaroo said she would like to see standardized screening for frailty and improved post-surgical care for vulnerable patients.

She added that the EASE interventions have a relatively low cost because of savings related to fewer complications and readmissions, and shorter hospital stays.

“Our point is that elder-friendly care following an operation improves chances of better outcomes,” she said. “We can get you better with fewer complications and a shorter hospital stay, if we have a co-ordinated, elder-friendly team approach.”