Issues persist even when drug treatments for gestational diabetes are given, U of A study shows. 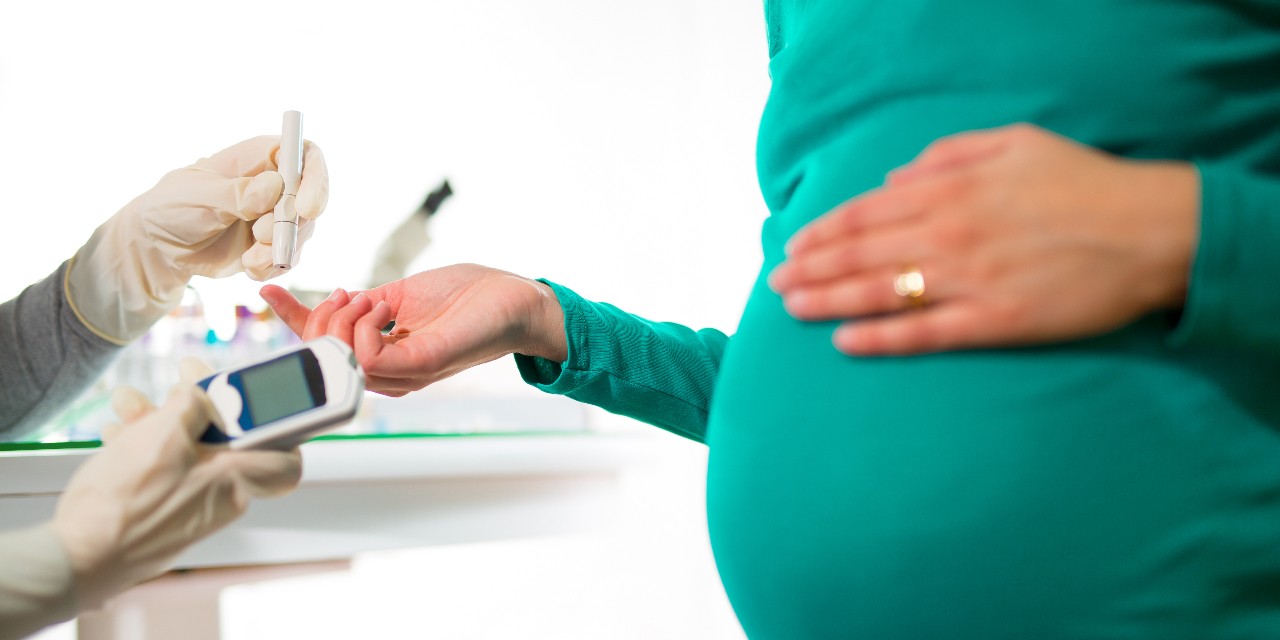 Women with gestational diabetes who have elevated blood sugar levels before eating are at higher risk for complications than those whose blood sugar is only elevated after meals—even when their diabetes is treated, according to a new study. (Photo: Getty Images)

Pregnant women diagnosed with diabetes who have elevated fasting (pre-meal) blood sugar levels are more likely to face complications than those who have only elevated post-meal glucose levels, according to a new study by a University of Alberta research team.

“The women who had elevated fasting glucose, adjusted for all other risk factors, were almost three times more likely to have a big baby than women who had normal fasting glucose levels but elevated postprandial sugar levels,” said cardiology professor Padma Kaul, who is also an adjunct professor in the School of Public Health.

The women with high fasting blood sugars were also found to be at 1.5 times higher risk for high blood pressure during pregnancy, and had a higher likelihood of needing an induced labour, having a caesarean section or having a preterm birth.

Kaul said large babies are at risk for complications during birth and obesity later in life, and high blood pressure during pregnancy can place extra stress on the heart and kidneys of a mother.

The researchers found that the adverse outcomes for women with high fasting blood sugars persisted even when the women were given diabetes drug treatments such as insulin or metformin.

“Why the women who have fasting glucose are less responsive to treatment is a very important question,” Kaul said. “It may indicate some other mechanism that requires further study.”

Kaul said further research is needed to determine whether earlier or more aggressive diabetes treatment for women with high fasting glucose levels would reduce or prevent the adverse outcomes.

The researchers examined health records for more than 250,000 pregnancies in Alberta between 2008 and 2014. Nearly 13,000 of the mothers were diagnosed with gestational diabetes. Four thousand had elevated fasting blood sugars of 5.3 mmol/L or higher, whereas the others had normal blood sugars while fasting but showed elevated levels following an oral glucose tolerance test.

Kaul explained that nearly all pregnant women in Alberta undergo a two-step screening process for gestational diabetes. The first test, done between 20 and 24 weeks of gestation, is a 50 gram oral glucose tolerance test, taken at any time of the day. If the woman’s blood sugar is found to be higher than 7.8 mmol/L one hour later, she is sent for the second test, which involves giving a blood sample after 12 hours of fasting, usually first thing in the morning, then ingesting 75 grams of glucose and giving more samples one and two hours later.

Kaul said that about 15 per cent of pregnant women in Alberta receive the second test and about one-third of those tested are diagnosed with gestational diabetes. As trends in older maternal age and higher weight in pregnancy continue, rates of gestational diabetes are also on the rise.

The study was conducted at the Canadian VIGOUR Centre, where Kaul is co-director, and was funded by the Canadian Institutes of Health Research.