End of a space odyssey begins the new space race

Study has only just begun; we likely have decades of data to sift through and discoveries to make. 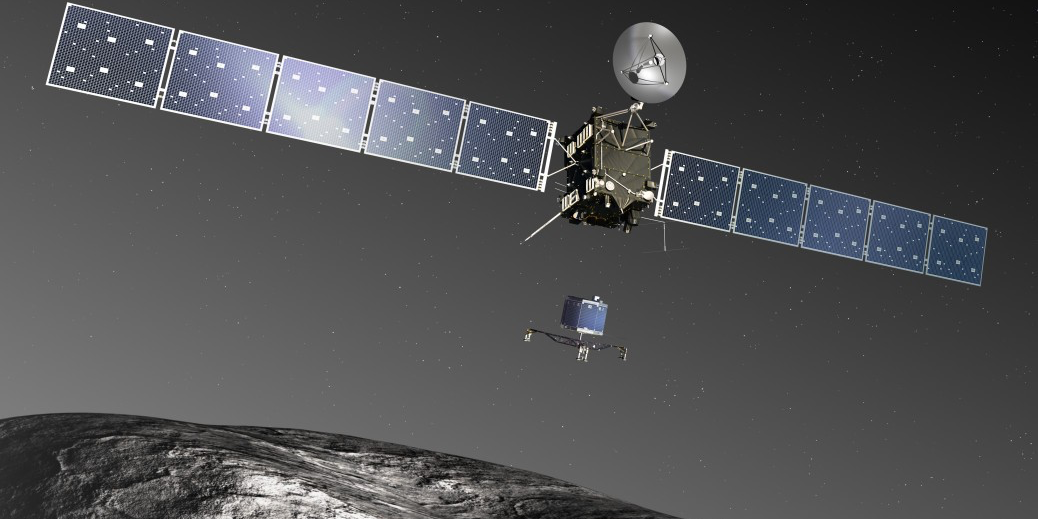 The European Space Association (ESA) Rosetta Mission came to a close on Friday, September 30, 12 years after its start, with a controlled crash landing on comet 67P/Churyumov-Gerasimenkoas. The Rosetta mission has taught the world a great deal about space research and exploration, including crucial insights on the design and execution of future missions.

As a university with a vested interest in driving the new space race, the Faculty of Science at the University of Alberta is pleased to welcome Rosetta Project Scientist Matt Taylor for a public lecture on Tuesday, October 4 at 7 p.m. Taylor will speak about his experiences on the mission.

“As European Space Association (ESA) project scientist, I am the interface between the science community and ESA. It is my job to ensure the science gets done within the constraints of the mission,” says Taylor.

For the University of Alberta, partnerships with national and international institutions are paramount. From robotics to satellites to sample curation, space research and exploration is undeniably interdisciplinary and collaborative.

“The Rosetta mission is revolutionary, because it is the first spacecraft to orbit and land on a comet. It has collected invaluable data, never-before-seen images, and begins the transition of studying comets from astronomical to geological objects of study,” says Christopher Herd, professor of earth and atmospheric sciences and co-director of the University of Alberta’s Institute for Space Science Exploration and Technology. “The University of Alberta is driving the study of space and space exploration forward, because we are collectively engaged in the scientific process with the rest of the world.”

"Space research is at a tipping point—with a new race to use space for the benefit not only of Canadians but all humanity—for everything from global communications to disaster monitoring,” explains Ian Mann, professor and and former Canada Research Chair in Space Physics.

“The University of Alberta is at the forefront of training the next generation of these space explorers—and where they boldly go, others, including private industry, will follow."

For the Rosetta mission, research and learning doesn’t end with Friday’s crash landing.

“Study has only just begun; we likely have decades of data to sift through and discoveries to make,” says Taylor.

Whether it inspires the next generation of scientists, engineers, artists or anything in between, that would be a bonus. Ultimately, helping people experience the wonder of science is what it’s all about. In terms of lessons learned, Taylor says this will be up for discussion once the comet dust settles.

“Space research is at a tipping point—with a new race to use space for the benefit not only of Canadians but all humanity,” says Ian Mann.

“But maybe painting spacecraft bright, non-comet colours so that they’re easier to see when they land would be an idea too.”

Join the Faculty of Science in welcoming Matt Taylor, European Space Association project scientist, on Tuesday, October 4 at 7 p.m. as the dust settles on the Rosetta space mission.