Environmental research boosts U of A standing in latest Shanghai rankings 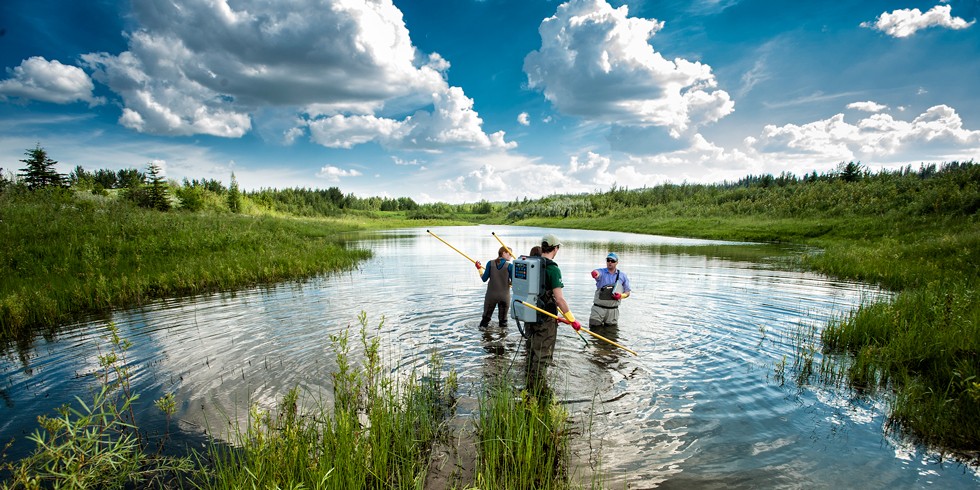 The U of A's environmental science and engineering programs ranked eighth in the world in the latest Shanghai subject rankings. Seven other U of A programs also ranked among the world's top 50. (Photo: Richard Siemens)

The University of Alberta’s strength in environment-related research and teaching led a university-wide bump in the latest global rankings of academic subjects put together by the ShanghaiRanking Consultancy.

For the 2019 Academic Ranking of World Universities By Subject, the U of A jumped into an eighth-place tie with Princeton in the category of environmental science and engineering—ahead of MIT and University of California, Berkeley. Overall, the U of A finished among the top 100 in 21 of the 54 subjects assessed for the ranking, one more than last year, with eight subjects ranking in the top 50.

Mohamed Gamal El-Din, senior NSERC Industrial Research Chair in Oil Sands Tailings Water Treatment in the U of A’s environmental engineering program, said excellence in the environmental science and engineering subject ranking can be traced back to some deliberate objectives surrounding quality.

“We publish a lot of good papers in top journals on the problems we face in a Canadian context, but (the research) has applications for the world,” he said.

For his own work, looking at everything from how to reclaim the water in oilsands tailings ponds to finding safer and more efficient ways to deliver water to and from households, Gamal El-Din said he depends on contributions from an array of U of A researchers working in fields ranging from the sciences and renewable resources to public health.

He added graduating large numbers of master’s and PhD students is a top priority within his program.

“Once our students finish their training, they end up in influential academic, industry and government positions, which helps build the reputation of the program.”

The U of A’s business administration program dipped from a high of 17th place a year ago to 38th. Other U of A fields in the top 50 were agricultural sciences, retaining its 33rd-place ranking for the third straight year; U of A rankings darling nursing, which reversed a downward trend by jumping from 38th to 29th; and earth sciences, which continued an impressive ascent as of late by jumping three spots to 43rd.

The rankings, which included more than 4,000 universities worldwide, are based on five indicators: the number and impact of academic papers in each subject, percentage of papers with international authors, papers published in top journals and conferences, and the number of researchers winning significant awards in their fields.

The new Shanghai rankings follow on the 2019 NTU Ranking of research output, which placed the U of A 81st in the world, up seven spots over last year. The advancement was bolstered by the university’s 43rd-place performance in the subject of agricultural science, 47th in environment/ecology and 48th in electrical engineering.

Environmental research boosts U of A standing in latest Shanghai rankings