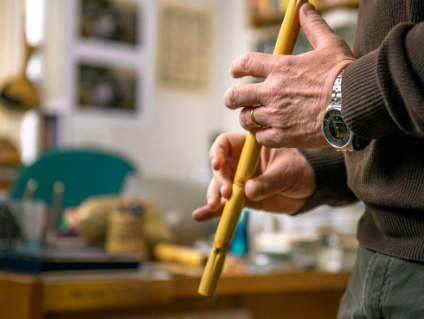 Ethnomusicologist promotes music and healing around the world

More than a decade of advancing human development through the power of song earns Michael Frishkopf the U of A’s 2018 Community Connections Award. 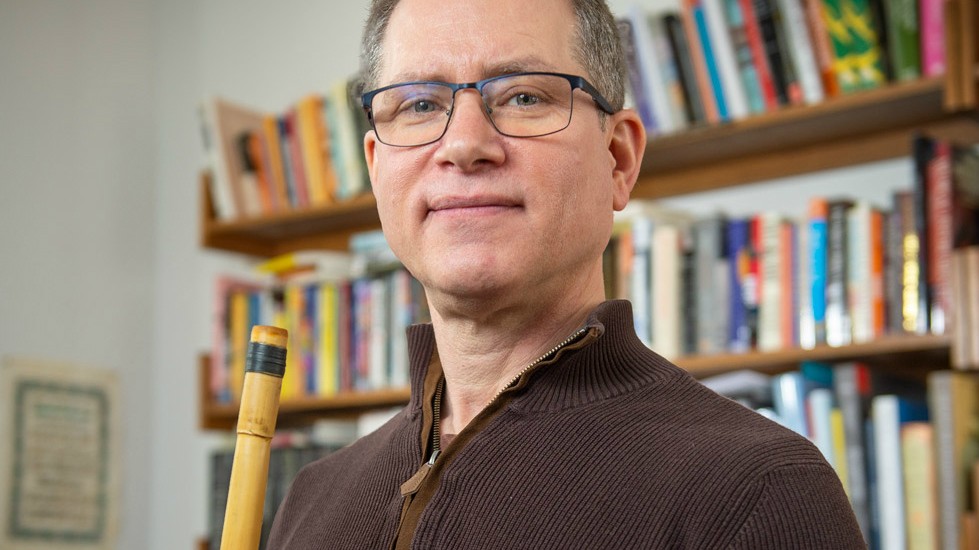 For ethnomusicologist Michael Frishkopf, music is a basic human need. It might not rank as high as food, water and shelter for human survival, but once you have those basics covered, “people need music for their spiritual and social well-being," he said.

Almost everything Frishkopf touches relates in some way to promoting health and human connection through music—with populations as far away as Africa and the Middle East, and with refugees here in Edmonton.

"I decided a long time ago that I wanted to devote myself to doing this sort of music development work,” he said. “As professors, we're really privileged and we need to think about giving back in a wide context."

In recognition of the wider project he has undertaken since 2007, which he calls Music for Global Human Development, the director of the U of A’s Canadian Centre for Ethnomusicology will receive this year’s Community Connections Award for a community scholar.

Beyond the academy, Frishkopf is perhaps best known for his work linking music and health awareness in Ghana. Along with his own students and local musicians, an outreach initiative called Singing and Dancing for Health uses traditional music and dance to carry public health messages from village to village in the north of the country.

One village was so impressed they made Frishkopf a “chief of goodwill,” or the Maligu Naa of Tolon.

In 2009, he co-produced a CD of music by Liberian refugees called Giving Voice to Hope, and worked with those same musicians to co-produce a hip-hop music video and documentary film promoting clean water and sanitation.

He is currently using song and dance to raise awareness about maternal and neonatal health in Ethiopia, a country with an inordinately high maternal mortality rate.

“Like the dance dramas in Northern Ghana, we use drama, music and emotion to galvanize people into an awareness of something that’s important to them," said Frishkopf.

“Music is a powerful social tool for raising awareness, changing behaviour, building solidarity and teaching. It's not the whole solution, but it has an important role to play, with tremendous potential to transform consciousness, not only locally but globally as well."

Here at home, Frishkopf’s work with Syrian refugees demonstrates the power of music is in forging social bonds. He recalls an invitation to perform at the refugees’ hotel with his Middle Eastern and North African Music Ensemble.

“It was just as they were starting to arrive in the city,” he said. “They were cooped up in the middle of winter, and when we performed I was amazed at how much energy the music brought out,” he said.

“Some of them started dancing Debka, the Middle Eastern line dance; some wanted to take the mic and recite poetry and sing songs. One guy brought a migwiz out of his pocket, which is a reed instrument used in the dance. Suddenly it seemed like we were all performing together."

Frishkopf invited those interested to join his ensemble, and some did.

“It was just remarkable how music had that power to reach into the community, with people forming new friendships and playing together."

Through the Edmonton Mennonite Centre for Newcomers, Frishkopf also brought music into elementary and high schools to work with newcomers of various backgrounds.

"My students went in and did various music projects on how to enliven people’s social relationships and help them integrate into Edmonton life," he said.

Most recently, he has been exploring therapeutic applications of music, using machine learning, for example, to manipulate the sonic parameters of a sound to induce calm in a person.

He said he hopes the fcat he’s won the community connection award brings attention to music as a serious field of study—especially when it comes to securing health funding.

"Music and healing go together pretty much like coffee and cream everywhere…. To shine a little light on that is valuable, to show that it can really help motivate people, bring them together, create cultural continuity and be therapeutic in itself.”

Ethnomusicologist promotes music and healing around the world