Every day is Earth Day at UAlberta 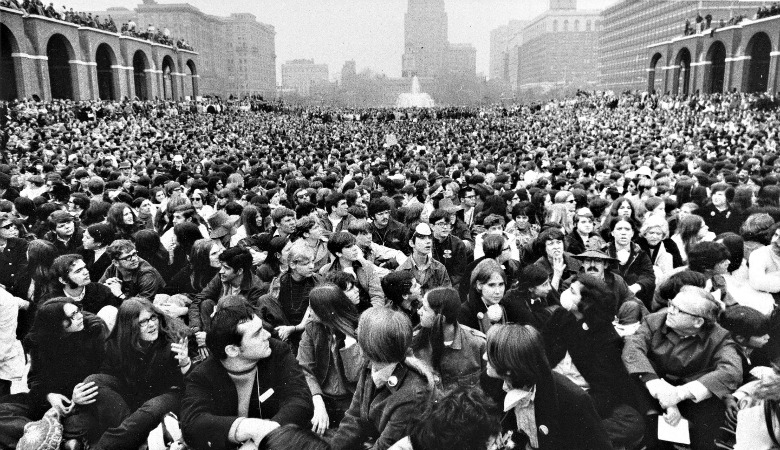 (Edmonton) The first Earth Day on April 22, 1970, symbolized a cultural turning point as thousands of passionate students gathered to demonstrate their support for environmental issues, changing the game for scientists and citizens alike.

University of Alberta professors and students have taken up the complex challenges these issues pose—challenges that demand scientific teamwork across disciplines, strong community engagement and a shared sense of responsibility. Working side by side, they are helping answer questions about what changes in the environment mean for the future of our planet.

Keeping an eye on the big picture: Environmental monitoring

Arturo Sanchez-Azofeifa, professor in the Department of Earth and Atmospheric Sciences, has his eye on the big picture of climate change. As part of his work in the U of A’s Centre for Earth Observation Sciences, his research group is actively monitoring environmental changes around the world.

Cassidy Rankine, a PhD student in Sanchez-Azofeifa’s research group, describes their work as hitting the sweet spot between the technological revolution and ecological sciences to improve our ability to adapt and respond to rapid environmental changes.

“Our lab uses satellite and airborne imagery to understand land use and land cover changes in relation to global ecology, across the Canadian Arctic to the American tropics,” says Rankine.

During his studies at the U of A, he’s also learned a lot about partnering up to get things done. He works closely with local communities to educate and empower them to manage their own environmental stewardship programs. He also collaborates with other research groups on campus in computing science and engineering, with industry partners at IBM and Microsoft Research, and with the Smithsonian Tropical Research Institute.

Understanding the impact in our own backyard

Environmental sociologist Emily Huddart-Kennedy is looking at how household income affects greenhouse gas emissions—and what she has found could help governments make the most of policies aimed at reducing those emissions.

Huddart-Kennedy, a researcher with the Department of Resource Economics and Environmental Sociology, recently discovered that the wealthiest Alberta households emitted the most greenhouse gases—more than twice as much per year as the lowest-income households. The point for policy-makers, she says, is that the higher-income households also have more control over their carbon footprint.

Huddart-Kennedy says her findings suggest governments should factor in income disparity as they make policies intended to help households get greener. “The solution in Alberta would be to push renewables, create incentives to build smaller homes and create disincentives to build low-density, auto-dependent suburbs,” she says. “Municipal governments can think about things like higher vehicle taxes for larger and multiple vehicles, and programs to reduce air travel.”

Find out more: Income disparity should be key factor in carbon policy

Secanell Gallart works with his research team and industry partners across Canada to model and test fuel cells. He says his team of graduate students and a post-doctoral fellow work closely together to create modelling software to optimize design and solve problems in building and manufacturing fuel cells, with the goal of making them more efficient and more affordable.

He also supervises the U of A EcoCar Team, a student group that has designed and built a zero-emission car that runs on a hydrogen fuel cell.

Secanell Gallart’s innovative work was recently recognized with an early-achievement award by the Association of Professional Engineers and Geoscientists of Alberta.

Getting a jump on change: Students as citizen scientists

For their study on bird deaths in urban environments, they enlisted an army of Edmonton-area homeowners as research assistants who helped them chronicle bird fatalities in their neighbourhoods. Their findings may help homeowners take practical steps to prevent birds from dying in collisions with house windows.

Bayne, a professor in the Department of Biological Sciences, says the project also equipped his students with communications planning and community engagement skills they can use for any future project that takes an army—or a village—to pull together.

Another group of science students, who just completed the first run of a course called Science 299, Science Citizenship, are also learning to hit the ground running as environmental change agents.

The course throws students into the fray to apply their talents to real-world issues by taking a global problem and scaling it to a local solution. The first cohort addressed issues like electronic recycling, water scarcity and grey-water recycling, and chronic disease prevention, says instructor Glenn Loppnow.

“Some students have had some very personal things happen to them that they want to try to and address in a way that benefits not only people that are close to them, but others,” says Loppnow.

By engaging their passion for social issues, Loppnow says, he hopes the students will create projects that will have an influence throughout Alberta and around the world—becoming part of the solution for global environmental change, one Earth Day at a time.

Find out more: Students who are (terrific) scientific citizens

Every day is Earth Day at UAlberta