Exercise, diet and lifestyle changes can prevent diabetes in people at high risk 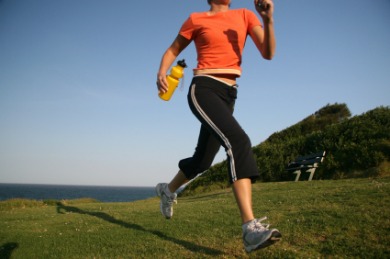 (Edmonton) People at high risk of developing diabetes can prevent its onset if they exercise, improve their diet and make one other lifestyle change such as seeking counselling or quitting smoking, according to recently published findings from medical researchers at the University of Alberta.

Faculty of Medicine & Dentistry researcher Christina Korownyk and her team, which included the Alberta Research Centre for Health Evidence, published their findings in the peer-reviewed Annals of Internal Medicine. Their results confirm similar findings by other groups.

“This is reassurance for those who are at risk of developing diabetes that there is good evidence to support comprehensive lifestyle interventions in preventing diabetes,” she said. “The benefits begin early on, within the first year, and lasted for years after the interventions ended.”

Korownyk, who works in the Department of Family Medicine, reviewed data from nine clinical trials with patients who were at risk for diabetes, and 11 trials for patients who had diabetes. The trials took place between 1980 and 2013. The lifestyle changes patients made ranged in duration from six to 72 months, with some patients being followed for as long as three to 20 years after the changes were made. The third lifestyle change patients made, other than improved diet and more exercise, included counselling, goal setting, cooking lessons, stress management, medication, or glucose and blood pressure monitoring. In this review, people considered at risk of developing diabetes included those with metabolic syndromes, impaired glucose tolerance, insulin resistance and impaired fasting glucose.

Korownyk’s research also revealed that lifestyle interventions didn’t improve mortality rates for people with diabetes, but she cautioned that more research needs to be done in this area. Most of the trials the research team looked at didn’t examine mortality rates because patients have to be followed for a much longer time.

“I don’t think these findings should be interpreted as diabetics don’t need to exercise or eat healthy,” she said.

“The majority of the studies we looked at focused on markers including glucose control, blood pressure and weight. Changes in these markers can be seen much earlier and thus are easier to measure, whereas trials that look at clinical outcomes like cardiovascular problems and mortality rates require much longer intervention or followup. This review highlights the need for further research that evaluates whether mortality rates decline once Type 2 diabetics make lifestyle changes.”

The Agency for Healthcare Research and Quality and the Centers for Medicare & Medicaid Services funded the research.

Exercise, diet and lifestyle changes can prevent diabetes in people at high risk