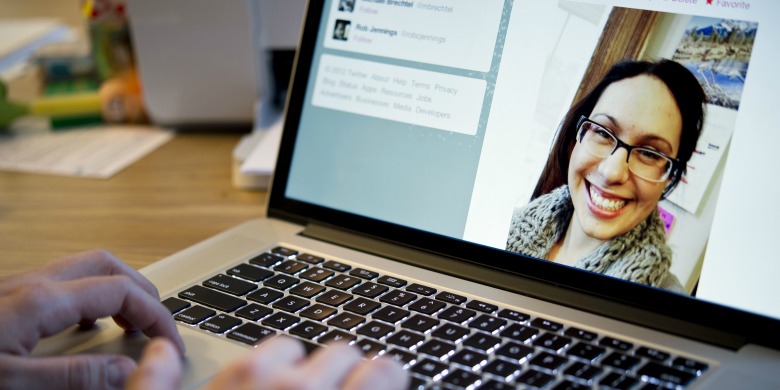 121212-kirstenlindquist-banner
Kirsten Lindquist, an undergraduate student in the Faculty of Native Studies at UAlberta, is doing research into how indigenous intellectuals are using Twitter and how social media can help to engage and involve indigenous community members. (Photo: John Ulan)

(Edmonton) University of Alberta student Kirsten Lindquist spends a lot of time online and along the way, has come to realize the power of the tweet.

Serving as president of the Native Studies Students Association and as editorial assistant for the U of A-based journal Aboriginal Policy Studies, Lindquist has evolved from simply posting information online to communicating through social media, particularly Twitter.

“It reached a level where people were asking questions and tweeting back.”

That interaction led Lindquist, an undergraduate student in the Faculty of Native Studies, to launch an honours project that explores the reach of Twitter for indigenous communities.

“I became intrigued with how social media can be used in academic studies.”

Titled Indigenous Twibes in 140 Characters or Less, Lindquist’s research project is following five prominent indigenous intellectuals who share information through Twitter, their blogs or other open sources, and who also actively promote Twitter accounts on their own websites, through university faculty sites and by retweeting.

“I want to monitor how we interact in terms of learning and find out how students and the indigenous community at large can engage and influence academia,” said Lindquist. “It is about trying to tie together the Twitterverse with the physical spaces and pedagogical spaces of universities and classrooms, and saying to intellectual leaders, here’s how we can put it to use in the real world.”

Her Twitter project explores how social media could be used to draw indigenous community members into the dialogue of university classrooms. “If we aren’t involving the community, how can we call it indigenous studies?”

Over two months, Lindquist is collecting data on hash tags, mentions, number of tweets, followers, following and retweets, to analyze content themes, discussion topics and frequency of participation in Twitter conversations. She also plans to review existing academic studies and Canadian census statistics on the topics of indigenous academic leadership, pedagogies and use of social media.

Part of that research will be to find out how extensively indigenous communities have Internet access, and how they are using it.

Lindquist graduated from the U of A in 2008 with a commerce degree, and after working in the marketing field for a few years, decided to return to school, this time drawn to the native studies program. Of Métis descent, Lindquist, who grew up in the Elk Point area of northern Alberta, wanted to explore career goals “more connected to my heritage.”

The Faculty of Native Studies, with its rich offerings of research opportunities for undergrads, has opened new doors for her, said Lindquist.

“It has shown me the possibility of extending my education to graduate studies or PhD studies. I had never seen myself continuing in academia and now I see myself doing that.”

Lindquist is also grateful for the guidance and support offered by professor Nathalie Kermoal on the project. “She has been so encouraging and supportive of this topic.”

Ultimately, Lindquist hopes that by tracking the comings and goings on Twitter, her project can provide some insight that will benefit all involved: indigenous academics, students and communities.

“I’d like to see this contribute to the field of native studies, in rethinking the traditional classroom and how we can engage and recruit more people.

“For indigenous intellectuals, there are opportunities for more engagement and for evaluating whether their current world views and ways of teaching connect with students—or is there something more they can learn?

“At the community level, I hope people feel they can engage in social movement, with others that they didn’t think they could talk with. Where indigenous peoples have traditionally been marginalized, it can create new safe spaces where they can be who they are.”