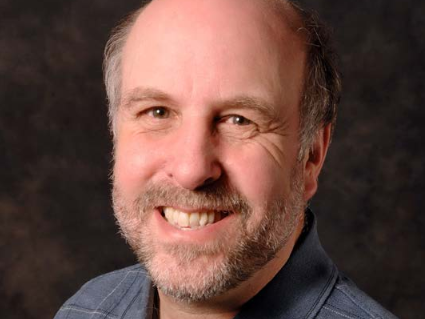 The Alberta Cancer Foundation has announced $3 million in funding over three years to support a team of cancer researchers led by Faculty of Medicine & Dentistry member Michael Weinfeld. The team will focus on blocking the ability of colorectal cancer tumours to repair themselves after radiation or chemotherapy treatment.

“Radiation and many widely used chemotherapeutic agents kill cells by damaging their DNA,” says Weinfeld, a professor in the Department of Oncology. “So one of the reasons cancer cells may be resistant to treatment is that all cells have the capacity to repair DNA damage.” The team plans to develop drugs to be ready for clinical trials in about five years. The drugs will target two DNA repair enzymes—PNKP and ERCC1-XPF—to block their abilities to repair DNA in the cells. This will then make the cancer cells more sensitive to conventional radiation or chemotherapy treatment.

However, the team must avoid blocking the ability of normal cells to repair DNA damage and making those cells more sensitive to treatment as well. One means of accomplishing this will be to deliver the drug directly to the cancer cells using nanoparticles.

“This research could make current treatment for colorectal cancer more effective and could help reduce the dosage of the current drugs we use,” explains Weinfeld.

Those words are music to the ears of Denise Silzer, who was diagnosed with colorectal cancer in 2012 on her 37th birthday. “This research is absolutely exciting,” she says. “Fewer treatments and less side-effects would allow patients to be more present for friends and family. I wouldn’t have to miss my sons’ hockey games. I could actually get out of bed and be there for my family.”

Silzer’s life changed instantly after her diagnosis three years ago. After surgery to remove the tumour in her colon, she underwent six months of chemotherapy. The treatment brought a litany of side-effects such as pain, fatigue, nausea and sensitivity to light, taking a tremendous toll on Silzer and her family. Three-and-a-half weeks ago she had surgery to remove the lower left lobe of her lung, where the cancer had spread. Silzer now faces further chemotherapy treatments.

Colorectal cancer is one of the top four most commonly diagnosed cancers in Canada, along with lung, breast and prostate cancer, and causes 12 per cent of all cancer deaths in this country. By 2017, nearly 2,500 Albertans will be diagnosed with colorectal cancer. More than 800 of those people will die.

“Dr. Weinfeld has a rich history of being both an innovator and a leader in cancer research,” says Richard Fedorak, interim dean of the Faculty of Medicine & Dentistry. “This funding will allow his team to generate valuable new knowledge about colorectal cancer, which in turn will lead to more effective patient treatment. I am proud to say that with the ongoing partnership and support of the Alberta Cancer Foundation, our scientists will continue to play a vital role in the global fight against cancer.”

Weinfeld notes that the 2015 Nobel Prize in chemistry was awarded to three pioneers of DNA repair. His work and that of this team is building upon and adding to that body of knowledge. The Alberta-wide multidisciplinary team includes researchers and clinicians with expertise in chemistry, computer science, structural biology, molecular biology, cell biology, pharmacology and oncology.